Trump's replacement for Kavanaugh won't talk about Brown v. Board of Ed decision 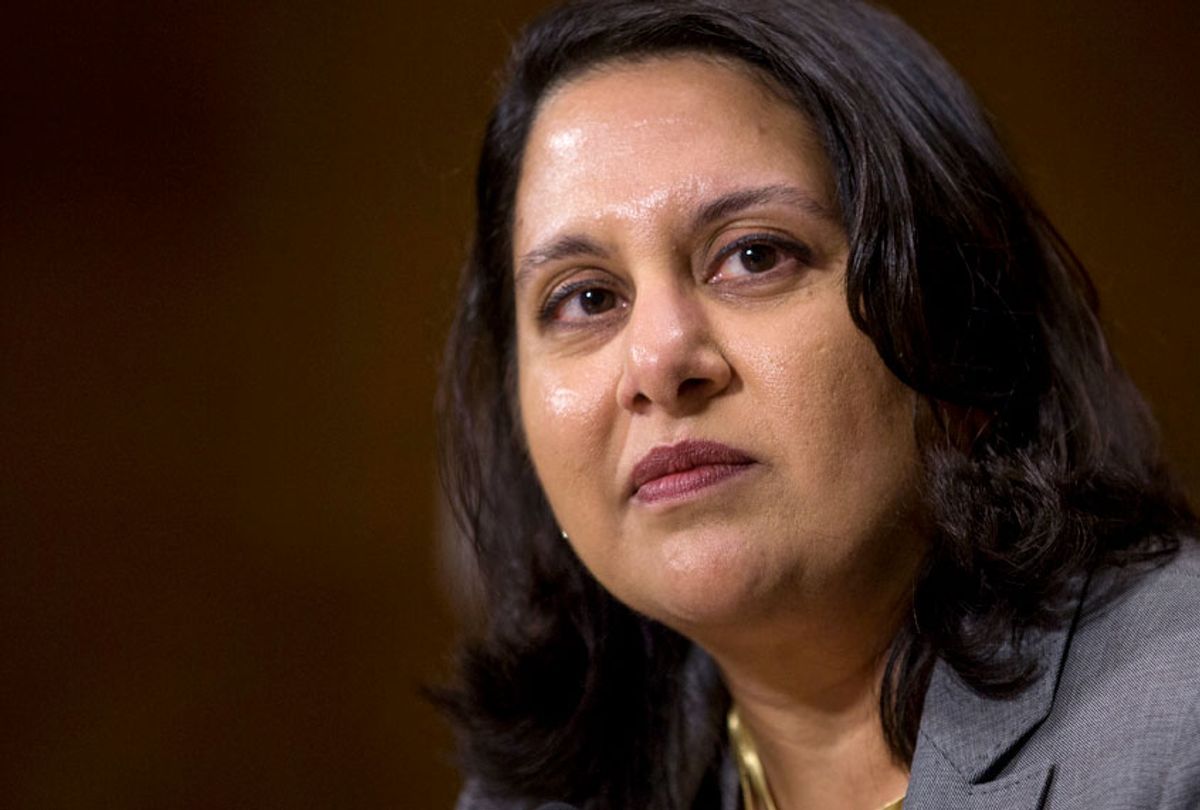 Neomi Rao, the conservative lawyer nominated by President Trump’s to replace Supreme Court Justice Brett Kavanaugh on the D.C. Circuit Court of Appeals, refused to say whether Brown v. Board of Education -- the Supreme Court decision that desegregated public schools -- was correct during her Senate Judiciary Committee hearing on Tuesday.

“Brown is a really important precedent of the Supreme Court,” Rao told Sen. Richard Blumenthal, D-Conn., in response to his questions about.

“So you believe it was correctly decided?” Blumenthal asked.

Rao replied that it was “not appropriate” for her to respond.

Blumenthal said that he was “struck" that "someone who has said that you were a victim of discrimination, very unjustly and unjustifiably," was "unwilling to say that Brown v. Board of Education was correctly decided.”

Rao again repeated that it was an “important” decision and Blumenthal again pressed her to say whether it was correctly decided.

“It’s an important and longstanding precedent of the Supreme Court,” Rao repeated.

“And so it could be overruled too,” Blumenthal pointed out.

Rao was grilled on a number of past positions, particularly her statements criticizing rape victims.

Rao wrote a college op-ed claiming women could avoid rape by staying sober, BuzzFeed News reported. In another op-ed, she wrote that it was “dangerous” for feminist ideology to teach women they are “equal” to men.

Rao admitted that “looking back at some of those writings” made her “cringe.”

"I certainly regret any implication of blaming the victim,” she told the committee, though she added,“I tried to make the common sense observation that women can take certain steps to make sure they’re not a victim.”

In the 1994 op-ed that she wrote while at Yale, Rao wrote that if a woman "drinks to the point where she can no longer choose, well, getting to that point was part of her choice."

"It has always seemed self-evident to me that even if I drank a lot, I would still be responsible for my actions,” she added. “A man who rapes a drunk girl should be prosecuted. At the same time, a good way to avoid a potential date rape is to stay reasonably sober."

In another op-ed, Rao wrote that feminist ideals led women to "develop an artificial, alternative world in which women are free from sexual danger and 'no always means no.'"

"The same rules and practices which proscribed an ostensibly subordinate position for women in society also provided greater protection from horrors such as rape," she added.

Sen. Joni Ernst, an Iowa Republican who said last month that she was sexually assaulted in college, told Rao that her past writings concerned her about the "message that we are sending young women everywhere."

Rao insisted that she had since "matured as a thinker, writer and a person."

BuzzFeed News reported that in other writings, Rao described race as a “hot, money-making issue,” affirmative action as the “anointed dragon of liberal excess,” welfare as being “for the indigent and lazy,” and LGBT issues as part of a “trendy” political movement.

“Neomi Rao's record of offensive statements about women, sexual assault survivors, LGBTQ people, people of color and the environment is matched only by her track record of advancing federal government policies that are deeply harmful to these same communities and interests,” she said in a statement.