Collins made a failed motion to adjourn the hearing, which he ripped as "political theater," during opening remarks 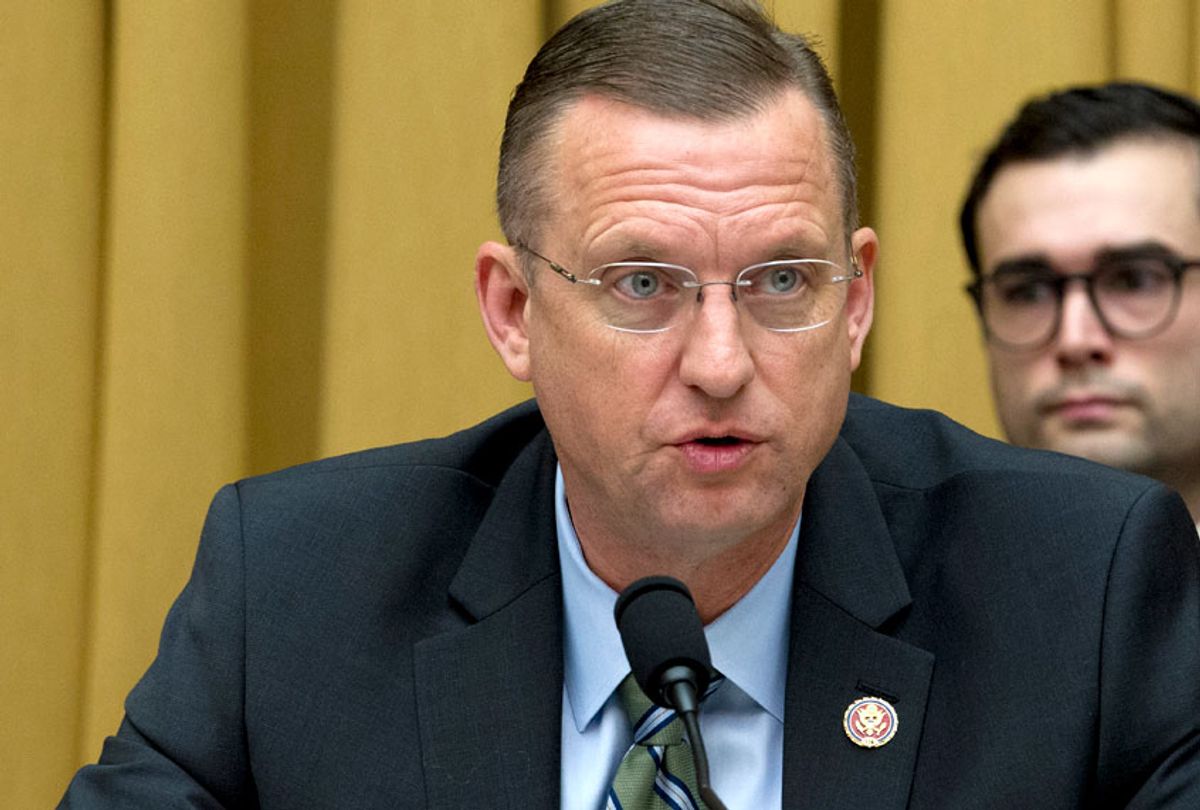 "This is nothing more than character assassination," Collins, who is the ranking member of the committee, said during his opening statement ahead of Whitaker's testimony. "By next Thursday, Bill Barr will be attorney general. This gentleman is finishing up his term as acting attorney general."

Collins, who represents a district that voted overwhelmingly for President Donald Trump in the 2016 election, compared Democrats to children searching for Easter eggs hoping to find something that could bring down the president and his administration.

"I want to tell you a story: My kids are now grown. They're 26 and down to 20. And I used to always love the Easter season, and the time of especially hide-and-seek and going to find the eggs, and that look on their face when they found that last egg they were looking for and just that look of surprise," he said. "And, yesterday, was that for me again. I was back being a father again, because yesterday was nothing but pure political theater. It was wonderful! It was a time for hide-and-seek. The chairman had a hearing, 'Let's do a subpoena! We're going to stand tough!'"

Collins heated opening statement comes after the committee preemptively authorized a subpoena to use if Whitaker did not respond to questions on Friday. In response, the Justice Department said Whitaker would not appear before the panel under a subpoena threat. Finally, the Democrats said they would agree to withhold any subpoena until Friday.

Collins said he had "warned this committee a preemptive subpoena wasn't a good idea" and said it could have a "detrimental effect to the acting attorney general."

"But, hey, I'm the minority. Who cares?" he asked, suggesting that Democrats, who seized control of the House of Representatives during the 2018 midterm election cycle, were overreaching their oversight authority early into their new majority.

Earlier this week, the House Intelligence Committee, now chaired by Rep. Adam Schiff (D-Calif.), announced plans to reopen and expand its investigation into Russia's actions during the 2016 election, contacts between the Russian government and Trump's team, as well as "whether any foreign actor has sought to compromise or holds leverage, financial or otherwise, over Donald Trump, his family, his business or his associates." That committee voted on Wednesday to send more than 50 interview transcripts from its Russia probe interviews to Robert Mueller, the special counsel who is investigating Russian interference in the 2016 election and allegations of collusion or obstruction of justice by the commander-in-chief. Mueller could potentially use these transcripts to pursue charges of perjury.

In response, the president criticized Schiff, telling reporters that he was "trying to build a name for himself. And I think that's fine, because that's what they do. But there would be no reason to do that. No other politician has to go through that. It's called presidential harassment, and it's unfortunate and it really does hurt our country."

Collins concluded his opening remarks with a motion to adjourn the hearing. That motion was defeated.