Rep. Rob Woodall of Georgia just announced that he will not seek reelection in 2020 after winning narrowly in Nov. 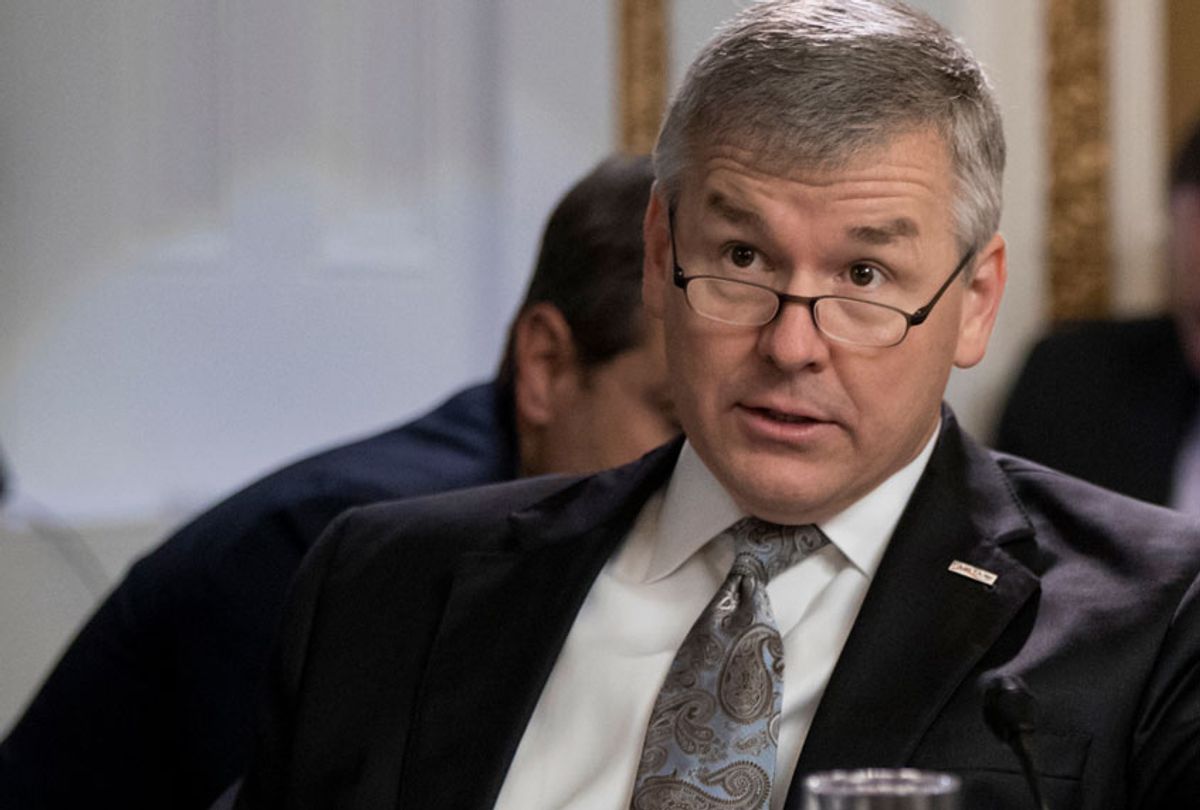 Less than a month after the official start of the new congressional session, a Republican incumbent with a decade-long record in the House of Representatives has announced his impending retirement.

"Doing what you love requires things of you, and having had that family transition made me start to think about those things that I have invested less in because I've been investing more here," Rep. Rob Woodall, who represents the 7th district of Georgia, told the Atlanta Journal-Constitution on Thursday.

Although Woodall insisted that no one has asked him to step aside, it's hard to imagine that internal Republican Party politics didn't play a role in his decision. Woodall won a very close reelection campaign in 2018, with Democratic nominee Carolyn Bourdeaux coming within 500 votes of beating him after a recount. Woodall's right-wing critics felt that he didn't run a sufficiently negative campaign against Bourdeaux and didn't invest sufficient amounts of campaign money on television spots.

As Woodall tells it, though, the problem was making sure that he could focus on his legislative priorities despite the fact that his seat would automatically be competitive in 2020.

"There are going to be a lot of cooks in the kitchen in here, and even as adamant as I am about the way I want to run the show, it would have been harder to keep control over a message as outside groups come in on both sides," Woodall told the Atlanta Journal-Constitution.

Woodall's waning political fortunes are a reflection of the changing political demographics in America. Although wealthy suburbs like his own used to be considered reliably Republican country, President Donald Trump's perceived ideological extremism and character flaws have caused many of these suburban voters to abandon the Republican Party brand.

Woodall's retirement also continues a trend of Republican congressional retirements that began with the 2018 election cycle. More than three dozen Republicans announced they were retiring during that cycle, according to CNN, including House Speaker Paul Ryan of Wisconsin — a man who, after serving as Mitt Romney's vice presidential running mate in 2012, was viewed by many as a rising star in the Republican Party.

"Past research has found the emergence of "strategic retirement" by politicians when they think re-election is less likely," CNN wrote in November 2017. "The recent results in Virginia and subsequent Republican departures suggest this phenomenon may be in effect." Those recent Virginia election results, ironically, were the ones that elected the now-controversial Ralph Northam as governor and Justin Fairfax as Lieutenant Governor.

Another consequence of Woodall's retirement is that it will shine a light on potential voter suppression in Georgia as Democrats move to fill his seat.

"Now we have, as we know, 340,134 people purged for moving who didn't move," journalist Greg Palast told Salon last year. "We don't know how many will vote, but if they show up, they have been given no notice, and when they show up a lot of them will be shocked to find that they have been removed from the voter rolls."