Salon's reader comments of the week: "I packed a bag and fled"

This week we talked about the problem with work, fear of death and escaping abuse 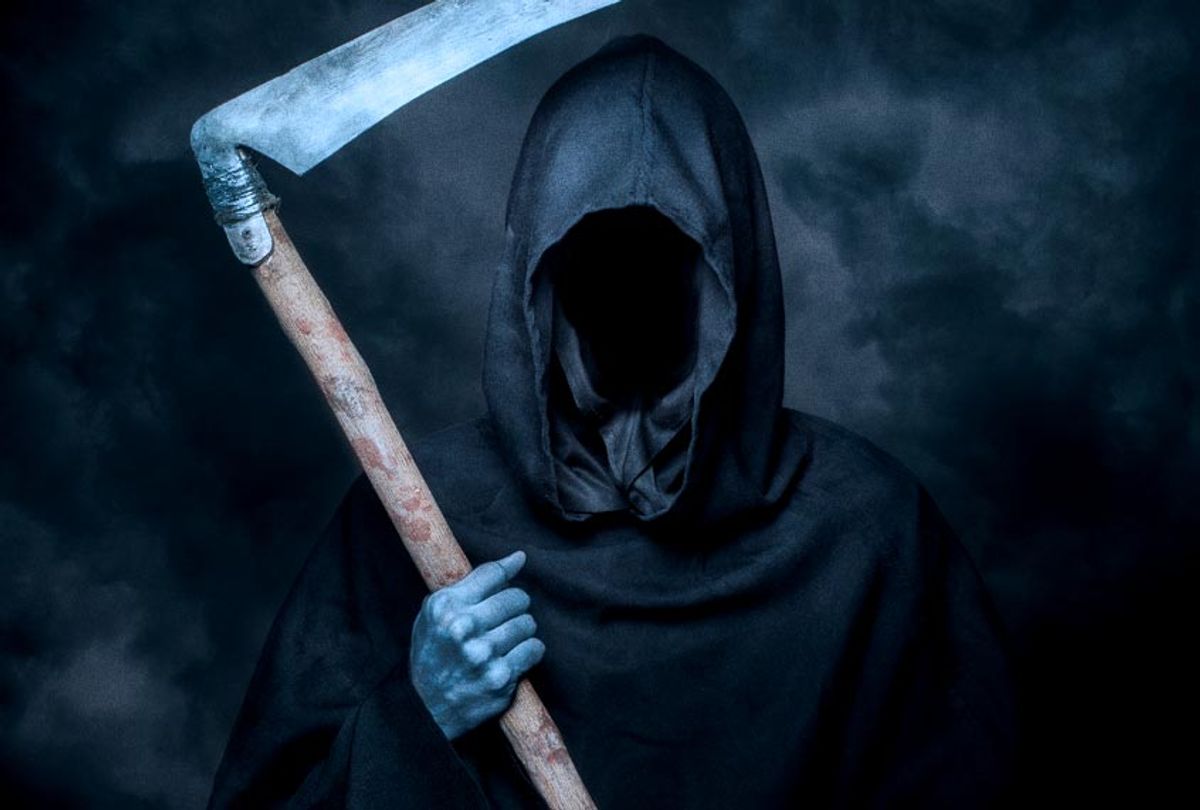 We don't have a healthy relationship with death. Can humor and science help?

A few years ago I entered into an agreement where my body will be harvested upon death. Whatever use can be gleaned from any respective body parts will be taken (organ harvesting, use of the bones as a skeleton for medical display, etc.) and any remaining bits will be cremated and returned to family members to dispose of/inter/keep as they wish. Really doesn't matter to me at that point.

A lot of fetishization occurs around the body of the deceased for many people. This has been true for a LLLOOOONNNNGGGG time in human history. I don't really see why, as the part of any individual that generated good/bad feelings departs when they cease to be interactive with others. Humans are "funny" that way.

Death in US culture (which is truly the only one I can respond to with any real depth of participation) is primarily feared. Which, in my opinion, is not an exceptionally healthy reaction. It's going to happen to everyone, after all, and the main point for me is to use the time that I have while alive to try and make things more pleasant for myself and my fellow humans. Not seeking death, while at the same time not being paralyzed by the knowledge of its inevitability. Humor can go a long way in mitigating the dread of it's eventual power of oneself and all others. — Bmccollaum

The case for a 4-day workweek

In spite of the fact that they are more productive than ever before, American workers are in a desperate situation. The bottom 80% lives from paycheck and with virtually nothing in savings.  With deindustrialization, the financialization of the economy, outsourcing, and robotics they have little hope for a good life in the future.

The Greek economist, Yanis Varoufakis, is now arguing that the only hope for the working class and for an equitable distribution of wealth is a universal guaranteed minimum income.  I tend to agree.

It actually could be feasible if we stop corporate welfare, make the wealthy pay their fair share of taxes, and dramatically cut our obscene military budget. — Eugene V. Debs

It is difficult to 'walk away and take ownership of your life when you have no viable means of doing so. Abusers separate you from your support systems. My abusive ex-husband managed to get my mother to take his side, ran up thousands of dollars in credit card debt, separated me from all but one of my friends and threatened to kill himself if I left him.

Additionally, when you're the victim of emotional abuse, it is next to impossible to feel any self-worth. You almost literally need someone to come to your rescue because you have been rendered unable to take ownership of your life.

Thankfully, I did have that one friend. In order to take ownership of my life. It had to reach the point where he threw a CRT computer monitor at my head. I had a momentary out of body experience where I realized how bizarre the whole thing was. A co-worker pointed out a bruise on my arm and wouldn't let me brush it off ("Your husband grabbed you, didn't he?") and my one remaining friend was making plans to move out of state and wanted me to come with her. I packed a small box of stuff, a bag of clothes and my last paycheck of $300.00 and fled. Without that one friend, though, I would never have had the means to leave. — Broken Tryst