"The Lego Movie 2": Everything's still awesome in this franchise (for now)

"The Lego Movie 2" has the same wit, creativity and heart as its surprisingly successful predecessor 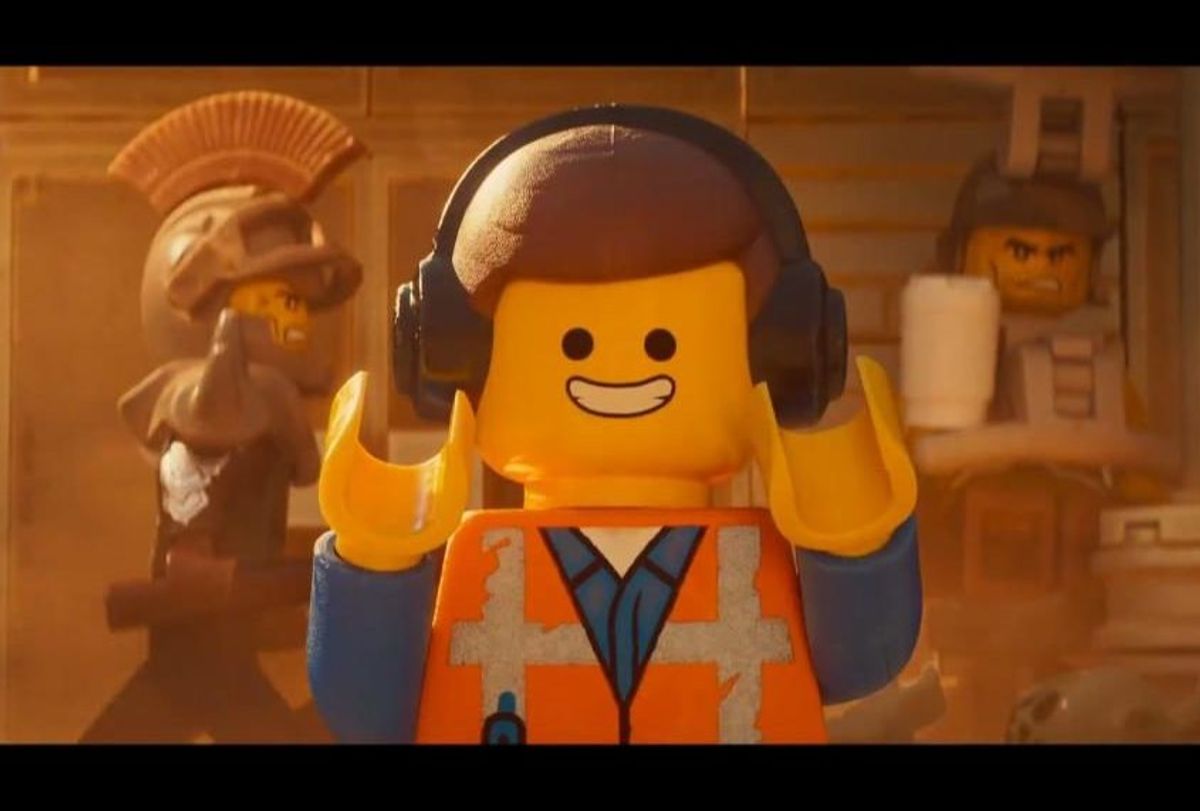 The expression "more of the same" isn't always what artists want to hear, but for "The Lego Movie 2: The Second Part" it is very good news indeed. It is hard to imagine any fan of "The Lego Movie" feeling that its sequel doesn't deliver the same witty, creative, heartfelt goods that the original produced in spades.

"The Second Part" picks up immediately where its predecessor left off, with Emmet Brickowski (Chris Pratt), Lucy/Wyldstyle (Elizabeth Banks), Bruce Wayne/Batman (Will Arnett), Benny (Charlie Day), Princess Unikitty (Alison Brie), MetalBeard (Nick Offerman) and the other characters from Part One being unexpectedly greeted by Duplos controlled by a little girl named Bianca (Brooklynn Prince). As the first movie established, our heroes are the product of the imagination of a male child named Finn (Jadon Sand), which means his possessiveness and sibling rivalry toward his younger sister is transmogrified into a Lego-world battle between Finn's heroes and Bianca's new characters, including Queen Watevra Wa-Nabi (Tiffany Haddish), General Sweet Mayhem (Stephanie Beatriz) and Ice Cream Cone (Richard Ayoade).

Narratively speaking, this film follows many of the same beats as the first one: We're introduced to the Lego world through a number of creative visuals, there are more pop culture references and witty one-liners than you can shake a stick at, the climax turns our understanding of the story on its head with an unexpected plot twist. In a lesser movie, this would be a death knell; blockbuster franchises often spell their own doom when they try to ape the pattern that worked in the original instead of trying to do something different with that premise. But "The Second Part" manages to pull it off.

First, and most importantly: "The Second Part" is ideal family entertainment. As an adult I laughed at a number of jokes that most likely went over young viewers' heads, and yet at no point did I feel like I had to mentally check out for juvenile-oriented parts. Kids seemed to love it too; my theater filled with laughter from its junior contingent pretty much from start to finish. The mile-a-minute gags clearly had their intended effect on the young audience, who provided a welcome running commentary throughout. A little girl in the row behind me shouted loudly — in that inappropriate-but-charming way only kids know how to project — when the RBG Lego made its cameo: "I know who that is! Ruth Bader Ginsburg!" She was obviously quite proud of herself for recognizing the Supreme Court justice, and rightly so.

Additionally, the heartfelt message that comes at the end of this film — just like the heartfelt message at the ends of its predecessor — feels both earned and distinctly family-appropriate. In the first movie, viewers unexpectedly discovered that the whole tale was a parable about the importance of letting children play with toys — and, by implication, lead their lives — according to their own unique and creative visions, rather than being controlled or stifled by adults. Here the lesson is a bit more complex, using certain characters to argue that it's important to be receptive to change and others to underscore the need to accept who you are right now. The common theme is that you should do what makes you happy, rather than what other people expect of you.

And, of course, both movies emphasize the importance of sharing your Legos, a message that helps The Lego Group's bottom line while still imparting a valuable lesson for its younger viewers.

Finally, credit must be given to director Mike Mitchell and screenwriters Phil Lord and Christopher Miller. A high-concept comedy like this one sinks or swims based on the quality of the story and its execution. As the co-directors and co-writers of the first movie, I wasn't surprised that Lord and Miller delivered the goods again on this occasion. Mitchell, on the other hand, was a bit more surprising: His directorial debut was "Deuce Bigalow: Male Gigolo" and his subsequent filmography includes stinkers like "Surviving Christmas," "Shrek Forever After" and "Trolls." It's hard to say whether he succeeded here because of the influence of Lord and Miller or because he has also directed the occasional good movie ("Sky High"), but either way he managed to helm a worthy successor to the project that had originally been Lord and Miller's baby.

If there is any fault to be found in "The Second Part," it's that the filmmakers run the risk of boxing themselves into a corner. Yes, the second rehashing of this same premise was executed with sufficient skill that the movie still works — and the fact that five years passed since the first one probably helped make that seem less uninspired — but this approach is unlikely to be effective indefinitely. If a third movie gets made and doesn't bring anything new to the table, or find any meaningful way of deviating from the formula of the first two installments, the adherence to formula will almost certainly get old, with the quality suffering as a result.

Having added that note of caution, though, I can heartily recommend this Lego Movie sequel as being every bit a true "second part" to the original film. It is smart, sincere and visually inventive, with perfectly cast voice actors and jokes that will keep adults and children alike entertained.