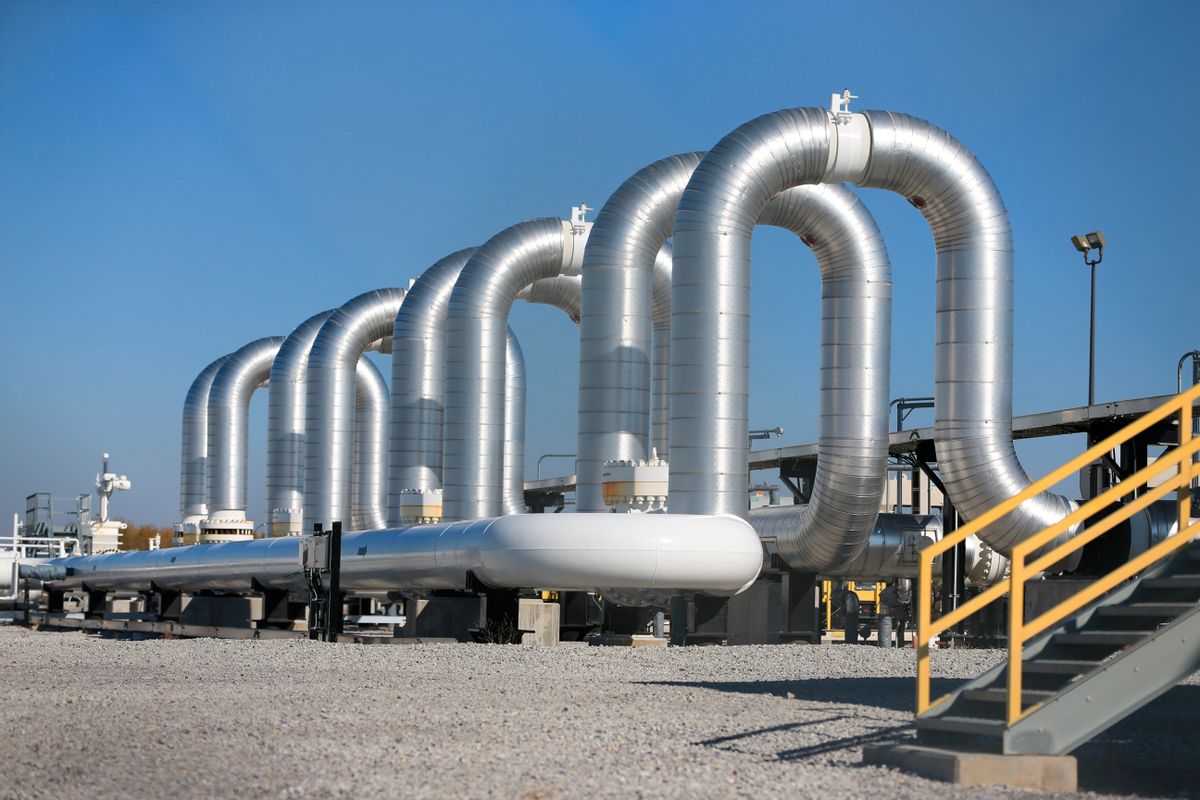 Four climate activists attempted to shut down the Enbridge Line 3 and Line 4 pipelines, which carry oil from Canada’s tar sands region into the U.S., on Monday.

In a statement, the group called themselves “The Four Necessity Valve Turners,” a nod to the so-called “necessity defense,” which it will likely use to defend its actions in court in the coming months.

“The extraction of the tar sands oil flowing through these pipes represents an ongoing atrocity against the boreal forests of Canada,” said Daniel Yildirim, one of the activists. “I refuse to stand by in silence as this river of death flows through the Great Lakes region.”

Added Allyson Polman, another of those involved in the action: “This is an act of grief for the state of violence the world is in. This is an act of celebration for the beauty of the earth.”

The four activists disrupted the pipeline near Grand Rapids in northern Minnesota. According to the Four Necessity Valve Turners website, their intervention involved cutting the locks on an emergency cut-off valve in the pipeline, and then manually turning the valve closed.

The group had informed Enbridge before conducting the action — and the company subsequently shut the pipeline off remotely. The activists, who are members of the Catholic Worker movement, have been arrested and are currently being held at the Itasca County jail. The quartet posted a video of its action on Twitter, writing: “Since politicians won’t act, we did.”

A Minnesota judge recently dropped charges against another group of activists for a similar valve-turning action in 2016. The decision meant the defendants were not able to make the argument that climate change has grown into such a dire emergency that it requires acts of civil disobedience.

A replacement for the Line 3 pipeline, which is more than 50 years old, has become a sticking point in Minnesota politics with youth activists and tribes arguing against new fossil fuel infrastructure on both climate and pollution grounds.

In a statement provided to the Minneapolis Star-Tribune, Enbridge said: “The actions taken to trespass on our facility and tamper with energy infrastructure were reckless and dangerous.”