White House chief of staff Mick Mulvaney warns that if Trump can't get a border wall, there may be another shutdown 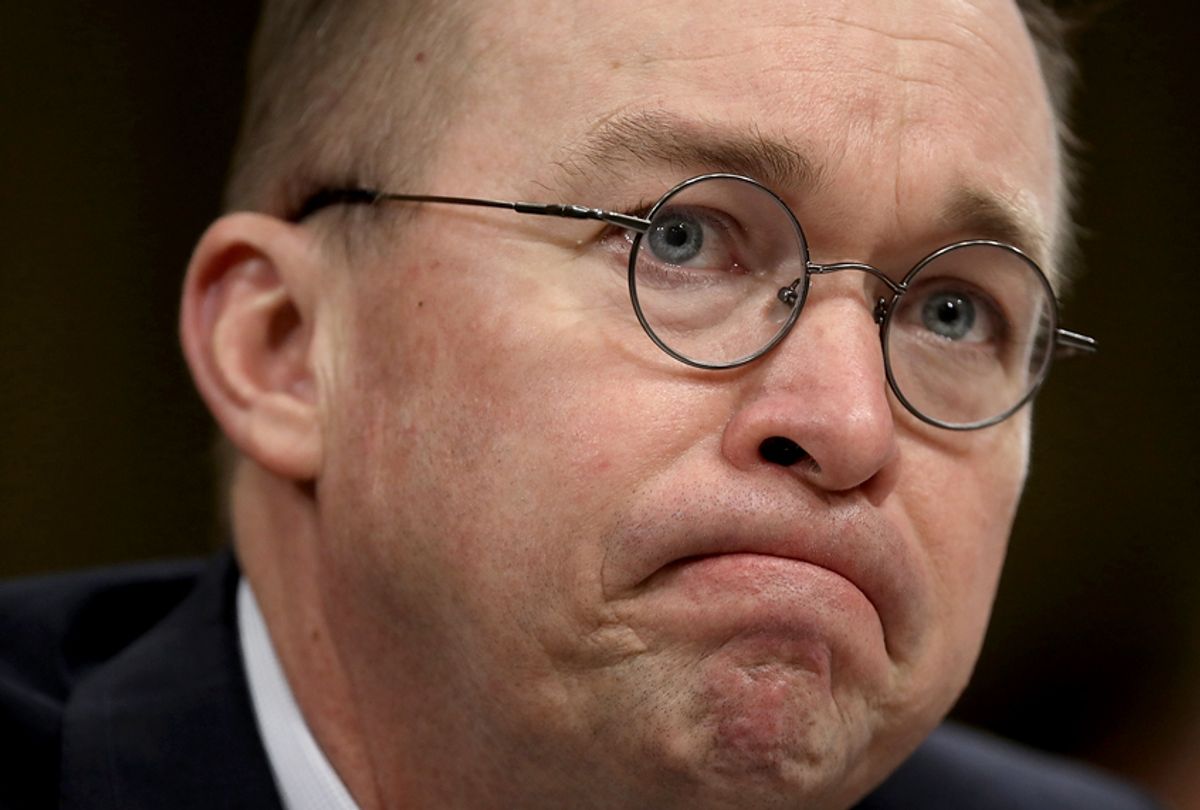 On Sunday President Donald Trump's chief of staff told NBC's "Meet the Press" and Fox's "Fox News Sunday" that there could be another government shutdown if the White House doesn't get what it wants on a US-Mexico border wall.

"Let's say the hardcore, left wing of the Democrat Party prevails in this negotiation and they put a bill on the president's desk with, say, zero money for the wall, or $800 million, an absurdly low number," White House chief of staff Mick Mulvaney told "Meet the Press" on Sunday. "How does he sign that?"

The former South Carolina congressman has correctly anticipated the president's behavior in the past. In December he told Fox News Sunday regarding the government shutdown that "it’s very possible that this shutdown will go beyond the 28th and into the new Congress," a prediction that later proved to be accurate. Mulvaney also noted at the time that Trump's personality had made negotiations more difficult, pointing out that "this is what Washington looks like when you have a president who refuses to sort of go along to get along."

In his "Meet the Press" appearance on Sunday, the White House chief of staff also hinted that Trump may declare a national emergency in order to fund a border wall.

"If you end up someplace in the middle, yes, then what you'll probably see is the president say, 'Yes, okay. And then I'll go find the money someplace else'" to fund a wall on the southern border, Mulvaney explained.

"The president really does believe that there is a national security crisis and a humanitarian crisis at the border, and he will do something about it. So whether or not he gets $1.6 billion from Congress, whether or not he gets $2.5 [billion] or $5.7 [billion], he's going to do whatever he legally can to secure that border," Mulvaney added. "There are pots of money where all presidents have access to without a national emergency. And there are ones that he will not have access to without that declaration."

"The president is going to build the wall," Mulvaney explained, according to Fox News. "Our attitude at this point is we will take as much money as you can give us and then we will go find money someplace else legally in order to secure that southern barrier, but this is going to get built with or without Congress."

He also repeated his assertion that a government shutdown was on the table.

"The government shutdown is technically still on the table; we do not want it to come to that but that option is still open to the president and will remain so," Mulvaney told "Fox News Sunday" viewers.