Joy Behar to "View" co-host Meghan McCain: “If you’re going to have a hissy fit, we can’t continue"

The two co-hosts spar on "The View" Democratic over Sen. Amy Klobuchar’s entry into the 2020 presidential race 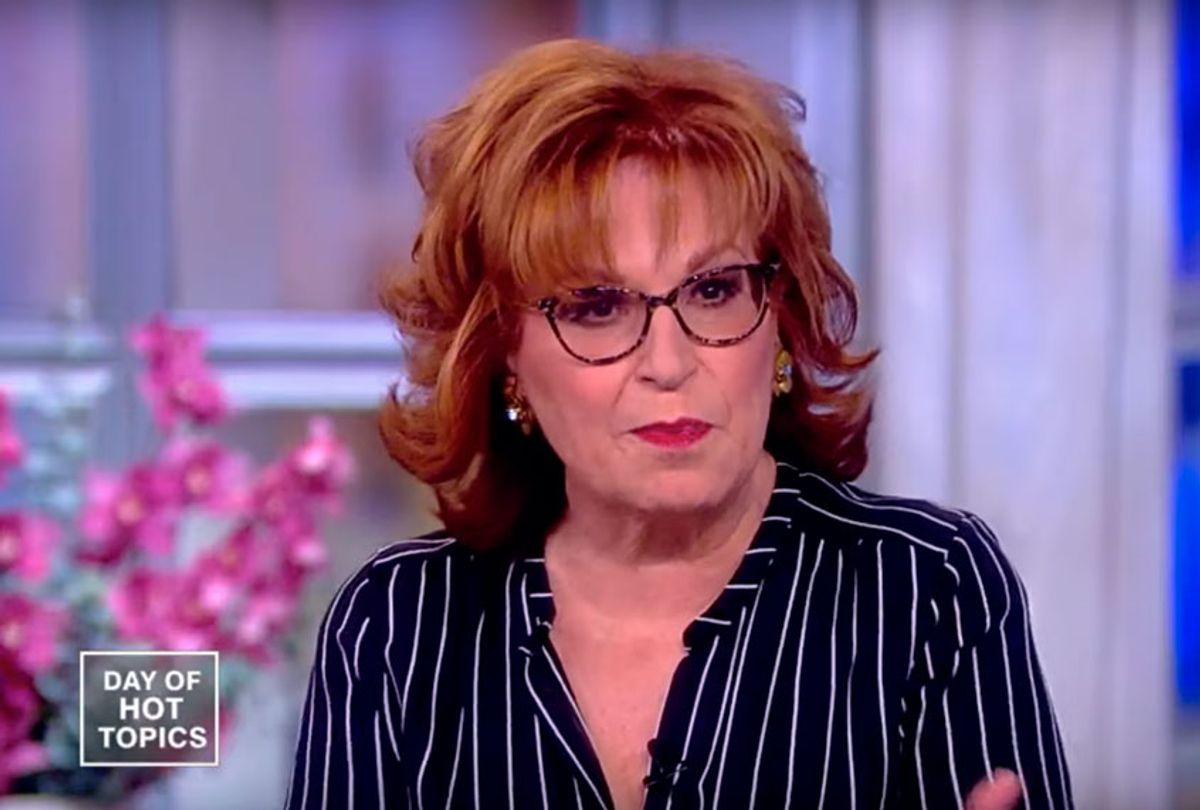 The pair clashed right off the bat, as Behar introduced the segment on Klobuchar announcing her candidacy during a snowstorm in her home state of Minnesota, which President Donald Trump used as an excuse to question climate change.

“Can I finish?” Behar said, after McCain muttered her disapproval at focusing on Trump’s tweets.

Behar then noted Klobuchar’s response, which included a shot at Trump’s combover hairstyle.

“This whole thing is so stupid,” McCain complained.

Co-hosts Abby Huntsman and Sunny Hostin disagreed whether Klobuchar should have engaged in a personal attack on the president, with the conservative Huntsman saying it represented “bullying” and a “slide to the bottom,” and McCain barged into the conversation.

“Can I speak now, permission to speak now on Amy Klobuchar, we’re all good?” McCain said, adding that she had two points to make before interrupting herself. “Nope, by all means, keep going, Joy.”

Behar looked baffled, and then scolded her colleague.

“If you’re going to have a hissy fit, we can’t continue,” Behar said, and then introduced the next topic. “Let’s go to Sen. Elizabeth Warren, she had another awkward moment on the campaign trail when she was caught yanking her grandson into a photo op. Look at that. Now, you want to talk about that? Anybody?”