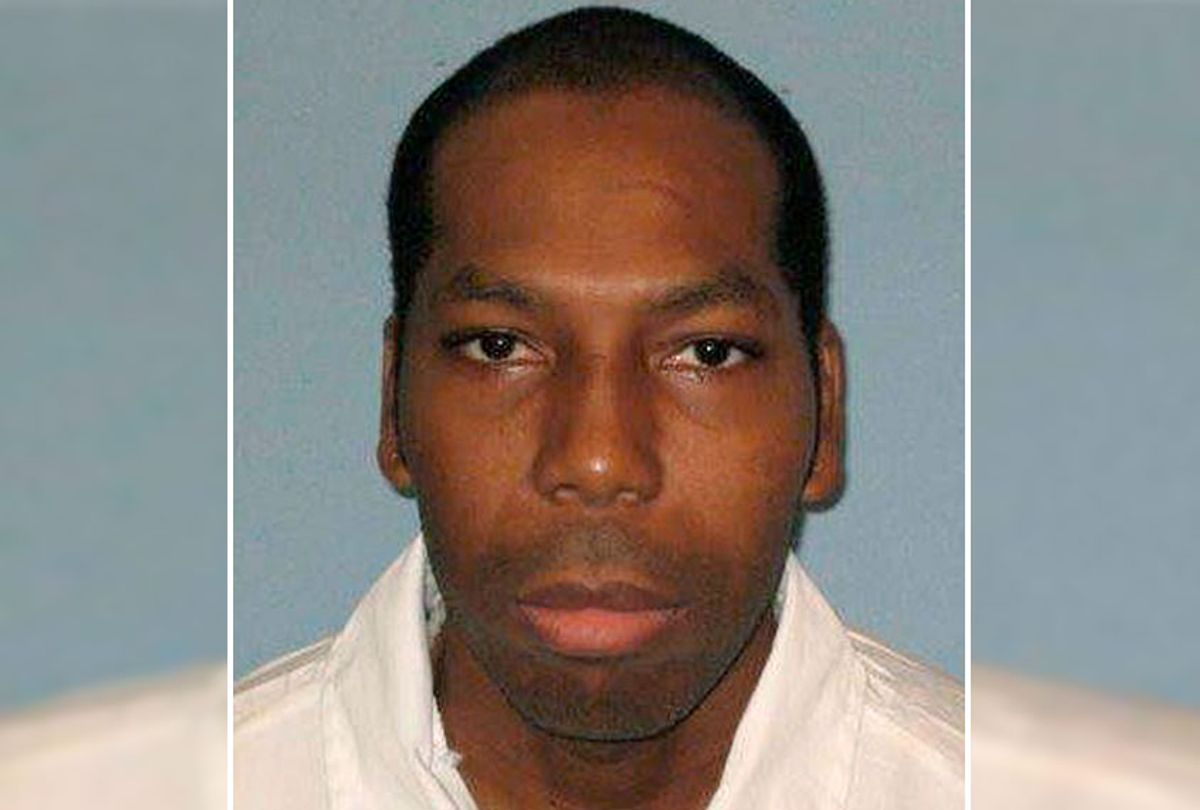 A Muslim man was executed last Thursday in Alabama after the Supreme Court denied his request to have an imam by his side in the execution chamber.

The Supreme Court voted 5-4 along partisan lines to reject Domineque Ray’s request. Alabama prison officials told Ray they would only allow a Christian chaplain into the execution chamber, claiming it would be a security risk to allow someone who doesn’t work for the prison to attend. The state said Ray’s imam, Yusef Maisonet, could only watch from behind the glass, NPR reported.

Ray’s attorneys challenged the decision, arguing that it violated the Establishment Clause of the First Amendment by giving preference to Christianity over other religions.

The Supreme Court voted to allow Ray’s execution to proceed as scheduled as his imam watched from another room. At Ray’s request, the chaplain was kept out of the execution chamber.

The court’s conservatives cited only the “last-minute nature” of Ray’s request as grounds for their ruling.

"Because Ray waited until January 28, 2019 to seek relief, we grant the State's application to vacate the stay," the court wrote.

The court’s four liberal justices decried the ruling as “profoundly wrong,” adding that Ray could not have appealed sooner because he was not told his request to have an imam present was denied until Jan. 23.

"The clearest command of the Establishment Clause" is that "one religious denomination cannot be officially preferred over another," Justice Elena Kagan wrote in her dissent. "But the State's policy does just that."

Kagan noted that Christian prisoners can be administered last rites by a minister of their faith but prisoners of other religions are denied the same rights.

Kagan also took issue with the state’s claim that security was the justification for the prison’s decision.

"Why couldn't Ray's imam receive whatever training in execution protocol the Christian chaplain received? The state has no answer." the dissent said. "Why wouldn't it be sufficient for the imam to pledge, under penalty of contempt, that he will not interfere with the State's ability to perform the execution? The State doesn't say."

Ray was sentenced to death in the 1995 rape and murder of 15-year-old Tiffany Harville, whose body was found in a cotton field. He was already serving life in prison for killing two teenage boys, AL.com reported.

His attorney, Spencer Hahn, said that despite Ray’s convictions, he was still a “devout Muslim and a human being.”

“I am beyond appalled at the willingness of Steve Marshall and the State of Alabama to treat a human being differently because he was part of a religious minority. We are better than this,” he said.

"Ray has put forward a powerful claim that his religious rights will be violated at the moment the State puts him to death," Kagan wrote. "Instead, this Court short-circuits that ordinary process — and itself rejects the claim with little briefing and no argument — just so the State can meet its preferred execution date."