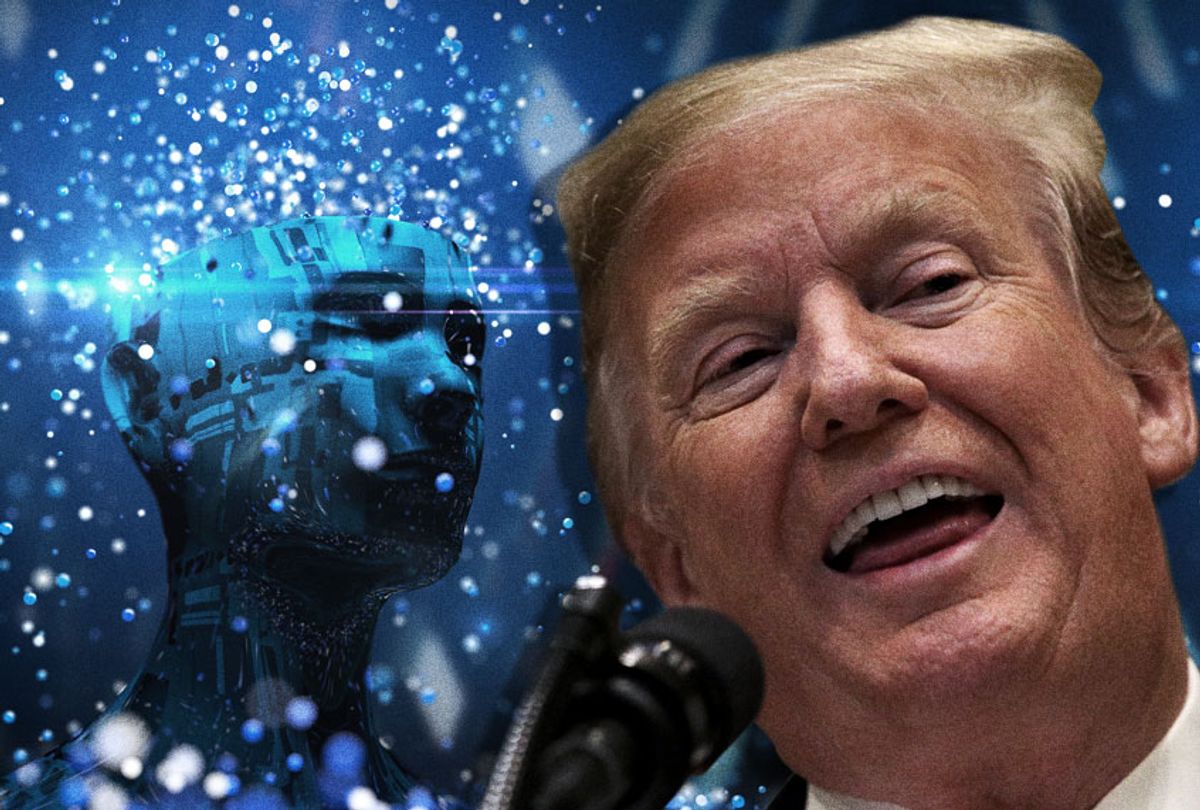 President Trump plans to sign an executive order that focuses on promoting artificial intelligence — but unlike his most famous science-based initiative, which called for an unrealistic "Space Force," this one is being slammed by critics for insufficient boldness.

The executive order, which will launch an American Artificial Intelligence (AI) initiative, calls for what one official described as "bold, decisive actions to ensure that AI continues to be fueled by American ingenuity, reflects American values and is applied for the benefit of the American people," according to CNN. It will also aim for a "multi-pronged approach" that emphasizes "research and development, AI infrastructure, AI governance, workforce and international engagement."

As The New York Times reported on Monday, "the order does not set aside funds for A.I. research and development, and the administration provided few details on how it will put its new policies into effect." It also may not be sufficiently comprehensive in addressing the threat to America's A.I. dominance posed by China, a nation that vowed to become the world leader in A.I. in July 2017 and hopes to have a $150 billion A.I. industry in its economy by 2030. Canada, France, South Korea and the U.K. have also worked to invest more in their nations' A.I. industries, thereby increasing competition with the U.S.

This isn't to say that the U.S. has lost its place as the global leader in AI, given the tremendous influence of companies like Amazon and Google. That said, there's concern that this kind of talent has moved from government agencies to private corporations.

"Last year, these concerns increased when Google pulled out of a project to build A.I for the Pentagon after employees protested that the technology they were working on could be used for lethal purposes," the Times reported. "Companies like Google are also expanding their operations in countries like China, France and Canada, as the A.I. talent in those countries continues to expand."

The last time Trump announced a potentially landmark scientific initiative, it was for a much less credible cause his call for a new military branch, the "Space Force." That idea was promoted by the Pentagon as necessary because "potential adversaries are now actively developing ways to deny our use of space in a crisis," and therefore it was "imperative that the United States adapts its policies, doctrine and capabilities to protect our interests." The plan was also mocked by many experts, not to mention Twitter users. Common criticisms included that it would be prohibitively expensive, served no clear-cut essential function and seemed to duplicate the functions of NASA.