Utah voters backed a full-scale Medicaid expansion. Republicans have now replaced it with a much leaner version 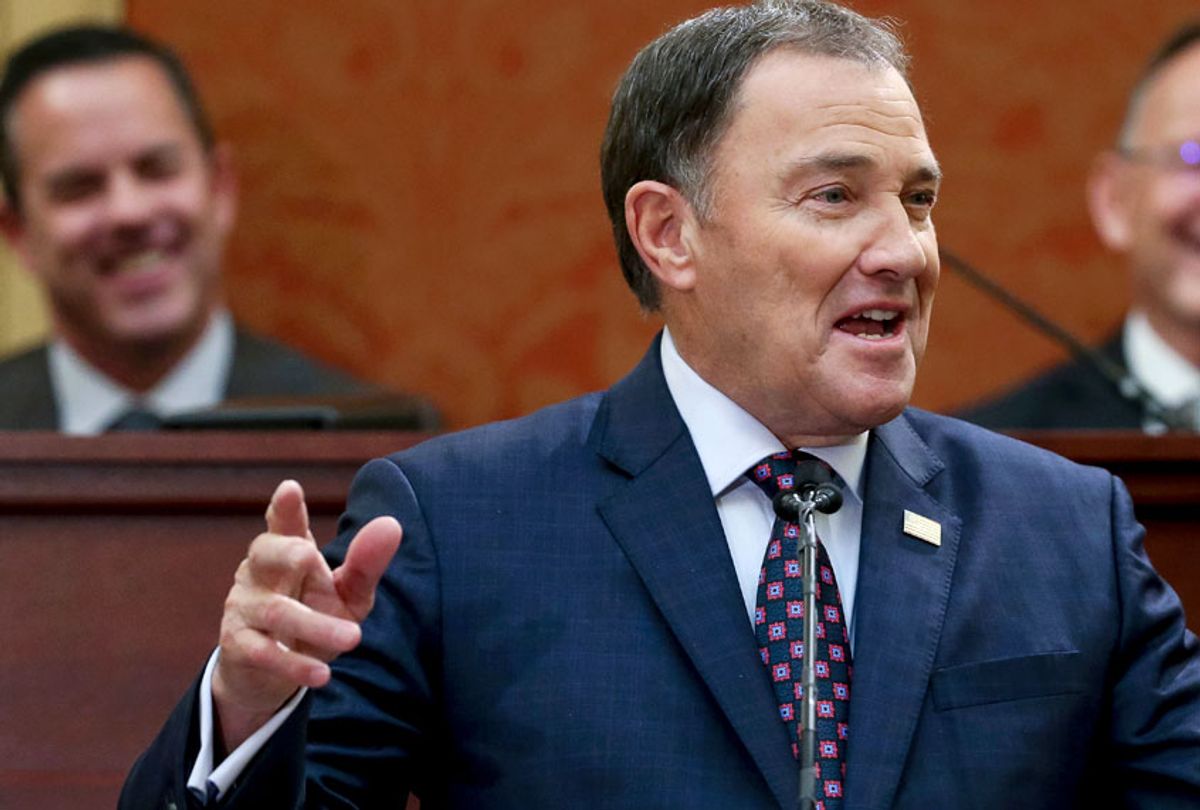 Republicans in Utah have successfully blocked a voter-approved full-scale Medicaid expansion in favor of their own plan that will deny health insurance to tens of thousands of people while costing the state tens of millions more.

Voters in deep-red Utah voted in favor of Medicaid expansion last November by a margin of 53 to 47 percent. The ballot measure would have expanded Medicaid to those earning up to 138 percent of the federal poverty level, which is just $16,800 for an individual and $29,700 for a family of three. The law would have given 150,000 of Utah’s poorest residents health care while 90 percent of the bill would be picked up by the federal government.

On Monday, Utah Gov. Gary Herbert signed a law passed with a two-thirds majority in both Republican-led chambers of the state legislature that greatly scales back the voter-approved measure, The Salt Lake Tribune reported. If the Trump administration approves the legislation, Utah would be the first state to have a partial Medicaid expansion. If the administration were to reject the law, which seems unlikely the voter-approved full Medicaid expansion would go into effect.

If not, the law would cost Utah and additional $72 million over the next two years while covering about 60,000 fewer people, according to Vox. Those making between 101 to 138 percent of the threshold would only be eligible for Obamacare subsidies to purchase private insurance coverage.

The voter-approved measure would have been funded by a sales tax, which Republicans argued would not cover the full cost. Instead, they passed a plan that would cost the state considerably more money, unless it can extract a waiver from the Trump administration to cover 90 percent of the cost.

The New York Times reported last year that the topic was being hotly debated within the administration. UtahPolicy.com reported that Republican lawmakers met with officials from the Centers for Medicaid and Medicare Service and were told that the office was developing a “special waiver” to fund 90 percent of the cost for states to implement a partial Medicaid expansion, even if they include spending caps, as in the Utah bill.

Herbert wrote on Twitter that the move will implement Medicaid expansion in a more “meaningful, humane and sustainable” way than the voter-approved measure. He insisted that the same population will be covered under the Republican law as the voter referendum, failing to mention that 60,000 people in that population would simply get subsidies to help them buy private insurance, which includes significant premiums, deductibles and co-pays.

Jonathan Schleifer, executive director of the Fairness Project, a pro-labor group that helped fund the ballot measure, accused Herbert and Republicans of ignoring the will of the voters in favor of special interests.

“The legislature is trampling on the clear will of voters, and it’s stripping tens-of-thousands of Utahns of access to care in the process,” he told Politico. “It seems many members have forgotten they’re supposed to work for the people of Utah — not special interests or extreme ideologues.”