A union representing agents from ICE does not like Trump's choice to lead U.S. Immigration and Customs Enforcement 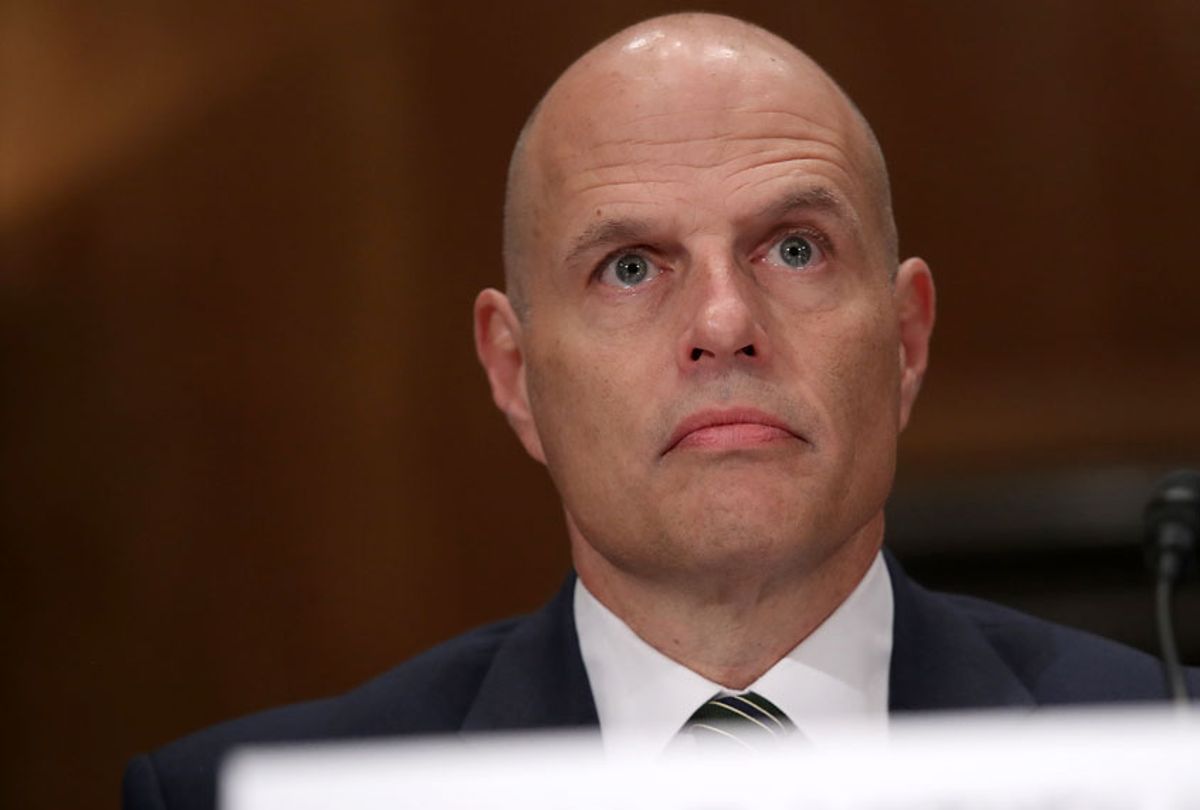 For the second time, Republicans on the Senate Homeland Security Committee delayed a vote on Wednesday on President Donald Trump's nominee to lead the U.S. Immigration and Customs Enforcement (ICE) agency after a union representing immigration and customs agents — one that endorsed President Donald Trump during the 2016 election — announced its opposition to the pick.

The National Immigration and Customs Enforcement Council is opposing Trump's choice of Ronald Vitiello to lead the agency on the grounds that he is unqualified, according to Reuters. Union President Chris Crane sent a letter to the top Republican and top Democrat on the Senate Homeland Security Committee on Tuesday arguing that Vitiello "lacks the judgment and professionalism to effectively lead a federal agency."

Among the concerns listed by Crane regarding Vitiello's nomination were accusations that the acting director misled lawmakers when he was confirmed last year and retaliated against whistleblowers. Crane also expressed concern that Vitiello had made controversial social media posts attacking the Democratic Party (which he described as "NeoKlanist") and comparing Trump to Dennis the Menace, even though Vitiello was wearing a Border Patrol uniform in his Twitter account picture at the time.

"This type of conduct would result in a rank and file ICE employee being disciplined, if not possibly removed from employment," Crane wrote. "We are not aware that Mr. Vitiello was ever disciplined for his actions and instead of being demoted or fired, if confirmed as ICE Director, he will be promoted to the highest position in one of the nation's largest law enforcement agencies."

Vitiello currently serves as acting director of the agency and his background could wind up costing him support among Democratic senators. One particular point of contention was Vitiello's refusal to unequivocally denounce Trump's child separation policy, leaving open the possibility that he could reinstate it.

"We know that family separation and long-term incarceration both traumatize children," Sen. Jeff Merkley, D-Ore., told Salon by email. Merkley has been at the forefront among Democrats drawing attention to and opposing the child separation policy, even speaking to the victims of that policy. "Yet Mr. Vitiello refused to condemn either of these policies in his confirmation hearing, and instead argued that inflicting such trauma has the advantage of ‘less people’ seeking asylum in the U.S. Hurting children to deter people from seeking refuge in our nation is completely unacceptable, and there is no moral or religious tradition in the world that would condone it."

He added, "Because Mr. Vitiello does not recognize this, he is unfit to lead this agency."

Senate Homeland Security and Governmental Affairs Committee Chairman Ron Johnson, a Republican senator from Wisconsin, announced in November that he was delaying the vote on Vitiello because "we’re just trying to rapidly go through the issues raised by the union and do our due diligence to get answers about it," according to The Washington Post. In the markup today, Johnson reiterated those sentiments, telling the Senate that "we are going to hold over the ICE director nomination. There are some issues that continue on that so we'll not be voting on the ICE director."