Alita is a fascinating badass. "Alita: Battle Angel" fails her at every turn

Robert Rodriguez is a talented director, but few of his gifts are on display in this manga adaptation 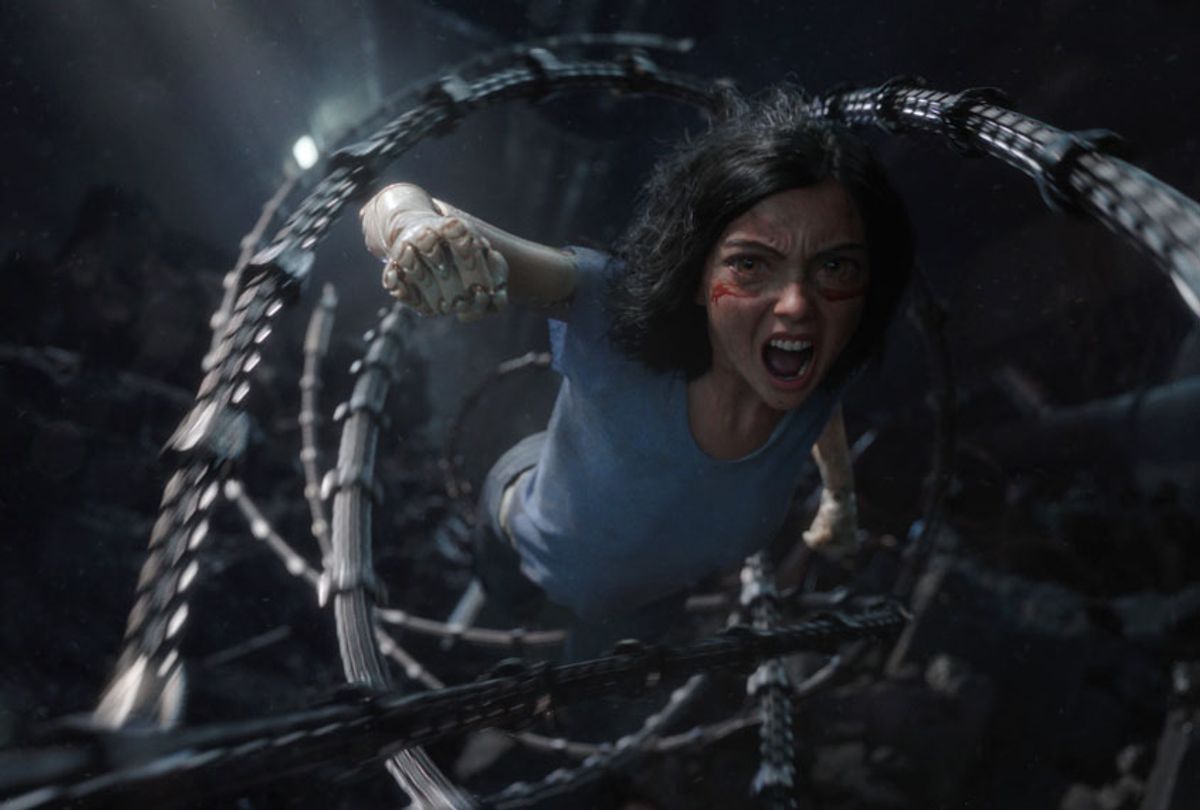 Whenever a movie critic reviews a film adaptation of a beloved literary property, there will always be fans who pick apart their analysis and argue that if they don't understand the source material, they can't fairly assess the cinematic version.

This complaint isn't entirely valid. Certainly it wouldn't be fair for a critic to judge the original work of art based on the merits or lack thereof of its remake, and I would not presume to say whether Yukito Kishiro's manga series "Gunnm" is good or bad based on "Alita: Battle Angel." What I can confidently declare, though, is that a quality film must be able to stand on its own merits. Attending the movies should not come with homework assignments, and if a film only works if you study its backstory in advance, there is something terribly wrong.

Hence "Alita: Battle Angel." Set in the year 2563, it tells the tale of an amnesiac cyborg named Alita (Rosa Salazar) who is discovered in a junkyard by scientist Dr. Dyson Ido (Christoph Waltz) after being nearly destroyed. After learning about the convoluted post-apocalyptic backstory that explains the world of Iron City, she becomes a Hunter-Warrior who serves as law enforcement in this universe, participates in a fictional sport called Motorball, develops a burgeoning romance with a tormented teenager named Hugo (Keean Johnson) and clashes with the villainous Vector (Mahershala Ali).

Ido's former wife Chiren (Jennifer Connelly) and the chief bad guy Nova (Edward Norton) also play a role in the plot, although their stories are woefully underserved. Frankly the scene-stealers are Jackie Earle Haley as the massive cyborg Grewishka, who brings a lip-smacking brutishness to his character, and Ed Skrein as the cyborn bounty hunter Zapan, who is deliciously odious and vain. Both seem to be having a lot of fun in their roles.

The same, alas, cannot be said of the rest of the cast, who appear to be sleepwalking through the picture. It's hard to blame them, though, given the script that they're working with. Both James Cameron and Laeta Kalogridis have done good work in the past at establishing mythological worlds while still keeping the story moving at a brisk pace, but here that feat eludes them. One part of the problem with the script is that it often stops the movie dead in its tracks to offer clunky, shoehorned exposition that exists for no other purpose than to blatantly spell out the history and various rules of the "Alita" universe. Not only is this boring, but since real people never talk that way, it pulls viewers out of their suspension of disbelief. It also has the counterintuitive effect of making the "Alita" universe seem more contrived. In the most convincing fictional universes, we are shown fantastic things and it seems like we're simply seeing what is already there; in the least convincing ones, how things work is explained to us and we are expected to repeatedly remind ourselves, lest we lose our bearings. "Alita" falls squarely in the latter category, and it's a fatal flaw in the film.

That said, the script is also bogged down by being so ponderous —the film rarely pauses to have fun with anything. Characters trot from one scene to the next almost dutifully, as if on some subconscious level they know that they're here to move the plot forward rather than actually live in their own universe. Every word is momentous; every action causes earth-shattering consequences. Even the feeble attempts at humor don't work because the solemnity surrounding those moments stifles the capacity for joy, like a tiny match struck in an oppressively damp basement.

If there is one merit to "Alita," it is that it sparked my curiosity about "Gunnm." There is too much potential in the half-formed concepts I saw on the screen that made me want to see more. The titular character, for starters, is a fascinating protagonist. Like the best stories about artificial intelligence, a considerable amount of attention is paid to existential questions: What does it mean to be sentient? What are the ethics involved in creating synthetic life forms? Can she have a purpose of her own or is it dictated by her programming?

Beyond that, though, there is the simple fact that Alita the character is an impressive badass. The best moments are her fight scenes against seemingly insurmountable odds. There is an ingenuity to how she fights, and how her capacity to fight intertwines with her backstory, that is simultaneously gratifying and intriguing. During those scenes, it's hard not to feel an adrenaline rush. Perhaps the "Gunnm" manga series brings that quality to life throughout.

In the film, though, all we're left with between those redeeming action set pieces is a whole lot of dull narrative. If you're a hard core fan of the sci-fi genre, you'll probably derive some enjoyment from "Alita," although I doubt it will be your favorite movie. Indeed, if you want to watch a sci-fi film that does something clever and unique, you'll get the most bang for your buck from the ostensible horror flick "Happy Death Day 2U," assuming you're lucky enough to have it playing in the same theater as "Alita: Battle Angel." The best thing I can say about "Alita" is that there is enough potential here for a really good movie to be made from this material someday.