"Happy Death Day 2U": A rare movie sequel that surpasses the original 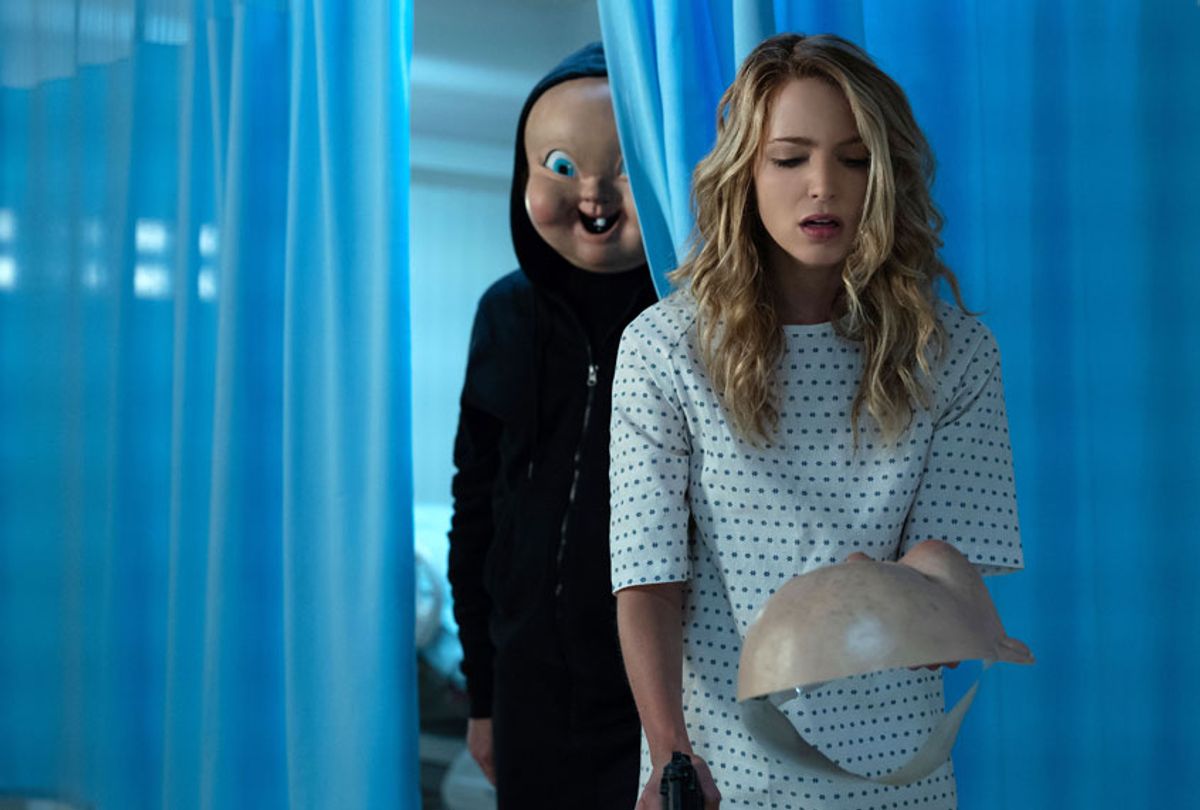 There is something quite daring going on in "Happy Death Day 2U." Whereas the original "Happy Death Day" was a traditional horror flick that added a clever twist by infusing the premise of "Groundhog Day" into its plot, "Happy Death Day 2U" decides to build upon its horror foundation in order to become a high concept sci-fi/mystery/comedy thriller. If its genre-bending gambit had failed, it would have been regarded as a foolish move on the part of director and writer Christopher Landon.

Fortunately for Landon, and the audience, it succeeds in spades.

Picking up immediately where the previous film left off, "Happy Death Day 2U" tells the story of Theresa "Tree" Gelbman (Jessica Rothe) as she finds herself once again caught in a time loop. In the first movie, the cause of the time loop was left unexplained. Much like "Groundhog Day," all we knew was that Tree had to learn valuable life lessons in order to break free from it — and, of course, to stop getting repeatedly murdered by Lori Spengler (Ruby Modine) wearing the iconic creepy baby mask. This time around, Tree also has to save the lives of her boyfriend Carter Davis (Israel Broussard) and friend Ryan Phan (Phi Vu), as well as fix the timelines that have been disrupted by the ongoing presence of the loop.

There are several genre elements being juggled by "Happy Death Day 2U" as it executes its premise. From a sci-fi perspective, "Happy Death Day 2U" tells the story of quantum physics run amok, offering a scientifically grounded explanation for the time loops in both this film and its predecessor that holds up remarkably well. As a mystery, "Happy Death Day 2U" is adroit at keeping the audience guessing about the identity of the baby mask-wearing murderer this time around, and thankfully answers that question in a narratively satisfying way. The movie even works in drama elements, with Tree having some unexpectedly poignant character moments as she learns to cope with the grief of losing her mother, seeing her boyfriend fall out of love with her and struggle with being a good friend.

But the highlight of "Happy Death Day 2U"  is its comedy, and for that special attention must be paid to Rothe's performance. In the first movie, her job was to show the evolution of Tree from a self-absorbed and manipulative jerk into an empathetic, genuine person. While she still has a character arc here that allows her to grow as a person, the movie also gives Rothe more time to explore the comic possibilities of her predicament. In that regard, "Happy Death Day 2U" is actually more indebted to "Groundhog Day" than the original, although Rothe's handling of the stress of being caught in a time loop is very different. There are only so many times a person can be killed off in increasingly brutal and humiliating ways before their mind begins to snap, and Rothe manages to strike a defiantly nihilistic note that is simultaneously hilarious and liberating.

Another strength of "Happy Death Day 2U" is how it allows other characters to shine as well. While most of the film focuses on Tree and her travails, the secondary characters are fleshed out in ways that make them feel like real people as well. Vu's Phan manages to capture the confusion and horror of being caught in his own time loop in a refreshingly subdued way, and eventually the audience begins to see him as the brains behind the movie's alternate timelines gimmick who can wonkily lay out the entire situation for the audience — a kind of laid-back version of Harold Ramis' Egon Spengler from "Ghostbusters." Modine's new iteration of Lori is intriguing because the character serves a new purpose this time around: we find her in an alternate universe where she never tried to murder Tree and, quite to the contrary, is a reasonable and decent human being. And there is one scene in particular that is stolen by Rachel Matthews as the nasty coed Danielle Bouseman, whose own thespian pretensions and ethical shortcomings lead her into a situation where she must awkwardly distract another character while the main players attempt to save the day.

When it comes to horror, though, those genre elements fall a little short. There is an over-reliance on jump scares this time around, and given that this is being primarily advertised as a horror-comedy, the sparseness of strictly horror-based content is pretty disappointing. "Happy Death Day" wasn't groundbreaking in the execution of its kills, but at least it had a sufficient quantity of them to feel like a legitimate horror film. In "Happy Death Day 2U" the horror content seems almost like an afterthought, a trait that I suspect will disappoint many a gorehound.

This is a comparatively small complaint, though, when the rest of the movie is so strong. Given that the film ends with an obvious attempt to set up a third, it seems clear that Landon hopes to make a series, and if he and the cast have this much creative juice in them moviegoers will be well served to see that happen. While "Happy Death Day 2U" could have been a disaster, it is instead that rarity — a sequel that is both better than the original and manages to retroactively improve that movie.