“Back in the old days, he said, you all only hired Irishmen. They were drunks but they could be trusted" 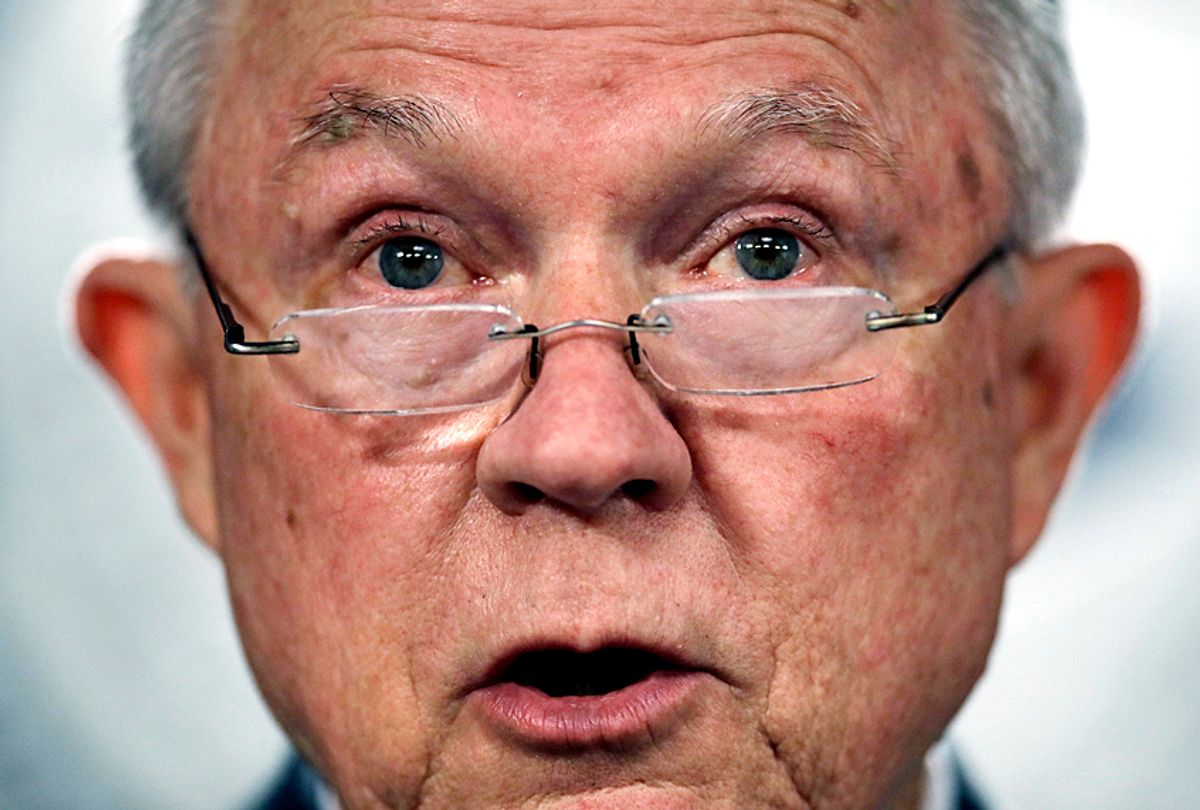 Sessions, who served as attorney general for the end of McCabe’s tenure at the FBI, is painted as an incompetent racist in McCabe’s new book “The Threat,” according to two new reviews of the book.

Mr. Sessions also complained about the FBI’s workforce to Mr. McCabe, he recalls in the book. “Back in the old days, he said, you all only hired Irishmen. They were drunks but they could be trusted. Not like all those new people with nose rings and tattoos,” Mr. McCabe wrote that the former attorney general told him.

Writing a review for the Washington Post, Greg Miller is more detailed in his description of the Sessions-related portions of the book. Miller wrote:

McCabe’s disdain for Trump is rivaled only by his contempt for Sessions. He questions the former attorney general’s mental faculties, saying that he had “trouble focusing, particularly when topics of conversation strayed from a small number of issues.”

Logs on the electronic tablets used to deliver the President’s Daily Brief to Sessions came back with no indication he had ever punched in the passcode. The attorney general’s views on race and religion are described as reprehensible.

He also says that Sessions saw Islam as inherently extremist, according to McCabe.

These descriptions of Sessions are consistent with what is publicly known about the former attorney general. In fact, Sessions was once turned down by the Senate for a judicial nomination because of racist views — a fact that was frequently mentioned when he was nominated, successfully, to be attorney general. However, McCabe’s account should be treated with some skepticism, as he has significant reason to resent Sessions. It was Sessions, after all, who fired McCabe under pressure from Trump days before he would have earned his full FBI pension. McCabe reportedly notes in the book that he can’t go into more detail about Sessions because he’s pushing a pending lawsuit over his firing.