Under Trump, the U.S. has come to resemble the Soviet Union of Leonid Brezhnev in some uncanny ways 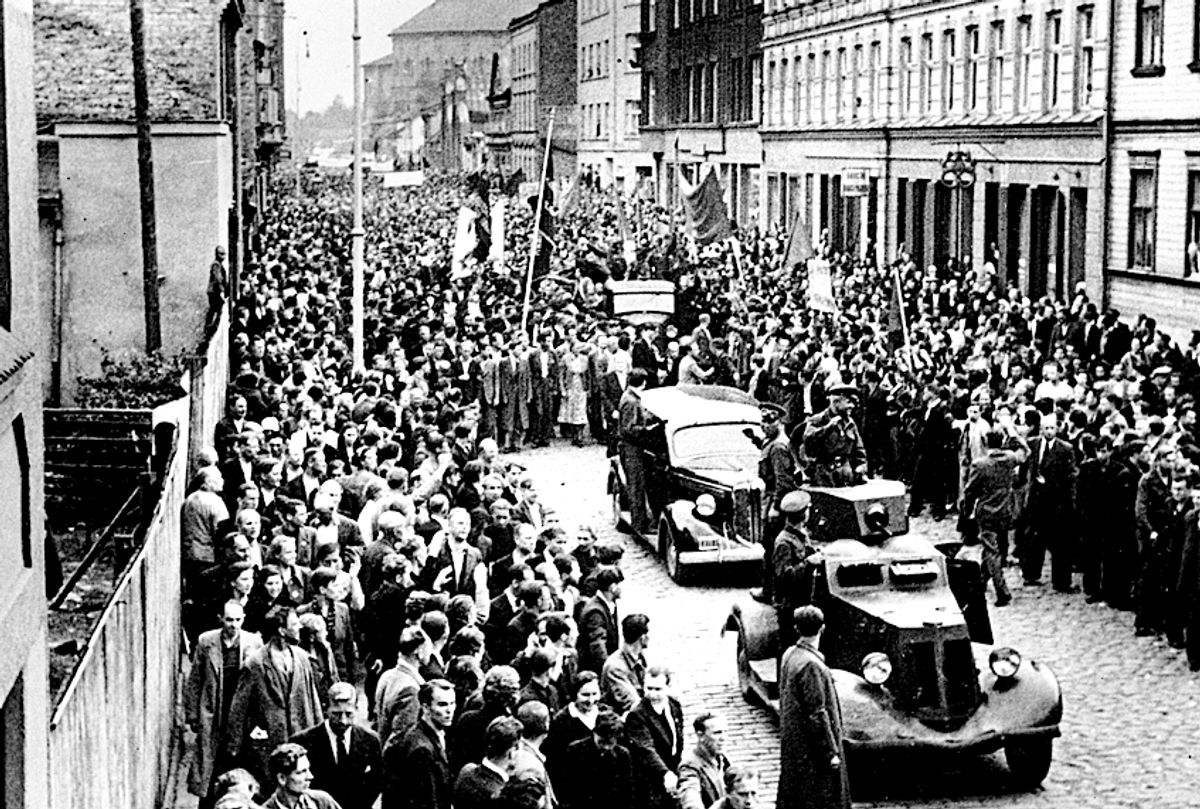 Alarmed by calls for a 70% marginal – not overall — income tax rate on very high incomes, prominent U.S. billionaires, including Bill Gates, are seriously taking it upon themselves to warn about the slippery slope to communism.

What most people don’t realize is that, under Donald Trump, the United States has actually come to resemble the Soviet Union of the late unlamented Leonid Brezhnev in some astonishing ways.

It begins with the heavy use of the color red. In today’s United States, if you find yourself surrounded by a sea of red hats, you might think that you have stumbled upon some communist event. But it’s likely to be one of Trump’s “Make America Great Again” rallies.

Likewise, during the February 5, 2019 State of the Union address, Republican members of Congress, sitting in the audience sporting long red neckties, could probably be mistaken for the Soviet Young Pioneers — except being predominantly old and very white.

As a matter of fact, they quite looked like the attendees of Brezhnev’s last, geriatric Communist Party Congress, held in 1981.

No doubt, the Republicans chose red to represent their party without any reference to communism. But in the age of Trump, the Soviet dimension of the Republicans’ red colors is becoming more and more telling.

Even the rhetoric we hear from the President and his supporters sounds like the old Soviet Union rather than the good old U.S. of A. After all, denouncing “bourgeois” fake news was always Moscow’s favorite tactic whenever Soviet rulers didn’t like the coverage they got. Instead, they relied on propaganda outlets not unlike Rupert Murdoch’s Fox News to provide news reporting to their liking.

And, of course, “Enemies of the People,” the term Trump is so fond of using, was an old Stalinist concept — including the claim of speaking in the name of “the people,” even if “the people” in question were a small minority of the country’s citizens.

Trump’s following is a cult. Not that Americans are unfamiliar with cults. Charismatic leaders of all kinds have always been an American phenomenon. But until now, adoration of a politician as a beloved Great Leader has been alien to American culture. It was mostly an Old World phenomenon.

Not anymore. Trump’s supporters continue to love and admire him no matter what he does. They dismiss revelations of all kinds of sleazy activities as “fake news.” And when the truth can no longer be denied, they excuse Trump’s behavior as minor transgressions of a great man.

As is always the case in political cults, Trump’s base are glassy-eyed zombies who probably believe that Trump can fly. But party hacks around him are a different story. They are cynics willing to prostitute themselves for personal gain.

At regular sessions at the White House, typically led by sycophantic Vice President Mike Pence, they lavish over-the-top praise on Trump. Grown white men try to cast themselves in the role of bubbly cheerleaders.

Such officially mandated adoration was a regular feature in the Soviet Union, too. At that same Communist Party Congress in 1981, when Brezhnev was a demented, dying wreck, he was repeated hailed as “a banner of freedom, happiness, justice and progress on all continents,” the New York Times reported at the time.

As befits the object of a political cult, Trump doesn’t merely express the ideology of his followers but shapes it anew. Just as Stalin moved to change Lenin’s version of communism, Trump has similarly reshaped American conservatism — radically so. There is nothing “conservative” about it any longer.

Trump not only changed the long-held Republican beliefs on free trade, immigration, budget deficit, NATO, Russia, North Korea and countless other subjects, but turned them completely on their head.

Speaking of free trade, free trade is supposed to be the absolute expression of free markets, offering the bracing wind of competition as a just-in-time corrective. Yet, Trump seems to be a proponent of trade with America’s closest partners that is more reminiscent of the Soviet-era Comecon, the economic alliance of communist nations.

In Comecon, trade with Soviet satellites in Eastern Europe and Southeast Asia was organized in such a manner that it propped up the backward Soviet economy. And from an economic perspective, the Soviet bloc was effectively a self-sufficient autarky, which is what Trump seems to want for the United States.

Meanwhile, socialism has become an integral part of Trump’s trade strategy. To compensate American farmers (and his ardent voters) for the losses they are suffering as a result of his trade war with China, Trump offered them a $12 billion subsidy program — in effect, farmers’ welfare.

And if you think that while old Soviet socialism was repressive and cruel, new Trumpian socialism is more benign, then I’d say think again.

Separation of children from their parents come out of the Stalinist playbook, when children of the “enemies of the people” used to be sent to orphanages for reeducation and to be raised as exemplary Soviets. There have been reports that many immigrant kids whose parent could no longer be found and who could not therefore be reunited with them have been given to Evangelical adoption agencies.

Mr. Trump, tear down this wall

Trump’s Wall is far too close to the Berlin Wall — and to the no-man’s land with mines and automatic killing devices that separated East and West Germany. To remind how close they are, Democratic presidential candidates should be traveling to the southern border and proclaim, paraphrasing Ronald Reagan: “Mr. Trump, tear down this wall.”

But here is another parallel not to be missed. In order to build its useless wall, the Trump Administration is starting to seize private land along the border. Or, if you want to use the Venezuelan terminology, nationalize it.

Conservatives, we are told, hate the idea because they hate the very notion of eminent domain — precisely because it is so reminiscent of a repressive communist state. But don’t worry: Ideology in a Soviet-style state is determined by the Dear Leader, so they will eventually fall into line on the Trump land grab, too.