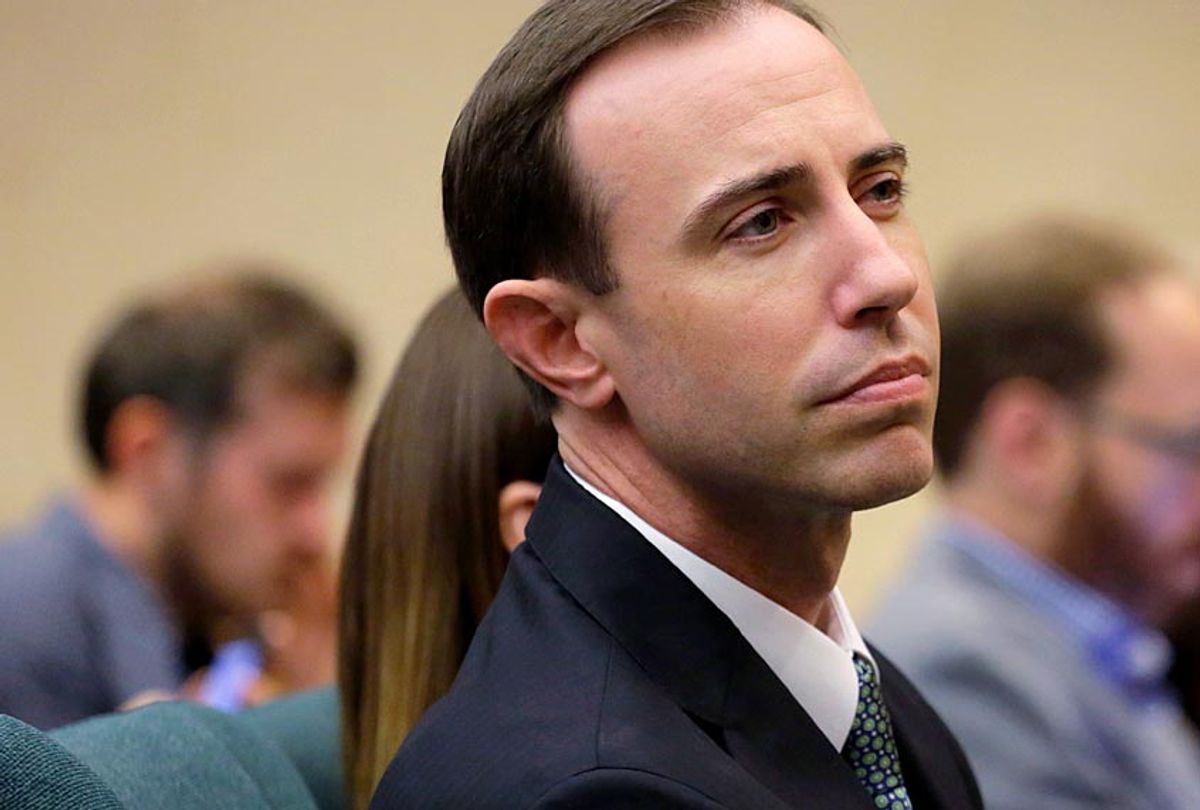 Texas Secretary of State David Whitley apologized to lawmakers for his rollout of an erroneous list of 95,000 “illegal voters” after his confirmation came into doubt. But Whitley is still backing the effort to dubiously purge the state’s voter rolls.

Last month, Whitley’s office claimed that 95,000 voters were wrongly registered to vote and that 58,000 of those people had voted illegally between 1996 and 2018. The claim was amplified by Texas Attorney General Ken Paxton and President Trump. Days later, Whitley’s office began to send out notices to local officials making clear that many of the names on the list did not belong there.

Whitley, whose confirmation for the job has become uncertain, issued an apology for the way the rollout of the list was handled but doubled down on his commitment to purge the voter rolls.

In the letter obtained by The Texas Tribune, Whitley defended the effort and did not admit that his office made a mistake in sending lists of voters to counties despite knowing it included naturalized citizens. But he said his office should have devoted more effort to “additional communication” with local officials to “further eliminate anyone from our original list who is, in fact, eligible to vote.”

“After close consultation with the Texas Department of Public Safety (DPS), the counties, and members of the Texas Legislature, I have discovered that additional refining of the data my office provides to county voter registrars, both in substance and in timing, is necessary to ensure a more accurate and efficient list maintenance process,” he wrote in the letter.

Whitley said his announcement “could have been communicated better” by including “more substance” and by “emphasizing my goal to ensure that no qualified voters are removed from the rolls.”

“I recognize this caused some confusion about our intentions, which were at all times aimed at maintaining the accuracy and integrity of the voter rolls,” Whitley wrote. “To the extent my actions missed that mark, I apologize.”

Whitley has been grilled by lawmakers on the methodology of the voter review, which relied on a list of Texas residents on the rolls who had identified themselves as non-citizens when obtaining a driver’s license or ID card between 1996 and 2018. Whitley’s deputy has since admitted that his office knew there was a “significant possibility” that the list included many people who had since become naturalized citizens during the 22-year period. The Texas Tribune reported that the list included more than 20,000 people who have already been identified as naturalized citizens.

“In hindsight,” Whitley wrote, the data should have been vetted “before announcing the number of people who may not be eligible to vote.” He claimed that the list was “preliminary” despite referring the list to the attorney’s general office for possible prosecution before counties even had a chance to review the document.

Whitley, who was appointed in December, requires a two-thirds majority to be confirmed by the full state Senate. Nineteen of the Senate’s 31 members are Republicans, so he will need at least some Democratic support to be approved.

“Several years ago the secretary of state did something very similar, claiming there were people who were deceased,” Harris County special assistant attorney Douglas Ray told The Tribune. “They sent us a list and the voter registrar sent confirmation notices, and it turned out a lot of people identified on the list were misidentified. A lot of the people who received notices were very much alive.”

The Texas effort is akin to similar failed Republican hunts for illegal voters. Florida used a similar methodology to flag 180,000 voters whom state officials claimed were not citizens. After a contentious legal battle, the state admitted only 85 of the people on the list were non-citizens. By that time that state had already purged thousands of legal voters.