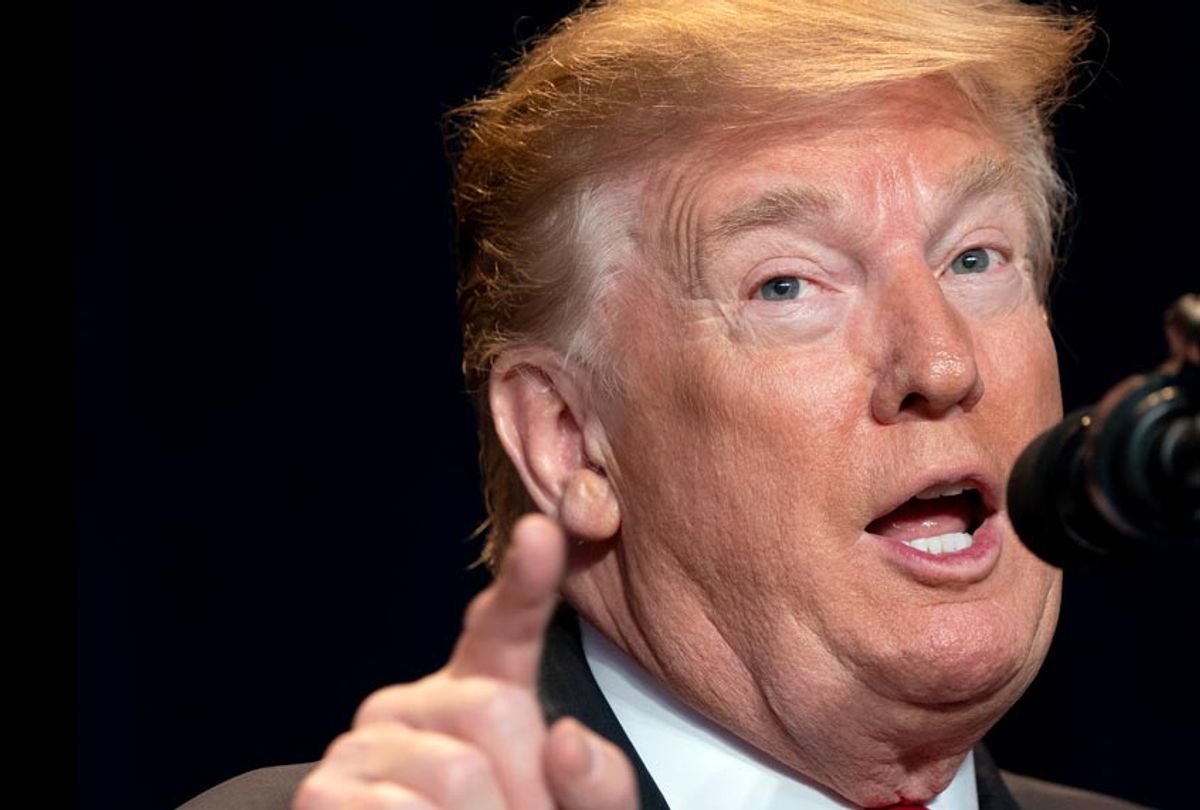 You probably missed it unless you are closely tracking the predations of late stage vulture capitalism as it continues to suck the marrow out of the bones of America’s working class who under Trump are just sinking, like the Federal government itself, deeper and deeper into debt.

The good news is, if you came out of your house to go to work recently and found your car was gone because it was repossessed, you are not alone. You are part of growing cohort of millions of other Americans for whom life sucks, even though they seem to be working all the time.

In the midst of the never-ending Trump border wall sandstorm it was easy to miss the alarming report that we just set a new record for the number of Americans who have fallen at least three months behind in their car payments.

That’s right, in the midst of Trump’s so-called great economy, seven million Americans, a record number, have fallen into that 90-day abyss where quite literally the wheels have come off their household finances. This bad news came in an analysis of America’s deepening swamp of household debt done by the New York Federal Reserve.

The previous record was set in 2010, just as Obama was triaging the Great Recession and building his arc for Wall Street. Now, there’s a million more American households at risk of losing their wheels because they can’t make enough money to keep their car, pay rent, feed their families, see the doctor, and in many cases keep their student loans current.

This is just one more deliverable from the policies pursued by the Don in the White House  and his pinstriped corporatists that he’s placed in high government positions who have been blocking and tackling  on behalf of predatory payday lenders.

In the last two years these wise guys have tried to disappear the consumer protections put in place after the great Wall Street heist. That was when the predator class, that make money with money, got away with and even prospered by robbing Americans of $20 trillion in household wealth.

Thanks, primarily to Senator Elizabeth Warren, in 2010 Congress passed legislation that created the Consumer Financial Protection Bureau as part of the Dodd-Frank reset of the financial sector. It was designed at leveling the playing field for long victimized financial services consumers who invariably found that the poorer they were, the more likely they would be preyed upon by pay day lender types that always seemed to have the small print on their side.

But, alas for the vulture capitalists that Trump serves, the Consumer Financial Protection Bureau (CFPB), under the passionate leadership of Richard Cordray, actually worked as designed.  In just the few years that it was allowed to function it returned $12 billion dollars to a small army of active duty military, car buyers, credit cardholders who all had been victimized by “abusive, deceptive and predatory practices” according to the New York Times editorial board.

In the Trump-Mnuchin-Ross worldview that is capital that’s going in the WRONG direction, downward to the masses, who are often less likely to contribute to political campaigns. The wealthiest among us put those guys in those jobs and they need their tools to deliver and make sure the conveyor belt is always running ever upward, from the bottom where the worker bees hang. Meanwhile, all the honey flows up to the tippy, tippy top of the great American wealth pyramid from where the oligarchs perch surveying their prey.

Remember, this is the crew that teamed up with former Speaker Paul Ryan and Majority Leader Mitch McConnell that gave us the Tax Cuts and Jobs Act (TCJA) which was disguised as a tax cut for Main Street. In reality, it was a $1.5 trillion K Street hustle that cut taxes for the wealthiest people and corporations and substituted that lost tax revenue with massive borrowing we are all on the hook for.

And there’s more. This tax season, as millions of working class Americans are already finding out, there’s a pretty good chance that you won’t be getting a tax refund  this year but that you will be writing Uncle Sam a check. This is particularly true for folks living in high-cost ‘blue states’ like New York or California, whose Federal income tax deductions for other taxes imposed at the state, county or municipal level is now capped at $10,000.

But even if you are 'right' minded, living in a red state driving a truck for a living you will notice that Trump and the GOP got rid of your ability to claw back those ‘miscellaneous deductions’ for the expenses you incur while trying to eek out a living driving.

We know that Trump glories in being surrounded by winners, and so his TCJA tax rewrite also punishes everybody, no matter where they live, if they had a bad stroke of luck last year. If your worldly things all  burned up or a valuable family heirloom was stolen your bad luck continues into this year because in Trumplandia  you no longer can deduct the value of that loss from your taxes.

Unless, of course, you incurred the loss as a result of a Presidentially declared disaster. No matter what, with this guy, it’s always about him.

In 2016 every single corporate news media outlet missed the misery in the American heartland that Donald Trump exploited so masterfully. For the previous eight years the I-95 intelligentsia bought in to President Obama’s recovery which was all about saving Wall Street and letting Main Street fend for itself.

Of course, those national unemployment numbers that showed such progress from the dark days of the Great Recession where abstract aggregate data points. No one lives or votes in the aggregate and a lot of counties never saw a recovery and still have not.

After the abject failure of all of their voter survey modeling in the Presidential election there was much handwringing and ‘never again’ protestations up to the heavens. ‘How could we have missed the rise of Trump?’ they wailed. They even sent Ted Koppel out, like Margaret Meade, to study the hills and hollows of West Virginia that Trump carried by over 40 points.

There’s a reason they call it flyover country.

The corporate news media is doing it all over again — still equating aggregate national unemployment data and a robust stock market with a strong economy. And they have developed the face saving construct that Trump won only because the Russians stole the election, not because the media missed the slow motion collapse of capitalism that Trump exploited by convincing just enough people he had a magical time machine that could transport us all back to those halcyon days when the middle class was expanding.

Their master script is that POTUS is the Don of a Russian/American organized crime family that stole the American election.

That could all be true, yet if Mueller comes up short of actually taking Trump out, the media’s fixation on the intrigue will only inoculate Trump.

Just as in 2016, the actual economic conditions of the American people will be the defining issue for 2020. Ignoring it, or giving Trump a pass on the economy, will permit him to make the campaign about everything and anything else.