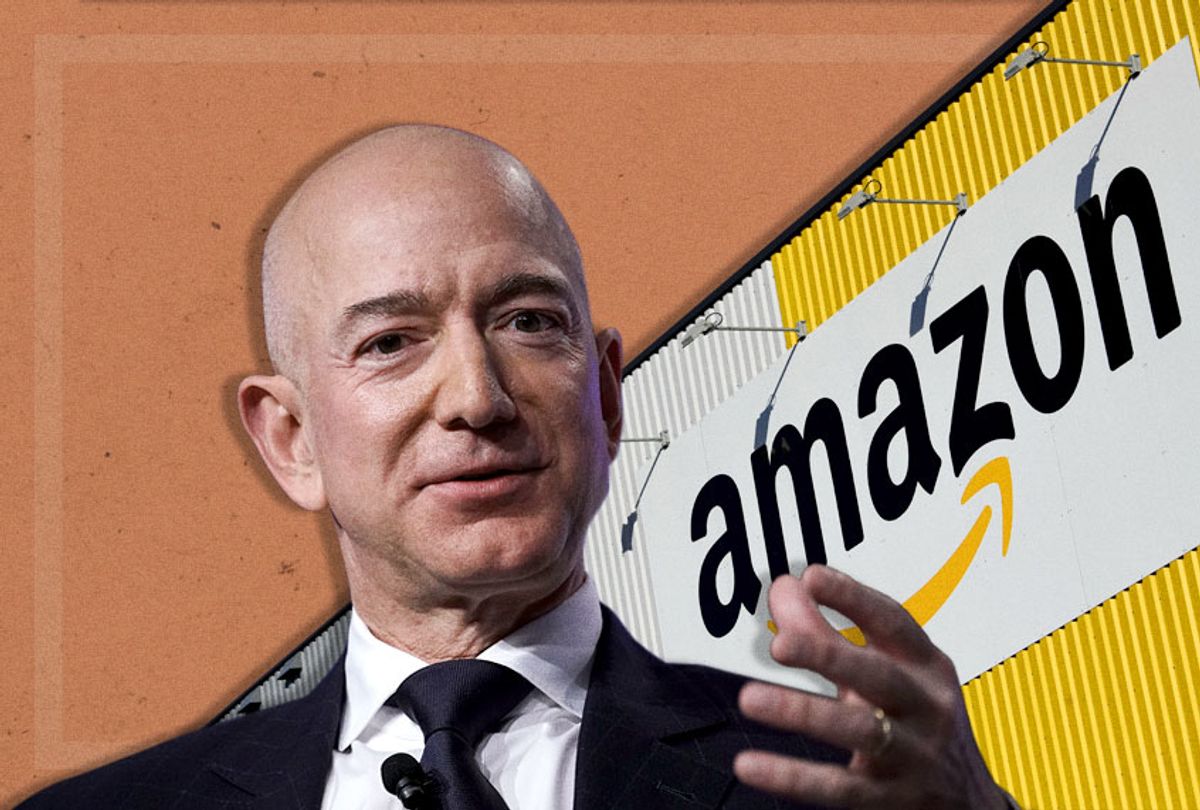 Amazon announced Thursday the company has canceled its bid to acquire nearly $3 billion in public dollars to locate a facility in New York City — the most substantial setback for corporate welfare in recent memory.

Significantly, Amazon states in its announcement of the decision that it will continue to expand its workforce in the New York City area, up from the 5,000 workers the company already employs in Brooklyn, Manhattan and Staten Island. In other words, Amazon still plans to maintain a headquarters-sized presence in New York, the nation’s financial and economic hub. It just couldn’t win the political battle to obtain billions of dollars in subsidies from it.

As In These Times reported, last week Amazon turned to the Washington Post, owned by its CEO Jeff Bezos, to float that it was reconsidering the proposed HQ2 headquarters in Long Island City, Queens, estimated to house 25,000 employees. This move was seen by many as a veiled threat to pack up and abandon New York if politicians didn’t turn over billions of dollars in tribute.

But opponents in New York’s city council and the state legislature refused to buckle to Amazon’s demands. They doubted the necessity of handing over taxpayer cash to the world’s most valuable company, at a time when New York has struggled to fund public transit and affordable housing. Furthermore, they feared a worsening of congestion, gentrification and displacement in Long Island City.

Amazon’s refusal to remain neutral if its New York City workers attempted to unionize was in many ways the last straw for opponents of the deal. According to the New York Times, New York Gov. Andrew Cuomo set up a meeting between Amazon executives and union leaders on Wednesday, but Amazon made no concessions at the meeting, and broke up with the state the next day.

State Sen. Michael Gianaris, a vocal critic of the deal, was tapped by his colleagues for a seat on the Public Authorities Control Board, which reviews and approves state-based economic development subsidies. He would have had an effective veto on about $1.5 billion of the subsidies for the project. After Thursday’s announcement, Gianaris said in a statement, “Like a petulant child, Amazon insists on getting its way or takes its ball and leaves… The only thing that happened here is that a community that was going to be profoundly affected by their presence started asking questions.”

Gianaris highlighted the fact that Amazon still plans to expand its New York workforce regardless of the new facility, suggesting that the billions of dollars the city and state would have forked over appeared meaningless considering Amazon’s resolve to build its presence locally anyway.

In its announcement, Amazon cited the need for “positive, collaborative relationships with state and local elected officials” over the long-term, which the company did not see materializing in New York City. Amazon cited a poll showing 70 percent of New Yorkers in support of the deal; a more recent poll showed 56 percent support, while another showed majority opposition in Manhattan and a split in Brooklyn.

According to Amazon, it would not re-open the HQ2 sweepstakes, but would proceed with its other HQ2 site in Crystal City, Virginia, as well as a 5,000-employee “Operations Center of Excellence” in Nashville, Tennessee. Politicians in those locations have been generally hospitable to the deals, which will yield close to a billion dollars more for Amazon. Restarting the bidding would have potentially compounded the negative attention Amazon has received over HQ2. The company has 17 other corporate offices and tech hubs across North America.

More broadly, the HQ2 debate in New York broadened awareness of the sordid process of economic development deals, by which powerful companies raid cities and states to the tune of up to $90 billion annually, while local services suffer from lack of funds. While these subsidies are often granted under the cover of secrecy, Amazon turned its demands into a spectacle, which appears to have backfired. All companies that enjoy corporate welfare will likely now receive more scrutiny for such massive subsidy deals.

Nathan Jensen, a public policy professor at the University of Texas who studies economic development deals, cited the secrecy as the main problem with the New York debacle. “The Government and Mayor tried to impose a secretly negotiated deal with Amazon, that wasn’t released to the public or public officials, and it led to resistance. That should be the lesson here. If you want to make good public policy, you have to include the public.”

All Salon Amazon The Economy & Innovation Hq2 In These Times