How boats can help you sleep 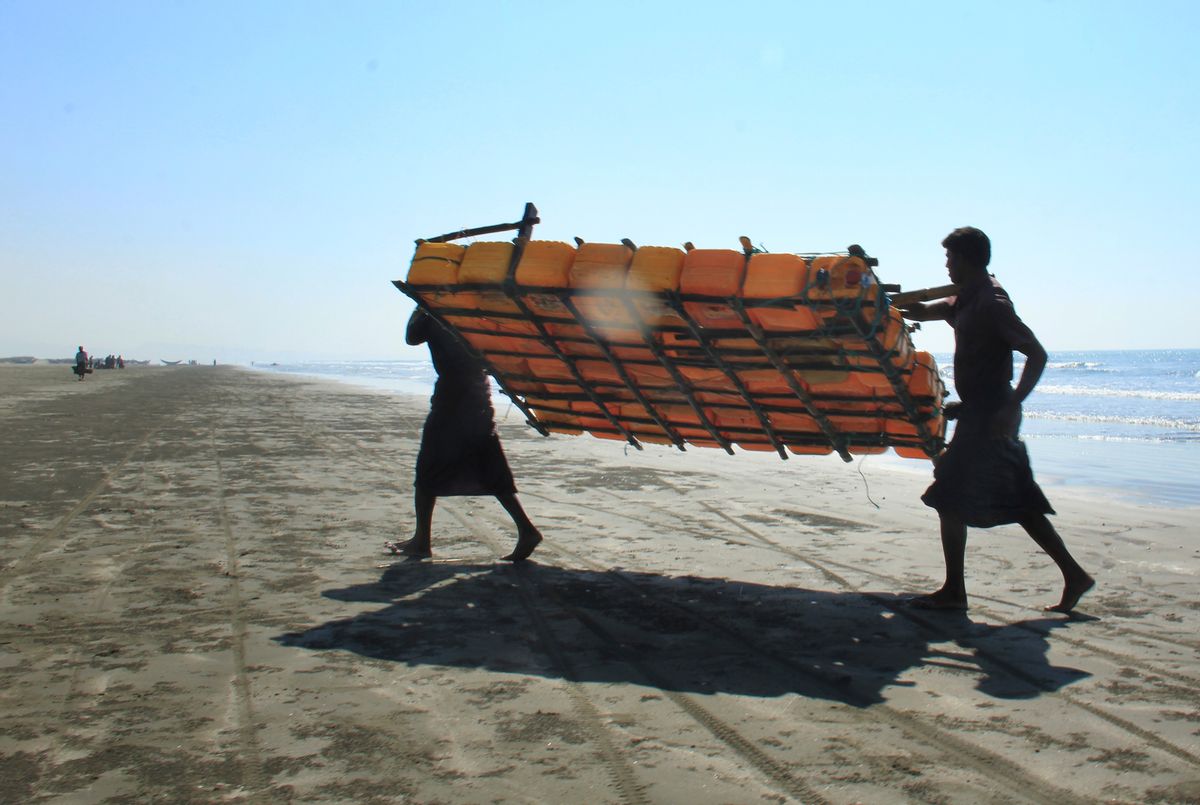 Why do babies fall asleep when they’re rocked? All parents know it works, and have their own special way of moving with an irritable sleepy baby — in a sling, out of a sling, up and down, side to side, in the car. Recent research on rocking doesn’t answer the baby question, but shines a light on the salutary effect it can have on grown-ups.

Anyone who’s experienced sleeping on a boat will wax lyrical about it — the special soothing sensation of being rocked to sleep by gently lapping water. There’s even a company that specializes in offering floating accommodations. And novelists from Graham Greene to Paul Theroux have encapsulated the romance of the night train — boarding at bedtime, swaying in your berth with a clickety-clack lullaby, waking refreshed and ready to explore the completely different place you are now in. There is obviously something to be said for moving gently while sleeping.

Some research was undertaken in 2011 which looked at how napping was improved by rocking to and fro, which inspired a group of scientists from the Department of Neuroscience at the University of Geneva in Switzerland to carry out this new research on a full night’s shut-eye.

Eighteen healthy young volunteers spent two nights sleeping in the lab and playing memory games with pairs of words, while researchers tracked their brain activity with an electroencephalogram. One of the nights was spent in a traditional bed, while the second was spent gently rocking in a bed the scientists had rigged up. The special bed swayed approximately four inches each way over the period of eight seconds.

The results show that even adults benefit from being rocked while they sleep. The subjects took an average of seven minutes’ less time to fall asleep in the rocking bed than they did in the steady bed, they spent more time in deep non-REM sleep, and they woke less often.

After rocking through the night, they also had a better recall of the word pairs they had learned the night before, suggesting that better sleep improves memory.

The Swiss scientists did make clear that this research was undertaken on healthy individuals, and that they could not promise relief for the many millions who suffer from poor sleep due to health reasons such as sleep apnea or stress.

So — it seems we never grow out of the desire to be rocked to sleep, and now there’s scientific research to support the need for that longed-for vacation traveling the night trains of Europe or sailing around the Seychelles in a yacht. It’s good for your memory, and you will return to your desk fully rested.

Here’s some eerie footage of the scientists’ rocking bed with what looks like a mannequin inside. There have been no results released as yet pertaining to the mannequin’s sleep patterns or memory function.

The second video is of Michael Jackson singing “Rock With You.” Probably not the inspiration for the research, but a classic nonetheless.