The Times just called the Uranium One deal a “debunked” scandal, yet it promoted the story in the first place 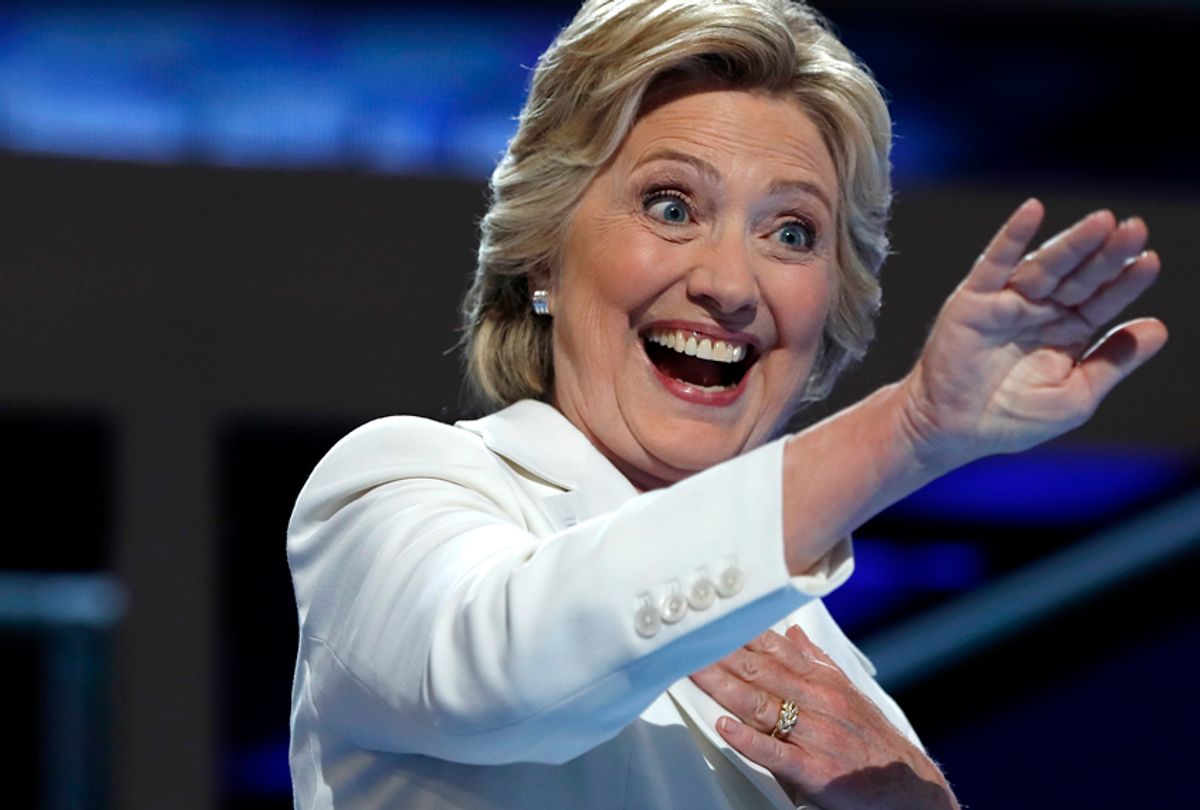 Hillary Clinton waves after addressing the delegates during the final day of the Democratic National Convention in Philadelphia, July 28, 2016. (AP/Carolyn Kaster)
--

On Tuesday, tucked into a paragraph of an article on how President Donald Trump had battled investigations against him for the past two years, the New York Times made an astonishing, seemingly accidental confession about a massive failure in their coverage of the 2016 presidential election.

“Using Congress’s oversight powers, the Republican lawmakers succeeding in doing what Donald Trump could not realistically do on his own: forcing into the open some of the government’s most sensitive investigative files — including secret wiretaps and the existence of an F.B.I. informant — which were part of the Russia inquiry,” said the article. “House Republicans opened investigations into the F.B.I.’s handling of the Clinton email case and a debunked Obama-era uranium deal indirectly linked to Mrs. Clinton.”

It is remarkable that the Times casually mentioned the Uranium One deal as a “debunked” scandal, noted Nick Merrill, a former State Department official and adviser to Hillary Clinton, because it was the Times that promoted that story in the first place:

The Uranium One story alleged that Clinton helped approve the sale of a uranium mining company to Russia just as its stakeholders donated to the Clintons’ charitable foundation, seemingly creating the picture of a conflict of interest. But every part of the story was misleading. The donor who owned most of the stake in Uranium One sold it years before the deal; Clinton was part of a committee that reviewed the deal but didn’t actually have the power to vote it up or down; and there is no evidence whatsoever that the Clintons benefited financially from the deal or from their own foundation. This, however, formed the source of right-wing claims that Clinton “sold 20% of our uranium to Russia” (the deal didn’t involve an export of uranium, so this is even more wrong.)

And yet despite the fact that all of this is discredited, points out Merrill, the Times article, which originally gave it credence, breathlessly ran it even though it had the stink of GOP opposition research from the get-go:

One of the saddest parts of the story, notes Merrill, is that all of this drove donor funding away from the Clinton Foundation, as it tried to do life-saving work distributing medications and funding global development.

The New York Times has faced criticism for its coverage in the 2016 election. For example, a review of the paper’s coverage found that they “ran as many cover stories about Hillary Clinton’s emails as they did about all the policy issues combined in the 69 days leading up to the election.” The “Clinton Cash” saga is a major chapter in how the Times‘ editorial process fell short — and it arguably deserves more attention than a passing reference buried in an article on Trump.