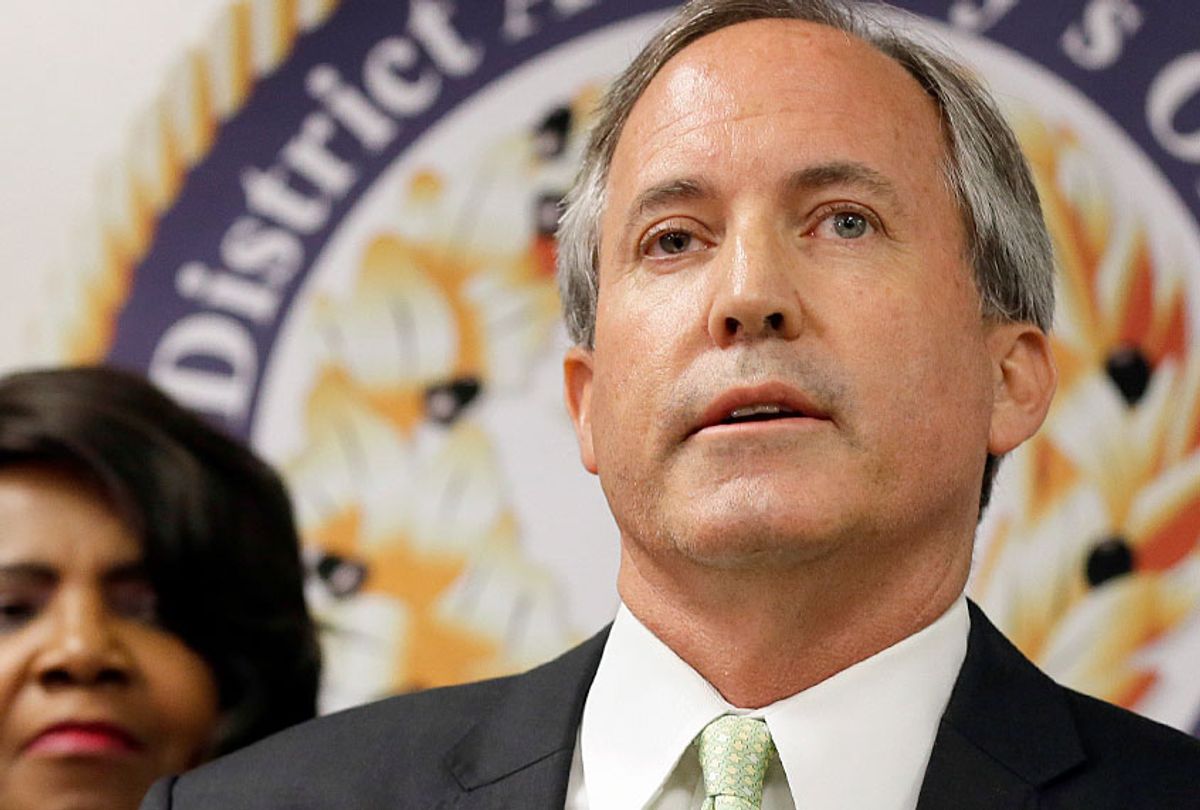 Texas state Sen. Angela Paxton has filed a bill that would give her husband, state Attorney General Ken Paxton, more power over regulations he is criminally charged with violating.

Paxton, a freshman Republican who took office earlier this year, filed a bill that would grant the attorney general’s office the ability to exempt entrepreneurs from various state regulations so they can sell “innovative financial products or services.”

One of the exemptions would allow a person to work as an “investment adviser” without registering with the Texas state board. Under the current law, failure to register is a felony punishable by two to 10 years in prison, a felony that Paxton was charged with in 2015, The Texas Tribune reported.

The bill would create what it calls a “regulatory sandbox” that would allow businesses approved by the attorney general to gain “limited access to the market … without obtaining a license, registration, or other regulatory authorization.”

Angela Paxton’s office said that the bill is aimed at protecting consumers despite expanding her husband’s power to arbitrarily decide which businesses are exempt from certain regulations. Beyond that, the bill would allow her husband to grant exemptions to the very law he is accused of violating.

Paxton was charged with failing to register with the state securities board after prosecutors say he illegally solicited clients for Mowery Capital Management. He plans to fight the charges in court but the Texas State Securities Board ruled in 2014 that Paxton illegally worked as an unregistered adviser at least three times between 2004 and 2012. Paxton was issued a $1,000 fine and did not dispute the findings. He has since claimed the criminal case against him is politically motivated.

Paxton was also cleared of related charges brought by the federal Securities and Exchange Commission in 2016.

“It gives an uncomfortable level of discretion to the attorney general,” Jens Dammann, a securities expert at the University of Texas School of Law, told the Tribune. “As the bill stands, he would have to make judgments about the innovativeness of financial products. That’s probably not his main focus.”

The proposal does not appear to apply any retroactive measures that could affect Ken Paxton’s criminal case but ethics lawyers said an indicted official’s wife offering legislation to put her husband in charge of a law he was charged with violating is “beyond the pale.”

“It sounds like one of the more blatantly unethical acts I’ve seen recently. That’s just ridiculous,” ethics lawyer Buck Wood told the Tribune. “This particular situation, it seems to me, is definitely personal to her and probably to very few other people.”

Angela Paxton’s proposal is a daring one for a freshman senator whom ethics experts warned last year would have to act with extra care if elected given her husband’s position. She shrugged off the potential conflicts of interest in an interview with KXAS last year.

“[We’re in] different branches of government and Ken and I are pretty like-minded people but we’re certainly not clones of each other,” she said at the time. “All you have to do is watch us around the thermostat to see that we have our own opinions on some things.”