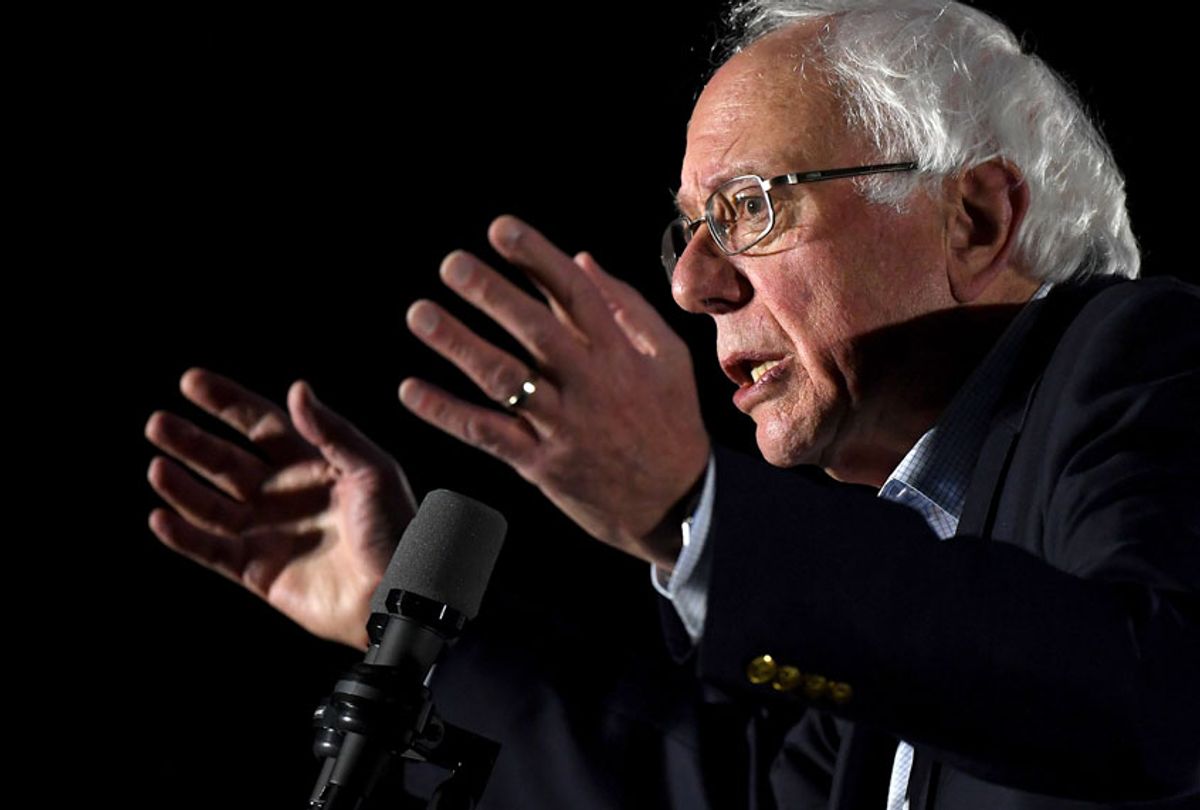 After months of contemplating whether or not he would be entering the 2020 Democratic presidential primary, Sen. Bernie Sanders of Vermont has officially declared, “I’m Bernie Sanders. I’m running for president.” The Vermont senator and self-described “democratic socialist” will have a lot more competition this time: instead of primarily debating Hillary Clinton, Sanders will be up against everyone from Sen. Kamala Harris to Sen. Elizabeth Warren to Sen. Amy Klobuchar (and possibly former Vice President Joe Biden as well if he decides to run). But regardless of whether or not he ultimately receives the Democratic nomination, Sanders’ decision to enter the race is a positive development.

Some of Sanders’ critics in the Democratic Party have painted him as a spoiler who, in 2016, undermined Clinton’s chances of defeating Republican nominee Donald Trump—which is nonsense. Sanders endorsed Clinton, aggressively campaigned for her in the general election and ruled out the possibility of an independent or third-party campaign. But the fact is that Sanders was a major plus for the 2016 Democratic primary because he brought liberal and progressive issues to the forefront. His presidential campaign proved to be more than a campaign—it became a movement. And as journalist Matt Taibbi pointed out in a December 2018 article for Rolling Stone, even Sanders himself was taken aback by the amount of support he received in 2016.

Here are some of the vitally important issues Sanders will likely be addressing during his 2020 Democratic presidential campaign.

The 2018 blue wave wasn’t exclusively liberal/progressive. Plenty of centrist Democrats were victorious as well, from Sen. Kyrsten Sinema in Arizona to Rep. Abigail Spanberger (a former CIA operations officer) in Virginia. But liberalism enjoyed a larger seat at the table in 2018 with Rep. Alexandria Ocasio-Cortez, Pennsylvania Lt. Gov. John Fetterman and all the other left-of-center Sanders allies who won. One of AOC’s top issues is what she describes as a “Green New Deal,” and the “New Deal” part is important because it underscores the influence that President Franklin Delano Roosevelt’s New Deal of the 1930s has on Sanders’ “democratic socialist” movement.

Trump has been vehemently anti-environment, promoting fossil fuels at every turn and pulling the U.S. out of the Paris Agreement. But scientists all over the world realize how dire a threat climate change is, and the Green New Deal will no doubt be one of Sanders’ top issues in the months ahead.

In 2016, universal health care was one of Sanders’ top issues: Sanders pushed a Medicare-for-all program, while Clinton favored expanding and reforming the Affordable Care Act of 2010, a.k.a. Obamacare. It was an important debate for Democrats to have, and it will be an important debate for them to have in 2019 and 2020. Sanders and the decidedly centrist Klobuchar have very different views on how to achieve universal health care, but they can agree that Trumpcare would be a disaster. And a robust discussion on the ways in which other major developed countries have increased life expectancy and insured all of their citizens is badly needed.

Millennials are not old enough to remember a time when most recent college graduates weren’t burdened with six-figure debts, but the 77-year-old Sanders remembers that time well—and as he runs against Harris, Warren, Sen. Cory Booker and others, he will no doubt have much to say about the exorbitant costs of college education. Sanders, however, also realizes that education doesn’t necessarily have to mean college. Blue-collar trade schools (from electrical work to plumbing to construction) are crucial to the economy as well, and Sanders recognizes the value of both blue-collar education and white-collar education.

The United States’ federal minimum wage peaked in terms of buying power in 1968, but in recent years, it hasn’t kept up with the high cost of living: the last federal minimum wage increase in the U.S. was in July 2009, when it reached its current rate of $7.25 per hour. And according to Bureau of Labor Statistics (BLS) data from 2015, the federal minimum wage of 1968 was equivalent to $10.90 per hour in 2015 dollars.

Sanders favors a national minimum wage of $15 per hour, which Republicans claim would bankrupt the country. But then, the GOP said the same thing when the United States’ first federal minimum wage was enacted as part of FDR’s New Deal in the 1930s and all employers had to start paying at least 25 cents per hour. The idea behind the minimum wage was that while all Americans won’t be living in luxury, they shouldn’t starve or be homeless either—and Sanders sees a $15 per hour minimum wage as a key element of revitalizing the New Deal.

Voter suppression has a been a high priority for Republicans in recent years, especially when it comes to Americans of color—and Sanders has been stressing the need for Democrats to fight them every step of the way. But he not only sees the need to protect voting rights; the senator also sees the need to promote greater voter participation. And encouraging more, not less, voting is vitally important for Democrats in 2019 and 2020.

In October 2018, Sanders introduced a bill to break up the United States’ six largest banks: Wells Fargo, Goldman Sachs, Bank of America, JPMorgan Chase, Morgan Stanley and Citigroup. As Sanders sees it—and certainly, Sen. Elizabeth Warren as well—there isn’t nearly enough competition in the banking sector. Sanders’ bill was merely symbolic: he obviously knew that a Republican-controlled Senate under Majority Leader Mitch McConnell’s leadership wouldn’t pass such a bill. But Sanders, by introducing the bill, acknowledged an ongoing threat: if megabanks are “too big to fail,” they’re bad for the economy. And along with Warren, Sanders is easily the most proactive candidate when it comes to addressing the too-big-to-fail crisis.