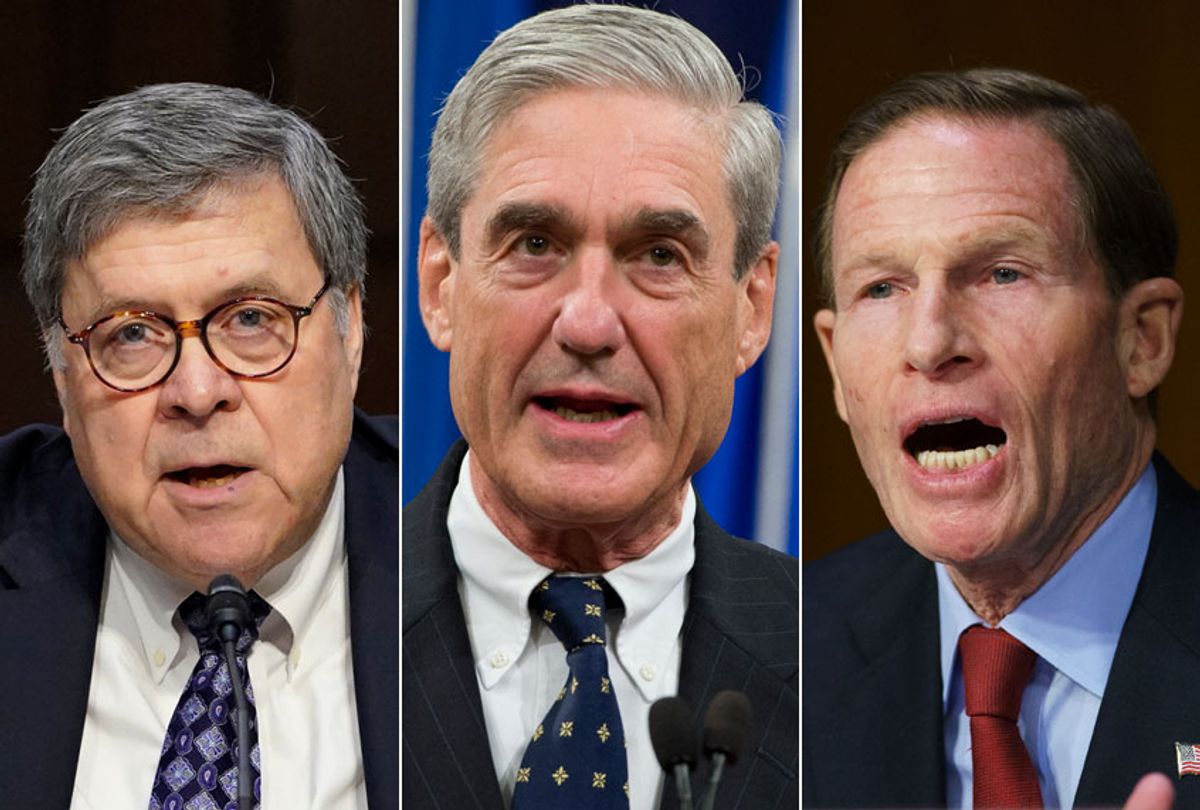 A Democratic senator has made it clear that if President Donald Trump's attorney general tries to suppress special counsel Robert Mueller's report, he will issue a subpoena for it.

In the process, that senator confirmed that the report's release is imminent.

"There’ll be subpoenas from Congress, including, I hope, from the Senate Judiciary Committee," Blumenthal told CNN's "New Day" regarding the possible imminent release of the Mueller report. He also warned Attorney General William Barr that refusing to release the full report would create the "public perception of a cover-up" and added that if Barr "believes — I think he does — that a sitting president cannot be indicted — I disagree with him — and he brings no charges that Mueller says can’t be brought, and if there are no public disclosures, the public rightly will feel that there is a cover-up." Blumenthal did acknowledge that, while the Senate and House can subpoena anyone they want, the Justice Department could very well resist it.

This echoes a sentiment that Blumenthal expressed on the matter last month, when he told CNN that "if necessary, our committee will subpoena the report. If necessary, we’ll get Mueller to testify. The American people need the information here."

Because Sen. Lindsey Graham of South Carolina, a Republican, is chair of the Senate Judiciary Committee, Blumenthal may not be able to subpoena the Mueller report even if he wants to. Then again, even if Barr suppresses the Mueller report and successfully resists congressional attempts to subpoena it, Mueller may have other options for making it public.

"The idea that a major problem is brewing assumes, of course, that Mueller’s findings are damning and arguably privileged—and that the damning facts might not emerge because of the assertion of privilege. But that may not be the case. If, for example, the facts are not that damning, or not so damning that they threaten Donald Trump’s presidency, they will likely come out because the president’s lawyers will want them to come out," judicial expert Benjamin Wittes wrote for Lawfare in January. The facts also might be damning and, in important respects, not privileged. No executive privilege would likely protect the president against evidence that he had, for example, coaxed or encouraged a witness to lie."

He added, "Mueller still has a lot of tools at his disposal. In the extreme case, for example, he can testify before Congress about his findings if he needs to, or even hold a press conference."