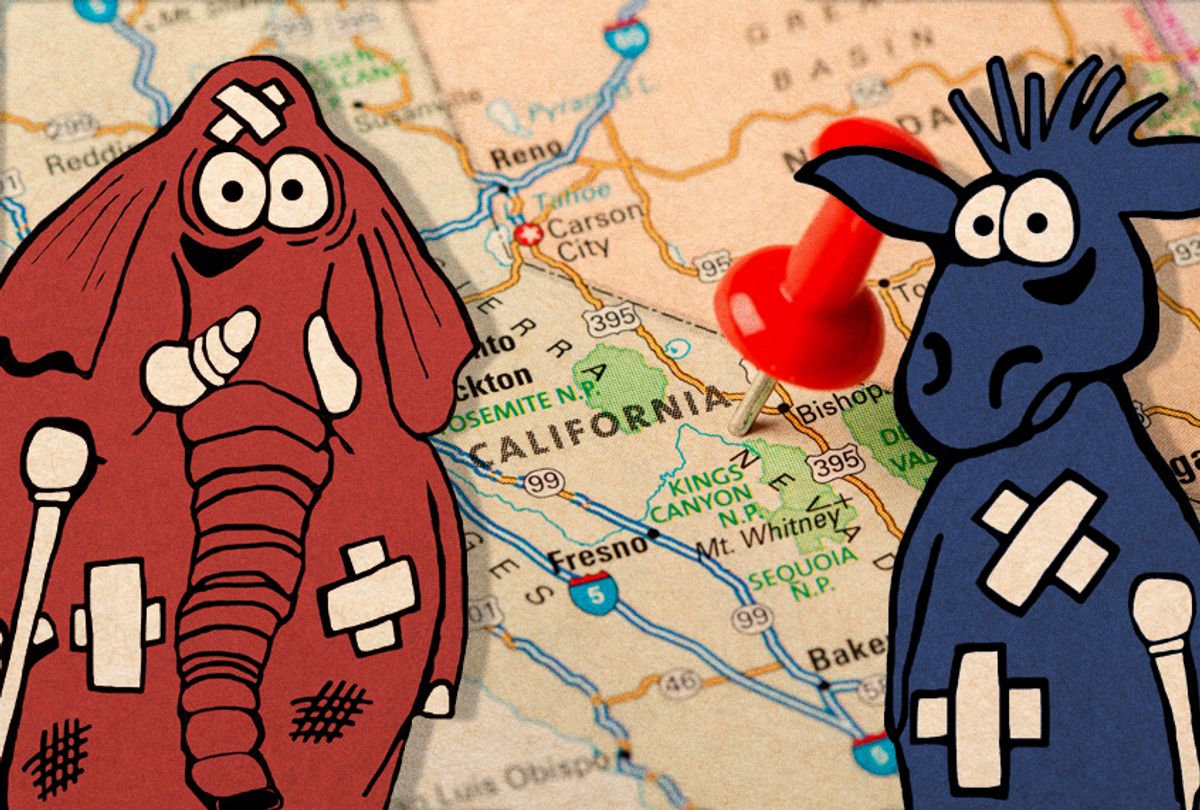 The field of 2020 Democratic presidential primary candidates is shaping up to be quite diverse politically, with everyone from self-described “democratic socialist” Sen. Bernie Sanders to Minnesota’s decidedly centrist Sen. Amy Klobuchar having entered the primary. But what some Democrats describe as a “big tent,” veteran New York Times columnist Thomas Friedman sees as “fractured”—and in his most recent Times piece, Friedman reflects on the strong ideological divisions with the Democratic and Republican parties.

“Over the years,” Friedman observes, “our two parties have usually managed to handle deep fractures. This time may be different.”

As Friedman sees it, the 2020 election could, in a sense, become a four-party battle thanks to two competing visions of what the Democratic Party should be and two competing visions of what the GOP should be. Friedman views the Democratic Party as divided between “grow-the-pie Democrats” and “redivide-the-pie Democrats,” while the GOP is divided between the “limited-government-grow-the-pie right” and the “hoard-the-pie, pull-up-the-drawbridge, Trump-led far right.”

“Grow-the-pie Democrats know that good jobs don’t come from government or grow on trees,” Friedman writes. “They come from risk-takers who start companies. They come from free markets regulated by and cushioned by smart government.”

“Redivide-the-pie Democrats,” according to Friedman, believe that “you can’t grow the pie without redividing it first. Inequality is too great now. There are too many people too far behind.” And Amazon’s decision not to build an office in Long Island City, Queens, Friedman observes, “marks the first big clash this election season” between these competing schools of Democratic thought.

Meanwhile, in the GOP, Friedman writes, the ideological divide is not only between Trumpistas and Never Trump Republicans—even within the “grow-the-pie” school of GOP thought, he stresses, there are disagreements over how much they should go along with the president.

“The limited-government-grow-the-pie faction is itself split between the Never Trumpers—who’ve refused to prostitute themselves to Trump’s serial lying, cozying up to Russia and other madness—and those who’ve hitched a ride on Trump’s wagon to get their tax cuts, conservative judges and deregulation,” Friedman explains.

The columnist goes on to say that just as the debate over Amazon in New York City illustrates the divide between competing Democratic views, the great lengths that President Donald Trump has gone to in the hope of funding a U.S./Mexico border wall underscore the divide within the GOP.

Friedman writes, “Trump’s decision to declare a ‘national emergency’ on the Mexico border has violated the party’s most core principle of limited government. In doing so, it’s opened a fissure between the old limited-government/grow-the-pie Republicans and the anti-immigrant/hoard-the-pie/pull-up-the-drawbridge Trumpers.”

Friedman elaborates, “The early signs are that the limited-government types, led by (Senate Majority Leader) Mitch McConnell, are so morally bankrupt—after having sold their souls to Trump for two years—they’ll even abandon this last core principle and go along with Trump’s usurpation of Congress’ power of appropriation.”

Bearing all these divisions in mind, the 65-year-old Friedman predicts that “the 2020 U.S. election will be unlike any in my lifetime.”

Friedman concludes his piece by asserting that a “common project” will be needed in the U.S. in order to “cure political tribalism.”

“We need a common project, and it’s obvious: build a new foundation for the middle class,” Friedman declares. “Ultimately, that requires the local and the national levels to work together.”