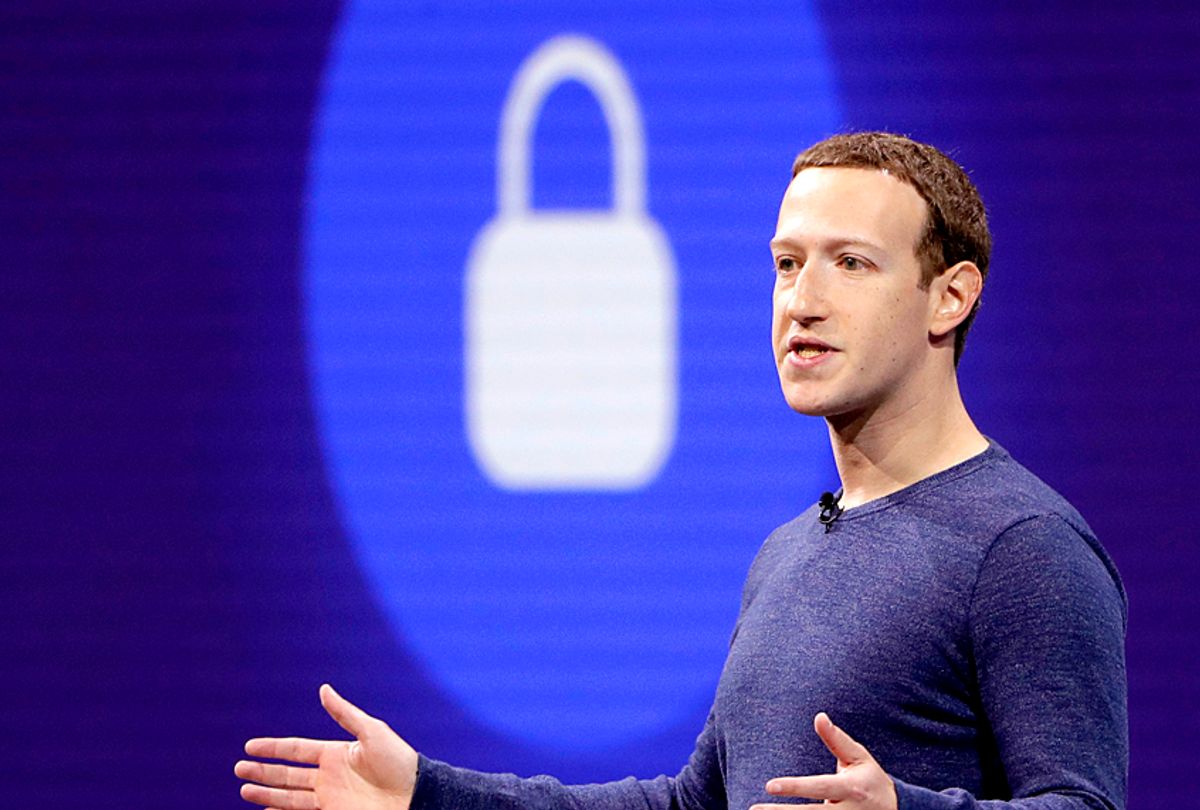 Last month, the social media giant announced that (with the advice of the Atlantic Council’s Digital Forensic Lab [DFRLab]) it had removed 783 assets   — pages, groups, and accounts  —  that the company assessed to be associated with an Iran-based network for “coordinated inauthentic behavior.”

The Atlantic Council is a D.C.-based think tank dedicated to multilateralism and “just societies” that embodies the American multilateralist elite. It is also Facebook’s consultant on what should be allowed on the world’s largest social media platform.

Among the problems cited by DFRLab were five Facebook pages about the Israeli-Palestinian conflict that “had a strong bias in favor of Palestine.” They were removed. Thumbs down.

Can you imagine the nerve of these Iranians? What kind of online demons would poke fun at Prime Minister Netanyahu?! In Hebrew! Poor, defenseless “conservative Israeli political sentiment” is under unfair foreign attack! From Iranian hackers! On Facebook! Such behavior, we regret to inform you, will not be tolerated by the politburo in Palo Alto.

A third offending page, @StopMEK, was removed for promoting views against the People’s Mujahedin of Iran, or MEK. The page was dedicated to denouncing the MEK, an Iranian organization opposed to the country’s clerical leader. The MEK is described by Facebook/DFRLab as “the largest and most active political opposition group against the Islamic Republic of Iran leadership.”

This statement is so factually false as to be ludicrous. The Iranian parliament, the Majlis, has organized factions critical of President Hassan Rouhani that are much larger and more active than the MEK. Masih, the country’s online anti-hijab movement that challenges the Islamic Republic’s clerical leadership, has 2.1 million followers, far more than the tiny MEK.

Facebook, wittingly or unwittingly, has succumbed to a crackpot propaganda campaign.

“The MEK, a cultish Marxist-Islamist group responsible for the death of six Americans in Iran before the 1979 revolution, lost out in the post-revolution power struggle and fled to Iraq, siding with Saddam Hussein against Iran in the 1980-88 Iran-Iraq war. Maryam Rajavi, the widow of MEK leader Massoud Rajavi, lives in a compound outside Paris...”

From 1997 to 2012, the MEK was listed by the U.S. government as a “Foreign Terrorist Organization.” When Human Rights Watch visited an MEK camp in Iraq in 2010, investigators documented widespread abuse of human rights.

“The Department does not overlook or forget the MEK’s past acts of terrorism, including its involvement in the killing of U.S. citizens in Iran in the 1970s and an attack on U.S. soil in 1992. The Department also has serious concerns about the MEK as an organization, particularly with regard to allegations of abuse committed against its own members.”

Most non-governmental observers, who have not received money from the MEK, regard the group as a political cult.

Secretary of State Hillary Clinton delisted the group in 1992 because the MEK paid millions of dollars to ex-U.S. officials of both major parties to speak at MEK events. John Bolton and Rudy Giuliani have taken MEK money. So have Bill Richardson and Howard Dean.

The group is funded by Saudi Arabia, according to Slavin, which “inflames” various conflicts in the Middle East. Writing for the Voice of America, Slavin said:

“Contrary to the MEK’s claims, there is nothing democratic about this cultist organization, which requires its members to divorce their spouses or remain celibate and engage in Maoist-style struggle sessions of self-humiliation. Those that manage to escape often require long periods of de-programming.”

Do Facebook and DFRLab not know that the MEK is a marginal group whose actions are inconsistent with the unobjectionable, if contradictory, stated principles of the Atlantic Council? Or do Facebook and the Council want to promote a crackpot group for reasons of their own, perhaps related to the current U.S.-Saudi policy of hostility to Iran?

Requests for response from the Facebook Press Office were not immediately returned.