William Happer once said CO2 is "actually a benefit to the world, and so were the Jews." In context, still weird 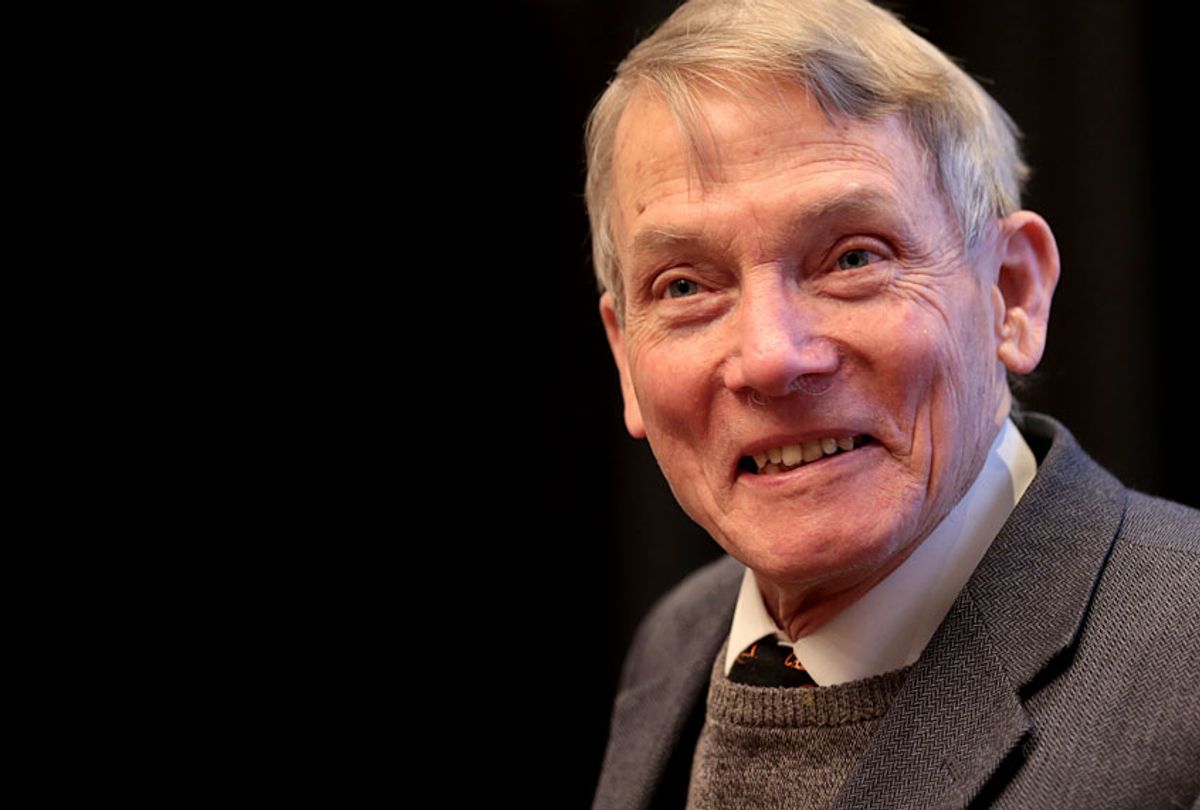 A White House panel charged with determining whether climate change poses a national security threat will be headed by a climate science denier who has said he believes carbon dioxide is actually beneficial for the environment.

The proposed Presidential Committee on Climate Security would be headed by National Security Council senior director William Happer, the Washington Post reported. The panel, which would be established by executive order, will reportedly be charged with trying to refute intelligence agencies’ repeated findings that climate change poses a national security threat.

Happer is a physics professor and a former Energy Department staffer under George H.W. Bush but has no training as a climate scientist. He has sat on the boards of several groups that advocate climate change skepticism, and has insisted that carbon dioxide is beneficial and not a pollutant.

“We’re doing our best to try and counter this myth that CO2 is a dangerous pollutant,” he said at a 2016 energy and policy summit funded by the conservative Heritage Foundation. “It’s not a pollutant at all. . . . We should be telling the scientific truth, that more CO2 is actually a benefit to the earth.”

Happer is also an opponent of the Paris climate accord. In an interview with E&E News last year, Happer praised President Trump’s decision to pull out of the accord. “There is no problem from CO2,” he said. “The world has lots and lots of problems, but increasing CO2 is not one of the problems.”

The reported formation of the committee comes after Trump rejected a government report that warned of the threats to the American economy posed by climate change.

“I don’t believe it,” the president responded.

Unlike past climate change panels that seek to come up with ways to combat global warming, this panel would be tasked with trying to refute the entire premise that climate change is a problem at all.

According to National Security Council documents obtained by the Post, Trump’s proposed executive order would create a committee to “advise the President on scientific understanding of today’s climate, how the climate might change in the future under natural and human influences, and how a changing climate could affect the security of the United States.”

The document cites multiple government reports that warned of the serious threat posed by climate change while adding that, “however, these scientific and national security judgments have not undergone a rigorous independent and adversarial scientific peer review to examine the certainties and uncertainties of climate science, as well as implications for national security.”

Francesco Femia, co-founder of the Center for Climate and Security, told the Post that the proposal is aimed at undermining the repeated findings of intelligence agencies.

“This is the equivalent of setting up a committee on nuclear-weapons proliferation and having someone lead it who doesn’t think nuclear weapons exist,” he said. “It’s honestly a blunt-force political tool designed to shut the national security community up on climate change.”

“Global environmental and ecological degradation, as well as climate change, are likely to fuel competition for resources, economic distress, and social discontent through 2019 and beyond,” Coats said.