The Unity Reform Commission’s unfinished business: opening up the Budget and Finance Committee 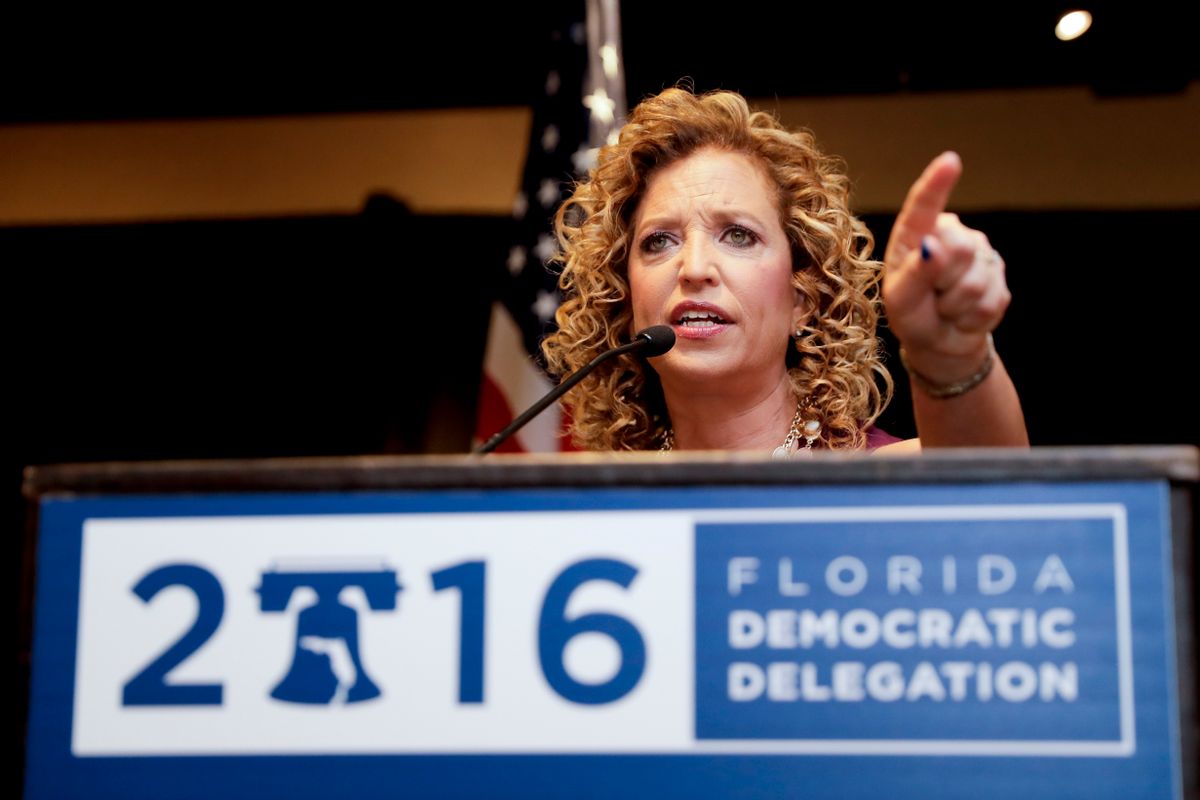 The Democratic National Committee may disclose more details about the way the national party spends money in campaigns and organizing, under a proposal that the DNC Rules and Bylaws Committee will finalize before its next meeting in June.

The proposal, which would change the Budget and Finance Committee from an appointed body to an elected body with intentionally diverse membership, is the last unfinished business from the DNC’s Unity Reform Commission process, which sought to heal the party’s internal divides after a fractious 2016 presidential nominating season.

“The fact that it didn’t get shut down is a good thing,” said Jim Zogby, a longtime DNC member and Arab-American human rights leader. “The fact is we need transparency and accountability in how we deal with budgetary matters. I’ve been on the DNC for 26 years and we’ve never had it. We have a chairman now who is more accountable. What’s to say we [won’t have] a future chairman like previous chairmen who were not accountable?”

Zogby, who supported Vermont Sen. Bernie Sanders in 2016 and is a founding board member of Sanders’ post-election political group, Our Revolution, described what more structured transparency would mean in concrete terms.

“For example, I chaired the [DNC] Ethnic Council for a while,” he said. “We would say, ‘We need money for a staff person.’ They [party executives] would say, ‘There was no money.’ I’d say, ‘What if we raised the money?’ They’d say fine. We’d raise the money and then they’d come back and say ‘We still don’t have the money.’”

“I wanted to see the budget. I wanted to see why there weren’t [party funds] for ethnic voters in Ohio, Pennsylvania, Michigan and Wisconsin,” Zogby continued. “They didn’t give us an answer because they didn’t have to. There was no way to hold them accountable. If they came up with a crappy campaign that spent gobs of money on direct mail that produced nothing, and we go to them and ask, ‘Who is the consultant who did that?’ They didn’t have to answer.”

Zogby said he and other DNC members who were not on the inside of the party’s national staff often learned what was happening from books or media reports.

“We shouldn’t have to read [recent acting DNC Chairwoman] Donna Brazile’s book, or find out from a Washington Post article, that [the previous chair] Debbie Wasserman Schultz had an agreement with the Hillary Clinton campaign and nobody knew about it,” he said. “The day after that announcement was made, I called all the vice-chairs of the party, and I asked, ‘Who made that decision?’ They say they don’t know. I called the treasurer, Andy Tobias, and he said he found out just like I did — he read the newspaper. You cannot have a political organization that is so unaccountable.”

The Rules and Bylaws Committee heard a presentation from Zogby before taking a break to discuss next steps. When they resumed, it became clear that some committee members were not on board. One asked if disclosing the spending information would give secret information to the GOP. Another said the current appointed committee worked well and answered questions to those who attended its meetings — usually starting at 7 a.m. One said they didn’t want to have too many elected members who could gum up the works.

But other members spoke of the benefits of more inclusive and transparent governance.

“The more we democratize our party is a good thing,” said Ken Martin, president of the Association of State Democratic Chairs and chairman of the Minnesota Democratic-Farmer-Labor Party.

The Rules Committee decided to meet in coming months with Zogby and others to draw up a more specific proposal for electing Budget and Finance Committee members to be voted on at its forthcoming meeting in June.

“I’m very happy to see that in an objective way that this was considered — rather than saying, ‘It’s late. Just forget it,’” said Larry Cohen, vice-chair of the 21-member Unity Reform Commission. “It was dealt with in a very good way.”

“The reason it’s useful is that it provides the way that people are elected to certain positions within the orbit of the DNC make up the bulk of the finance committee, as opposed to people who are simply appointed by the [party] chair,” continued Cohen.

“The reason this is important is the Budget and Finance Committee, after the fact, which is fine, looks at how has the party spent the money in the interim period — normally the past year — and can make sure that it is spent in accordance with what the DNC, as a whole, which only meets twice a year, decides,” he said.

After the Rules Committee adjourned, one DNC member in the hallway said the finance committee might have avoided this possible change if it held its meetings later in the day. Another countered that may be true, but said the DNC was pretty transparent in years it didn’t have a president in power. Under Democratic presidents, there is always quiet pressure from the White House dictating its priorities.