Why Trump is going after Dan Coats, not Gina Haspel 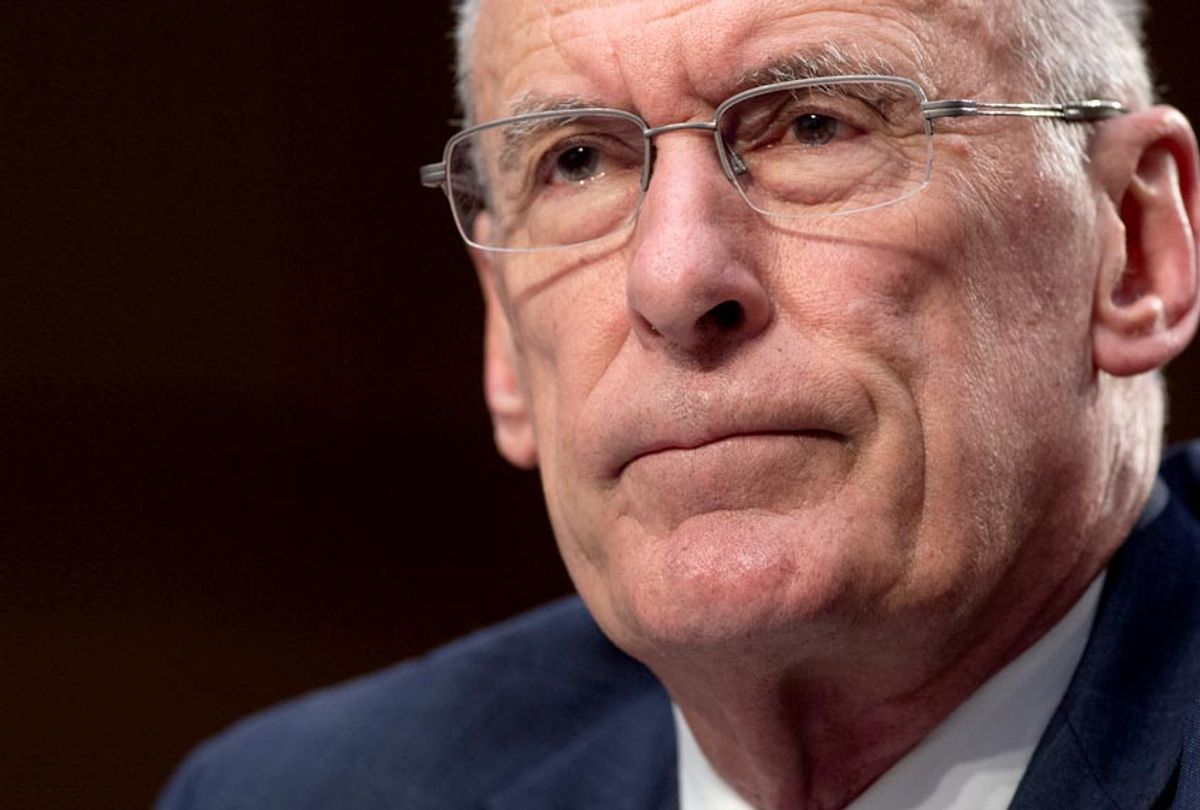 Dan Coats, director of the Office National Intelligence, is a low-key man in hot water, says the Washington Post.

Coats got his start in Washington politics in the 1980s as a congressman from Indiana. He was sometimes confused with Dan Quayle, his fellow Indiana Republican who later became a walking punchline as vice president under President Bush I and flamed out after four years.

Coats went on to become the senior senator from Indiana. Through the Bush II presidency, he voted the conservative orthodoxy, carried water for corporate donors/clients, and kept a low profile in the press.

When Trump became president, Coats was the warm body brought in to replace James Clapper, the cranky empire-building Democrat who loathes Trump with a grumpy passion. As Director of National Intelligence (DNI), Coats has faithfully reflected the views of the various bureaucracies over which he ineffectually presides.

That’s what the president can’t stand. Coats recycles the facts as the secret intelligence agencies see them. In Trumpian terms, he’s working for the “deep state.”

“Trump is still ‘enraged’ about Coats’s congressional testimony on national security threats last month, believing that the director undercut the president’s authority when he shared intelligence assessments about Iran, North Korea and the Islamic State that are at odds with many of Trump’s public statements, said one adviser who spoke with the president over the weekend.”

Note that Trump is not going after Gina Haspel, the army brat turned CIA director, who has diverged from the president’s predilections much more dramatically than Coats.

In the case of Jamal Khashoggi, Trump wanted the CIA to whitewash the bloody hands of Saudi crown prince Mohammed bin Salman (MBS), friend and business partner of Jared Kushner.

Mike Pompeo, James Mattis and John Bolton immediately obliged Trump. In their public appearances, the secretaries of state and defense and the national security adviser hemmed and hawed about Khashoggi’s killers with the familiar verbal flakery of cover-up artists: unclear evidence, reasonable doubt, we’ll never know, and so on.

Much to the satisfaction of the CIA workforce, Gina Haspel did not play ball with the boys. She relied on her agency and laid out the case against MBS for the Senate Intelligence Committee. Even die-hard Trump supporters were persuaded.

Haspel uttered the same findings about North Korea, ISIS, and Iran in the hearing where Coats testified. In fact, the Office of the Director of National Intelligence (ODNI) testimony that so irritated Trump was based in large part on CIA findings.

But Trump is not going after Haspel. The first female CIA director is a harder target for the bully president: a glass-ceiling-breaking woman with a record of toughness that includes the torture of living human beings.

Trump is resorting to habit in firing an apprentice, the Post notes:

“In venting his anger at Coats, the president was following a familiar pattern that precedes his dismissal of Cabinet officials. Trump often grouses about disloyalty with the understanding that his interlocutors will speak to reporters, thereby putting the offending official on notice that their days are numbered.”

In the Washington scheme of things, Coats is more vulnerable bureaucratically. The CIA employs 20,000 people; the ODNI employs 1,750. The CIA has been around for 70 years; ODNI for 15.

And, as Trump may be dimly aware, the Office of the Director of National Intelligence is nominally superior to the CIA director. A Trump-appointed replacement for Coats will be Haspel’s boss and might give the besieged president some leverage over Langley and the secret agencies that worry about his presidency.

So the president leaves the CIA director alone and looks for someone weaker to pick on. Dan Coats will serve — for now.

Source: Trump grows frustrated with Coats, leading some to fear he might be fired —The Washington Post