We've always lived in an era of alternate facts. These new shows remind us they're only bad if they're not sexy 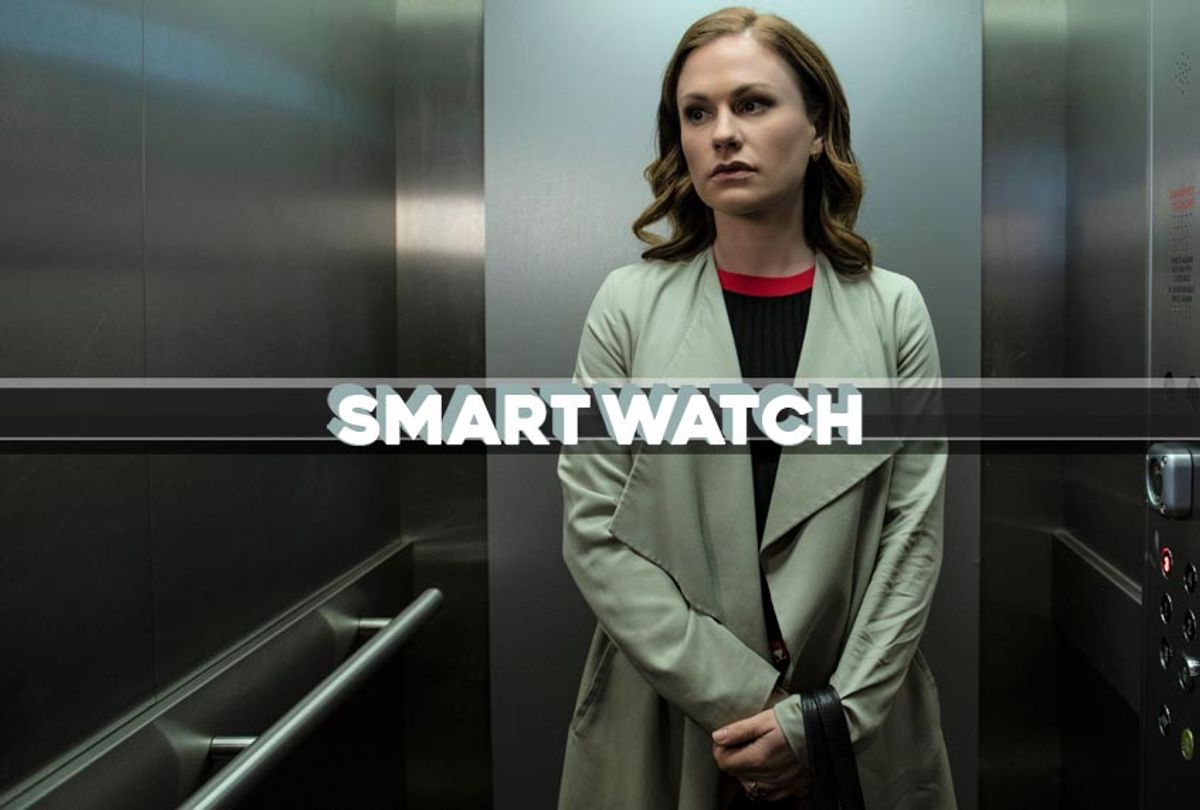 Lying has had a banner week, all told. Given how far we’ve sunken into a truthless age ruled by man who lies as easily as he breathes, that’s saying a lot. But those falsehoods are ordinary in their cluelessness. In order for whoppers to really get our attention, they have to have an air of theatricality to them.

This is why Jussie Smollett’s alleged filing of a false claim of a crime is transfixing as well as distressing. If he did fabricate an elaborate tale of a racially-motivated assault, going on a national news outlet to vehemently, tearfully make his case as part of the bargain, then this isn’t merely a matter of lying stupidly but also committing the sin of terrible stagecraft.

Pop’s new series “Flack” proves how crucial proper staging can be when the goal is to maintain an image and sell a lie. Anna Paquin’s publicity diva Robyn is the queen of bluffing and mistress of obfuscation in that regard, able to talk her clients into anything for the sake of protecting their almighty image, which is everything.

Robyn is one of the senior spin doctors at a crisis PR firm based in London and run by women, with Sophie Okonedo’s calculating, unforgiving Caroline running the place and Lydia Wilson’s soul-bereft Eve as Robyn’s best frenemy and effective partner in professional fabrication. Since “Flack” is technically a dramedy, the place also employs an innocent, Melody (Rebecca Benson), a fresh intern ready to be abused and battered into submission or, worse, into another PR agent.

Together, the women weave a tapestry of falsehood into lucrative deals for their clients. Glimpses of Robyn’s home life with her boyfriend (Arinzé Kene) and her sister Ruth (Genevieve Angelson) are far different than her daytime adventures in babysitting cokeheads, indulging in the occasional bump along the way even though she’s trying, intermittently, to get sober.

“Flack” has a devilish crackle to it that makes it highly watchable, and it part it’s the brazen construction of falsehoods and id-driven immorality that makes each episode such a rush. Paquin is a devil in spiky heels here, quite different from Sookie Stackhouse or any of her past figures, and watching her pummel feckless overgrown children into submission with a barrage of dialogue informing them of the precision and means by which she intends to destroy them is a blissful experience. Naturally she goes too far at times, even talking people into ruining themselves to protect their spouses. What's a marriage in comparison to an  endorsement deal?

Robyn is a creature of her choices as well.  Allusions to a childhood surviving a mentally ill mother explain her expertise with hiding her emotions and her willingness to disregard the feelings of those around her that she perceives as incapable and weak. Since she is the heroine of this tale, she’s also trying to be better, although in her wordless asides it’s obvious she doesn’t quite buy that there’s any real benefit or purpose in being good in this world.

Lies pay the bills after all, and “Flack” promotes that thesis with a touch of skepticism about the  dark deals its protagonists make. Robyn is brilliant at building moats of deflection and filling them up with enough falsifications to drown all the saints, but she’s never entirely at ease with it, in part because she’s in a tug of war with her own humanity.

This is where “Flack” evolves into something more than a ribald, id-driven lark. Behind the outrageous interludes showcasing Robin using persuasive fibbing to guide her clients through every kind of extravagant embarrassment, she’s confronted with the pressures all women must face. For her, though, it’s not merely a choice between career and starting a family, but defining which life allows her to be more honest with herself. “Flack” turns over these questions through Robyn but also via her friends and loved ones; her sister Ruth, strapped down with kids and a doting husband hiding a few of his own secrets, is softly envious of Ruth but often chides her messiness.  She encounters young parents all the time who seem tired and out of their depth, and can’t quite make up which version of fatigue is better, the kind born out of a night kept up by a squalling infant or one featuring too many rails of white powder and tequila shots.

The lying is tiring too, but “Flack” doesn’t hide how much of a rush it gives Robyn and her cohort or its necessary role in maintaining the status quo. “The world keeps turning, Robyn,” Caroline purrs to her charge with a chill in her voice. “We just help push.” As long as they’re skilled at it, everyone plays along.

It’s always better when the lies are sexy and have a purpose, right? Honestly, any ruse constructed to serve the greater good, God and country, is worth the fallout. We make such deals with ourselves when we align our affections with heroes who also happen to be killers and spies.

“Whiskey Cavalier” follows a crack team of characters led by FBI agent Will Chase (Scott Foley), for whom the series is named, and his CIA counterpart Frankie Trowbridge (Lauren Cohan), an efficient agent who has killed a lot of people with few regrets. This being an ABC spy series, the pair is drawn in the classic will-they-or-won’t-they pattern, with Foley cast as a hopeless softy who, when we first met him, is wallowing in despair after his girlfriend dumps him. To ease his pain he takes on a mission to retrieve an asset, unaware that Frankie is somewhat on the same mission.

Shenanigans ensue and a few yaddas later, they’re all working together on a unit that includes a tech wizard (Tyler James Williams), a psych (Ana Ortiz) and Vir Das as, um . . . another spy?

Point is, they’re all sexy people zipping around the world and stopping international criminals, often using bullets and explosives. Doing so requires them to assume false identities, double cross trusting rubes and win over the audience with witty banter. Frequently Will's colleagues have to warn him to keep his big sloppy heart in its case. "Agent: DO . . . NOT . . . EMPATHIZE" is an actual line of dialogue, and it sounds totally believable because look: the agent in question is played by the hottie from "Scandal." Not lying president hottie but, you know, the other one.

It’s your basic post-Shonda, post-“Castle” kind of ABC hour — full of snap and humor, easy on the grimness. Lots of people take bullets in the bobo, and many vehicles explode, but all that happens in some of the world’s prettiest capital cities at the hands of incredibly telegenic people.

That makes the violence plucky and entertaining, almost charming. Sexy, even. Under those circumstances, who cares if the nothing about this situation feels honest or believable? This is television, where anything false can be believed if the messenger is hot enough.