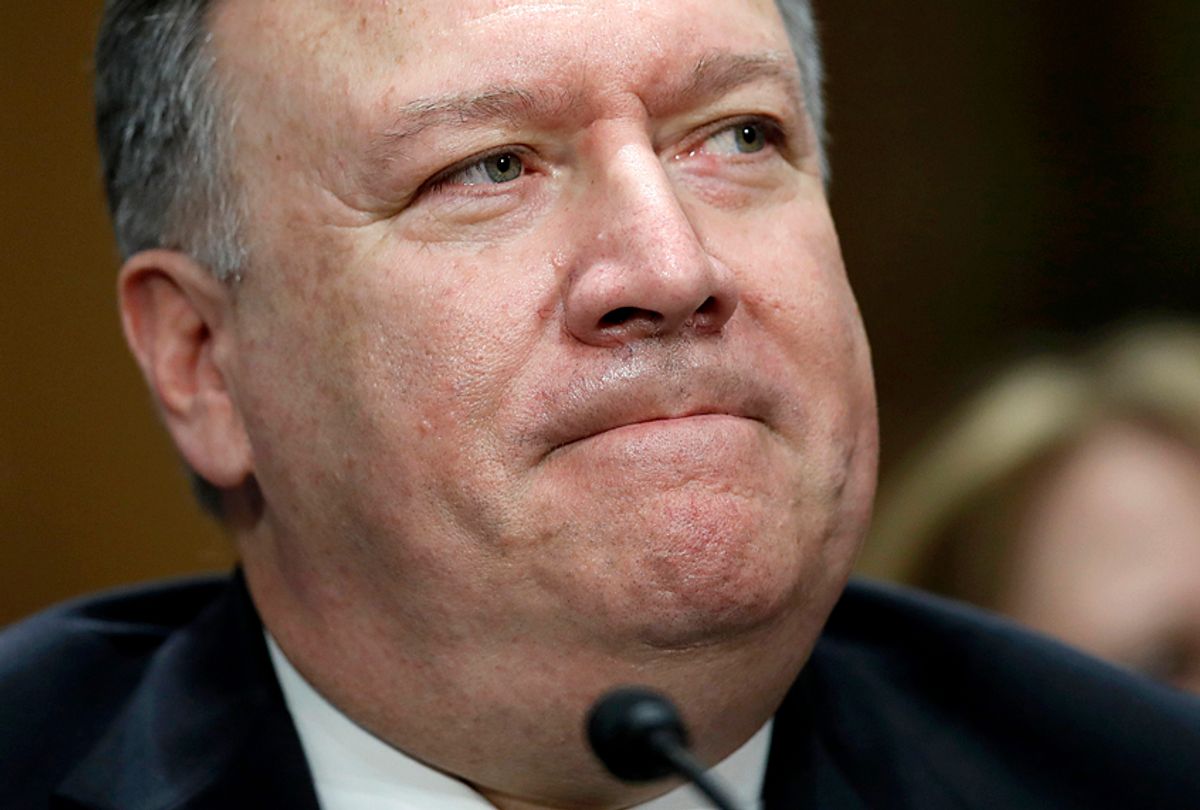 After dodging the question and attempting to throw shade on President Bill Clinton, Tapper edged back toward his original question by asking whether Pompeo believes Kim Jong-un is a nuclear threat.

"But the president said he doesn't?" Tapper asked, prompting Pompeo to sputter that "that's not what he said. I mean, I know precisely what he said..."

"He tweeted, 'There is no longer a nuclear threat from North Korea,'" Tapper interjected.

Pompeo then attempted to engage in damage control.

"What he said was that the efforts had been made in Singapore, this commitment that Chairman Kim made, have substantially taken down the risk to the American people," Pompeo told Tapper. "It is the mission of the Secretary of State and the President of the United States to keep the American people secure. We're aiming to achieve that."

"Okay, that's just a direct quote, but I want to move on," Tapper remarked.

"There's more sanctions to be had. There's more humanitarian assistance, I think, that we can provide. I think we'll find other ways to make sure that food gets to the people who need it, and we will," Pompeo told Tapper regarding the ongoing humanitarian catastrophe, according to CNN.

Pompeo also denied that the Trump administration was using humanitarian aid as a tool for forcing Maduro from power.

"This aid went in ... at the request of the legitimate president of Venezuela," Pompeo told Tapper, alluding to Juan Guiado, whom the Trump administration is supporting in his quest to oust Maduro. "He said, 'Please bring food to my people. Please bring medicine to the sick that are here.' That's what we've been working on these past few weeks."

He also denied that Venezuela's rich oil reserves had any role in American foreign policy toward that country.

"We're aimed at a singular mission — ensuring that the Venezuelan people get the democracy that they so richly deserve and that the Cubans, and the Russians who have been driving this country into the ground for years and years and years no longer hold sway," Pompeo told Tapper.