"She's saying, 'Don't have kids, because it's going to hurt our country,'" co-host Pete Hegseth alleges 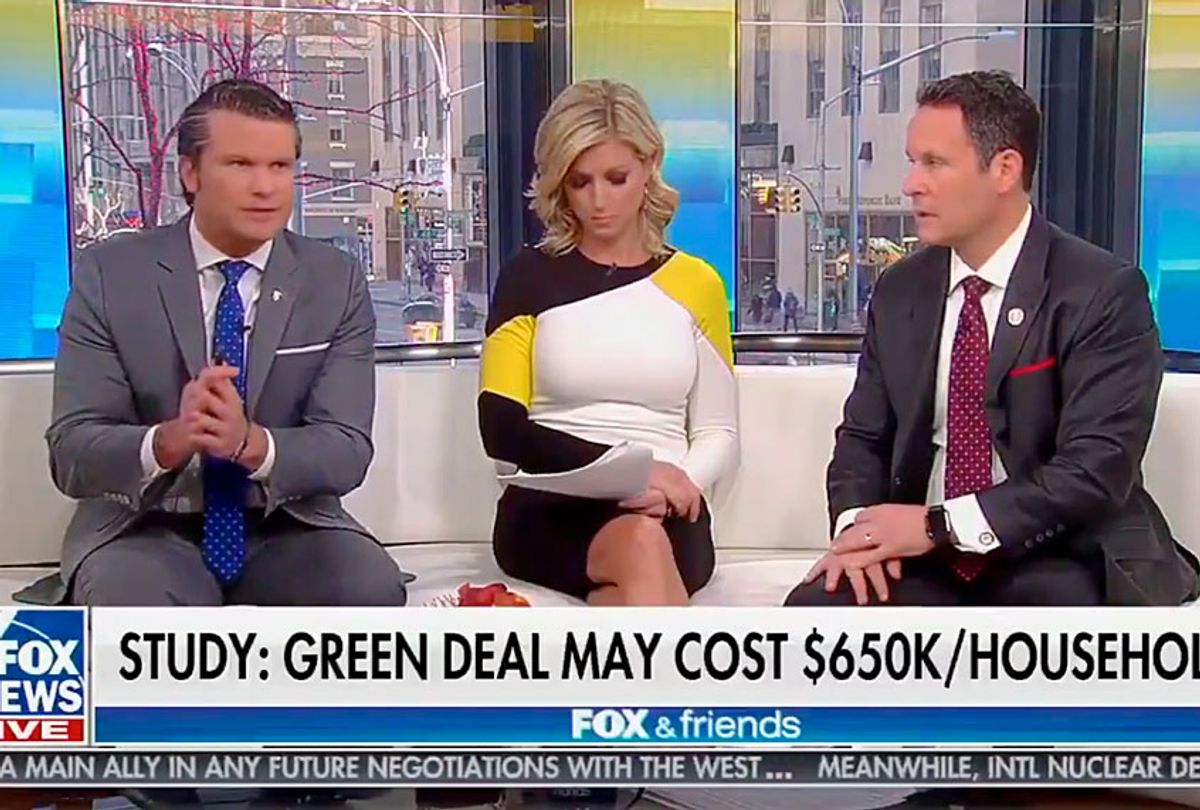 During a Tuesday morning segment about the New York Democrat's Green New Deal and its $93 trillion price tag over 10 years – as estimated by a right-leaning think tank – co-host Pete Hegseth slammed the congresswoman for expressing concern that young people might not want to have children in the face of climate change during a recent Instagram Live broadcast.

"If you listen to what she has to say, she's saying: 'Don't have kids, because it's going to hurt our country,'" Hegseth said. "So, if you don't believe in kids, and families and the flag, you're effectively admitting to civilizational suicide."

"No, really. She is saying, 'Don't have kids, because it's World War II. And we're not going to be around in 10 years,'" he continued. "When you stop believing in your own country, and your own values and free-market economics, you give up what made you special in the first place. She is the clear view of what the left believes today."

In fact, in her Sunday Instagram stream, Ocasio-Cortez answered a question from a viewer who asked whether it was "still OK" to have children in the era of climate change.

"Our planet is going to hit disaster if we don't turn this ship around, and so it's basically like: There's scientific consensus that the lives of children are going to be very difficult," the congresswoman said while cooking in her kitchen. "And it does lead, I think, young people to have a legitimate question. You know, 'Is it OK to still have children?'"

At the end of the segment, "Fox & Friends" aired a clip of conservative radio host Rush Limbaugh questioning Ocasio-Cortez's age and her ability to make policy decisions — a jab that appeared to resonate with the co-hosts.

"She doesn't know what she is talking about," co-host Brian Kilmeade said, adding that 2020 presidential hopefuls "Mike Bloomberg and Howard Schultz did."

Hegseth then dismissed Ocasio-Cortez, who, at 29, became the youngest woman ever elected to the U.S. Congress.

"Listen, it's like your kids spewing nonsense at you," he said. "And you're like, 'Quiet! Quiet! Learn something before you come back to me.'"