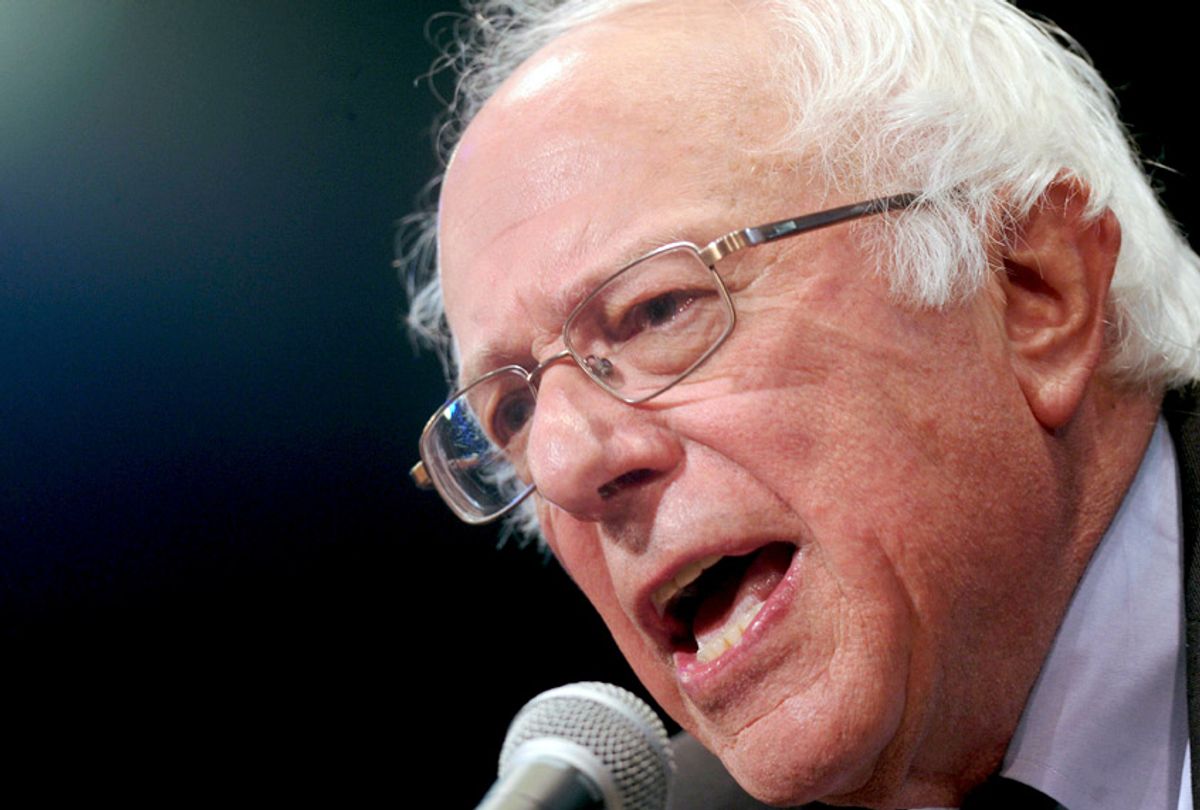 Bernie Sanders has just lost three top staffers from his just-announced 2020 presidential campaign, in what appears to be a major shakeup.

Tad Devine, Julian Mulvey and Mark Longabaugh, principals in the consulting firm Devine Mulvey Longabaugh, have announced that they are parting ways with the Sanders campaign, according to CNBC. Although the firm insisted that it remained on good terms with Sanders and shared his political vision, its leaders said that there were important differences in campaign strategy that could not be reconciled.

"There were differences in a creative vision. We want to leave on a very positive note and we are proud of the work we've done on the campaign. It was just clear, however, that we weren't in sync," Longabaugh told CNBC.

"I told the senator this morning that if he ever wanted to call on me for guidance I would be glad to provide that. I think everybody was kind of sad about it," he added.

Faiz Shakir, Sanders' campaign manager, released a statement saying that "the campaign appreciates all the good work DML has done and wishes them well."

The three members of DML, as the firm is known, played a critical role in Sanders' 2016 primary campaign, when he posed a strong challenge to eventual Democratic nominee Hillary Clinton. Mulvey was responsible for creating ads, including an acclaimed spot that featured the Simon & Garfunkel song "America." Longabaugh assisted in persuading delegates to support Sanders and maintained a working relationship with the Democratic National Committee. Devine, a longtime political operative who helped run Al Gore's campaign in 2000 and John Kerry's in 2004, served as Sanders' chief strategist, according to NBC News.

Devine's presence in the Sanders campaign was likely to be controversial this time around, given his past ties to disgraced former Trump campaign chairman Paul Manafort and former Ukrainian president Viktor Yanukovych, an ally of Russian President Vladimir Putin. Devine worked closely with Manafort in 2010 to elect Yanukovych, according to Vanity Fair. Although Devine left Manafort's team in 2012 and has not been implicated in the latter's criminal corruption, the optics for the Sanders campaign were arguably not ideal. Last year Manafort was convicted on eight counts of bank and fraud tax and pleaded guilty to two additional charges of conspiracy and lying to the FBI.

Another major concern about Sanders' 2020 presidential campaign is the candidate's age. If elected, he would take office at age 79 and would immediately become the oldest president in American history. Salon spoke to former Sanders campaign manager Jeff Weaver about that subject in May.

"Anybody who follows Bernie Sanders for one day and sees his schedule, and how rigorous it is, and how he drives everybody around him, works them into the ground with the amount of work and energy he has, I think they would understand that his chronological age is just not really a measure of his true age," Weaver told Salon.

"I would say this was true back in 2016 when the campaign started," Weaver continued. "A lot of reporters had a story in the can about how Bernie couldn’t keep up and wasn’t able to carry out a regular schedule. Within a week, those stories were thrown in the trash can because he was putting those reporters, many of whom were much younger than he was -- in fact, all of them were — he was wearing them out with the intensity of his campaign schedule."