Guyana hopes oil will bring wealth — not corruption and crisis 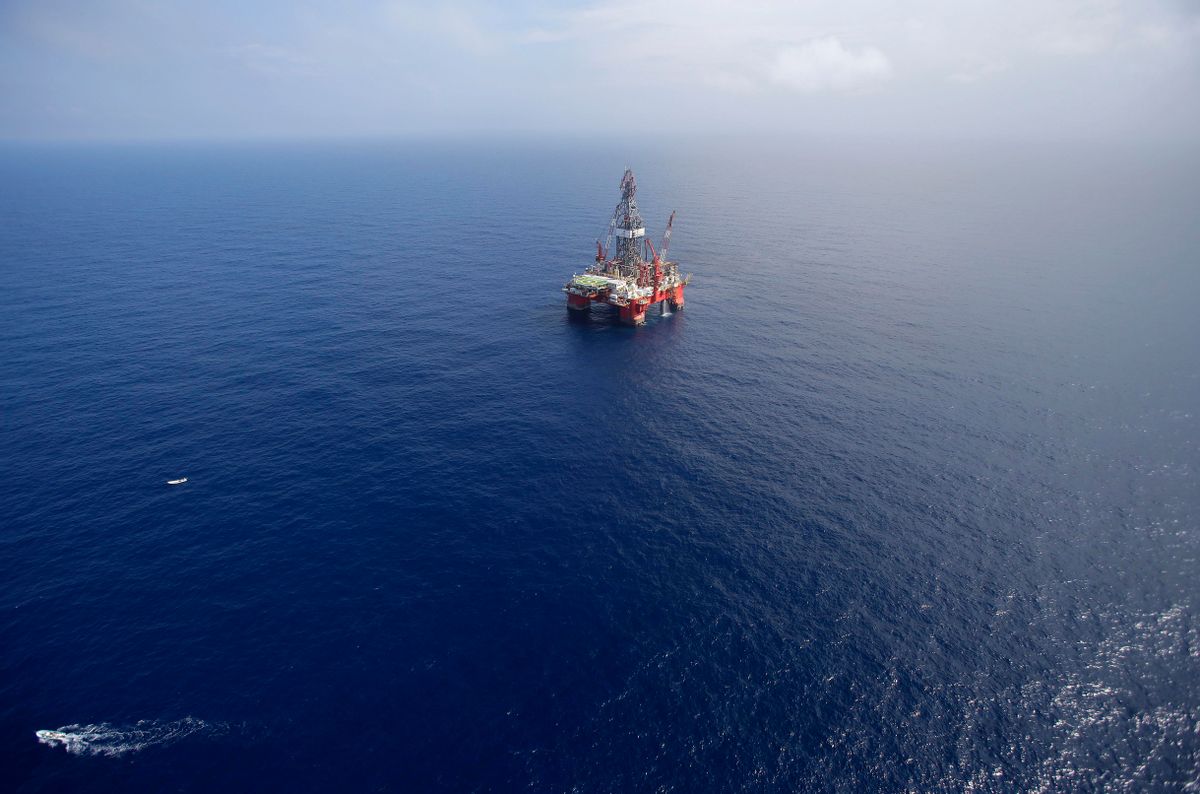 FILE - In this Nov. 22, 2013, file photo, the Centenario deep-water drilling platform stands off the coast of Veracruz, Mexico in the Gulf of Mexico. (AP Photo/Dario Lopez-Mills, File) (AP)
--

The mega deal is expected to increase Guyana’s gross domestic product from US$3.4 billion in 2016 to $13 billion by 2025. That’s because Guyana, one of the poorest in South America, will receive about half of all ExxonMobil’s oil revenue after the company’s exploration costs are repaid.

Nearly 40 percent of Guyana’s 800,000 people live in poverty. The oil money will provide a remarkable economic boost that could strengthen education, health care and infrastructure.

Guyana has a cautionary tale of the dreaded “resource curse” right next door. Oil-rich Venezuela is in economic and political crisis, with inflation expected to reach 10 million percent in 2019.

A blessing or a curse?

I study natural resource extraction in Latin America. Based on my research in Venezuela, Ecuador and beyond, Guyana is right to fear Venezuela’s fate.

The Guyanese government scores relatively poorly on measures of transparency and public corruption, making it much more prone to the resource curse than a robust democracy like oil-producing Norway. Guyana’s government is also is heavily indebted, so overspending its share of ExxonMobil’s revenue could be tempting.

The “resource curse” is a dangerous spiral of political corruption and economic mismanagement that has frequently driven commodity-rich nations — not just Venezuela but also Angola, Nigeria and Equatorial Guinea — into crisis.

It typically works like this: High oil revenues reduce the need to collect taxes from citizens. This can create a “no representation without taxation” effect, where governments use real or anticipated economic windfalls to fund social programs that placate citizens. That, in turn, reduces popular demand for — and a government’s willingness to provide — actual democratic representation.

Corruption blooms as elected leaders use oil income as their political slush fund, and votes are bought instead of earned. Ultimately, oil-funded governments can become less accountable to their citizens.

Guyana needs its oil to be a blessing, not a curse.

Infant mortality is very high: 26 of every 1,000 babies die at birth. And adult literacy, at 86 percent, is lower than South America’s regional average.

The origins of neighboring Venezuela’s economic crisis are complicated, but mismanagement of its petroleum industry is the central cause.

For the past 15 years, the Venezuelan government has overspent its oil revenue to fund social programs. When global oil prices dropped, as they often do, the government diverted funds for finding new wells to keep popular anti-poverty initiatives running.

Venezuela repeatedly borrowed money to keep the government going. It is now heavily indebted to international lenders, from China, Russia to the U.S. investment firm BlackRock.

Its oil industry has also been debilitated.

In the early 2000s, President Hugo Chávez fired many of the high-level managers who’d previously worked with Exxon, Chevron and other private energy firms in Venezuela, saying they were a foreign threat to Venezuela’s national oil business.

These executives had important technical expertise in extracting and processing Venezuela’s heavy crude that “would take at least 15 years to rebuild,” the government acknowledged at the time.

How to beat the resource curse

The resource curse is not inevitable in Guyana. Many resource-rich countries — including Malaysia, Chile, Botswana, Norway and Canada — have all avoided economic and political chaos.

The trick is to use commodity revenues in a responsible and sustainable manner and protect existing industries as a backstop to the volatile oil market.

One strong recommendation is to create a sovereign wealth fund. Both Norway and Alaska use these investment accounts to grow oil revenue, stabilize government budgets against fluctuations in oil prices and save for a rainy day.

To work as planned, however, these funds require strong oversight and strict management.

Venezuela, Trinidad and Tobago, and Ghana have all seen their sovereign wealth funds mismanaged or depleted by over-borrowing.

In January, Guyana’s National Assembly approved a bill that would create a sovereign wealth fund, which the finance ministry says is a “national imperative” to avoid the resource curse.

The Guyanese government will publish quarterly and annual reports on expenditures from its sovereign wealth fund. All withdrawals from the fund will also be subject to parliamentary approval.

When governments know that citizens are watching their every move, they are more likely to be accountable and transparent in spending commodity revenue.

Several domestic watchdog groups have emerged in Guyana since the discovery of oil there in 2015.

The website OilNow offers news, updates and podcasts alongside an interactive map of oilfields, offering industry information to Guyanese in accessible layman’s terms.

Guyana’s domestic branch of Transparency International has brought international experts to the country to train other Guyanese civil society organizations to “ensure the scrutiny of the governance of Guyana’s oil and gas sector.”

Compared to some neighbors in Latin America and the Caribbean, Guyana is better prepared for its oil boom.

To avoid the resource curse, however, the Guyanese government, people and ExxonMobil must continuously hold each other accountable — and remember the pitfalls they face.