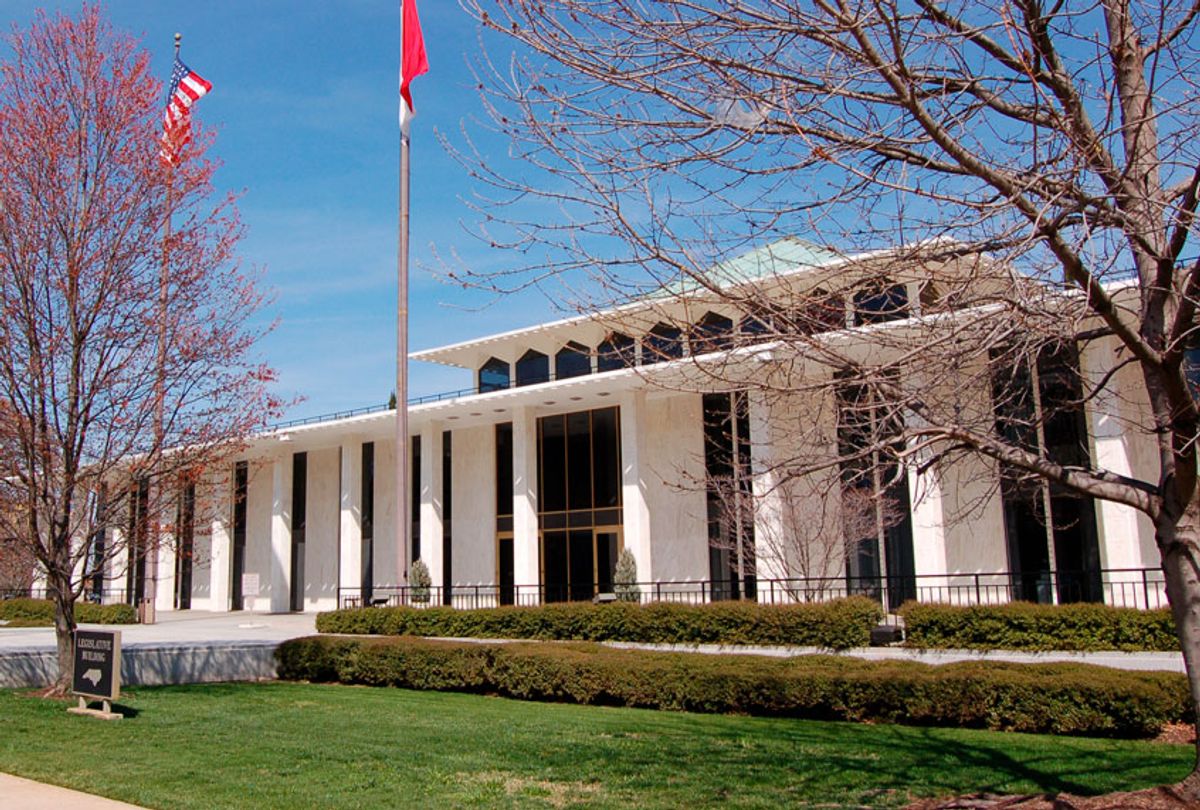 A North Carolina court ruled that two recently passed amendments -- one creating a voter ID requirement and another lowering the cap on the state income tax rate -- are invalid because they were proposed by a racially gerrymandered state legislature.

Though courts have increasingly cracked down on racial gerrymandering, lawmakers elected in illegally gerrymandered legislatures like North Carolina’s have been able to continue doing business as usual. The Wake County court ruling in the North Carolina State Conference of the NAACP v. Moore case could change all that.

Wake County Superior Court Judge G. Bryan Collins wrote in his ruling that “the people of this State have the inherent, sole, and exclusive right of regulating the internal government and . . . of altering or abolishing their Constitution and form of government” but that the state’s “General Assembly lost its claim to popular sovereignty” after the 2017 Supreme Court decision.

“The unconstitutional racial gerrymander,” Collins wrote, “tainted the three-fifths majorities required by the state Constitution before an amendment proposal can be submitted to the people for a vote, breaking the requisite chain of popular sovereignty between North Carolina citizens and their representatives.”

Kym Hunter, an attorney with the Southern Environmental Law Center, which represented the NAACP in the case, told WFAE that the judge’s ruling is “very strictly tied to constitutional amendments” and not general legislation.

The Associated Press reported that Republican legislative leaders have appealed the court ruling.

“These amendments were placed on the ballot and passed by an overwhelming majority of North Carolinians,” Hayes said. “This unprecedented and absurd ruling by a liberal judge is the very definition of judicial activism.”

The amendments were approved not only after the Supreme Court ruled North Carolina’s legislative districts illegal but also after a federal court ruled that the state’s previous voter ID law was written to intentionally “target African Americans with almost surgical precision.”

North Carolina NAACP president Rev. Dr. T. Anthony Spearman called the Republicans’ attempt to institute new voter ID rules “straight out of the playbook from our state’s shameful past of institutional racism, and we are glad the judiciary has stepped in to stop it in its tracks.”

“We are delighted that the acts of the previous majority, which came to power through the use of racially discriminatory maps, have been checked,” he said in a news release. “The prior General Assembly’s attempt to use its ill-gotten power to enshrine a racist photo voter ID requirement in the state constitution was particularly egregious, and we applaud the court for invalidating these attempts at unconstitutional overreach.”