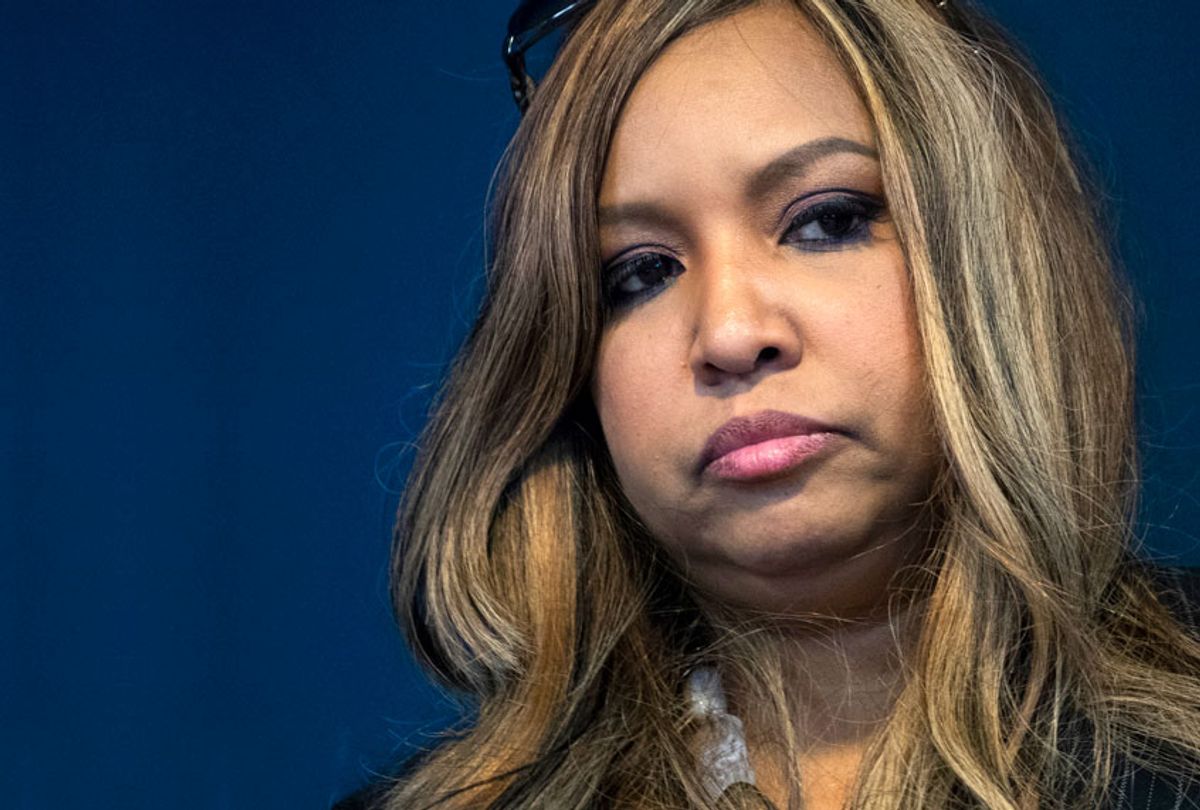 In order to defend President Donald Trump against Michael Cohen's accusation that he privately made racist remarks, one of the president's staunchest Republican supporters brought in a high-ranking African American White House employee.

"You made some very demeaning comments about the president that Ms. Patton doesn’t agree with. In fact, it has to do with your claim of racism," Meadows said when introducing Lynne Patton, a top official at the housing administration under Trump, according to The Hill. The Secretary of Housing and Urban Development, Dr. Ben Carson, is also an African American. Patton insisted that she had never experienced racism at Trump's hands.

"She says that, as a daughter of a man born in Birmingham, Ala., that there is no way that she would work for an individual who was a racist. How do you reconcile the two of those?" Meadows added.

A GOP congressman introduced a high-ranking political official at Dept. of Housing and Urban Development as a guest at Cohen's hearing.

He said Lynne Patton, who is black, doesn't agree with Cohen that Trump is a racist since she was hired to work for him https://t.co/nn0gwhGCfY pic.twitter.com/aHOeykE6UN

Cohen responded, "As neither should I as the son of a Holocaust survivor."

Cohen also rebutted Patton's defense by pointing out that she had been hired because of Cohen's involvement and observed, "Ask Ms. Patton how many people who are black are executives at the Trump Organization, and the answer is zero."

New Jersey Democratic Rep. Brenda Lawrence shot back at Republicans for trotting out a black woman to dispel Cohen's claim that Trump is a racist — pointing to the president's own public statements.

"I just want to put on the record, as being a black American and having endured the public comments of racism from the sitting president, as being a black person, I can only imagine what's being said in private," Lawrence said.

She added, "To prop up one member of our race and to say that nullifies it is totally insulting."

Trump has made a number of documented racist comments and engaged in demonstrably racist actions during his career as a public figure. In 1973 he and his father a legal challenge from President Richard Nixon's administration for allegedly discriminating against African Americans in their buildings, according to The Washington Post. In 1989, Trump told NBC News that "a well-educated black has a tremendous advantage over a well-educated white in terms of the job market. If I were starting off today, I would love to be a well-educated black, because I believe they do have an actual advantage." Around that same year, Trump infamously made a slur against Japanese people by saying, "Who the f knows? I mean, really, who knows how much the Japs will pay for Manhattan property these days?"

That history continued until recently. When he kicked off his 2016 presidential campaign, he said that "when Mexico sends its people, they’re not sending their best. They’re not sending you. They’re not sending you. They’re sending people that have lots of problems, and they’re bringing those problems with us. They’re bringing drugs. They’re bringing crime. They’re rapists. And some, I assume, are good people." The following year, Trump said that immigrants from Haiti have AIDS and those from Nigeria would never "go back to their huts" if they visited the United States, according to The New York Times. He also expressed sympathy for the white supremacist marchers in Charlottesville that year and has repeatedly questioned the intelligence of African American politicians like President Barack Obama and Rep. Maxine Waters, D-Calif.