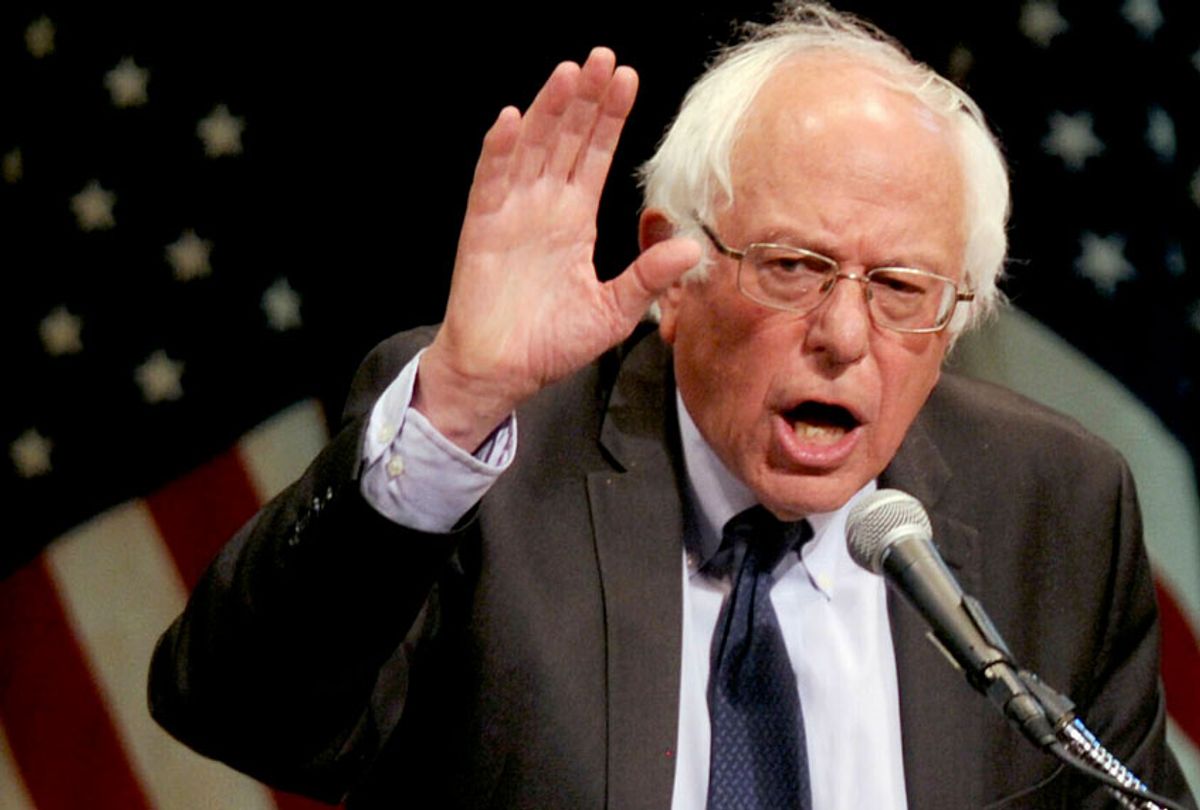 CORRECTION: As originally published, this article inadvertently combined a statement made by Bernie Sanders in 2016 with his remarks from the recent CNN town hall. The error has been corrected.

Sanders was asked by CNN anchor Wolf Blitzer whether he supported “reparations for slavery” at a town hall event Monday night. He did not directly answer the question at first, saying, “There is legislation I like introduced by Rep. Jim Clyburn. It’s called the 10-20-30 legislation, which focuses federal resources in a very significant way on distressed communities — communities that have high levels of poverty. I think we have to do everything we can to end institutional racism in this country.

"We're going to do everything we can to put resources into distressed communities and improve lives for those people who have been hurt from the legacy of slavery," Sanders added.

“So what is your position specifically on reparations?” Blitzer pressed, noting that Warren and Castro supported the idea.

“What does that mean?” Sanders responded. “What do they mean? I’m not sure anyone is very clear.”

Sanders previously called the idea of reparations “divisive” when he ran for president in 2016, saying that such legislation was not realistic. “First of all, its likelihood of getting through Congress is nil," he said. "Second of all, I think it would be very divisive. The real issue is when we look at the poverty rate among the African-American community, when we look at the high unemployment rate within the African-American community, we have a lot of work to do.”

Though his opponents have not been clear on how they would approach reparations, Castro, Harris and Warren have come out strongly in favor of the idea in recent days.

“I have long believed that this country should resolve its original sin of slavery, and that one of the ways we should consider doing that is through reparations for people who are the descendants of slaves,” Castro told MSNBC Monday. “It is interesting to me that, under our Constitution and otherwise, we compensate people if we take their property. Shouldn't we compensate people if they were property, sanctioned by the state?”

Castro said he would establish a “task force” to review how to approach reparations.

Harris expressed support for reparations earlier in February and reiterated her support this week in an interview with The Root.

“I think there has to be some form of reparations,” she said. “We can discuss what that is, but look, we’re looking at more than 200 years of slavery. We’re looking at almost a hundred years of Jim Crow. We’re looking at legalized segregation and, in fact, segregation on so many levels that exists today, based on race. And there has not been any kind of intervention done understanding the harm and the damage that occurred to correct course, and so we are seeing the effects of all of those years play out still today.”

Pressed on whether she would lead a debate on what reparations would look like, Harris said she would address things like “seriously undiagnosed and untreated trauma” and “what kind of resources are we going to put in communities to help folks heal and be on an equal footing.”

Harris has proposed monthly payments in the form of a tax credit to qualified citizens of any race, NBC News reported.

Warren said in New Hampshire Friday that the country needs to confront its “ugly history of racism” and “talk about the right way to address it,” the Washington Post reported.

Warren has proposed creating a universal child care program that would grant free access to child care for families with an annual income below 200 percent of the poverty line.

Warren added that she would support reparations for Native Americans as well.

"It's an important part of the conversation,” she said.

Former President Barack Obama opposed reparations in 2016 but told author Ta-Nehisi Coates toward the end of his tenure that he was open to the idea even though it was politically fraught.

"Theoretically, you can make, obviously, a powerful argument that centuries of slavery, Jim Crow, discrimination are the primary cause for all those gaps," Obama told Coates. "That those were wrongs done to the black community as a whole, and black families specifically, and that in order to close that gap, a society has a moral obligation to make a large, aggressive investment, even if it's not in the form of reparations checks, but in the form of a Marshall Plan, in order to close those gaps.”

Coates wrote in a 2014 essay in The Atlantic that Democrats even discussing reparations was a positive step, noting that the idea was mocked by comedian Dave Chappelle in 2003.

"It has generally been dismissed as utter lunacy," Coates wrote. "It's not being mocked now. Step one is to get people to stop laughing."

"It's not wrong to say we need to cure cancer — which is what I take the support of reparations to actually be — but we don't have a full diagnosis yet," he wrote. "If you can actually get a study that outlines what actually happened, what the needs are, what the debt actually is, and how it was incurred, then you can design programs to actually address it. That gets you out of the vagaries of just saying you support reparations."