Lynne Patton to "Fox & Friends": Rashida Tlaib is the racist for believing Michael Cohen over me

“The president does not see color, race, creed, religion,” Patton says of her boss Donald Trump 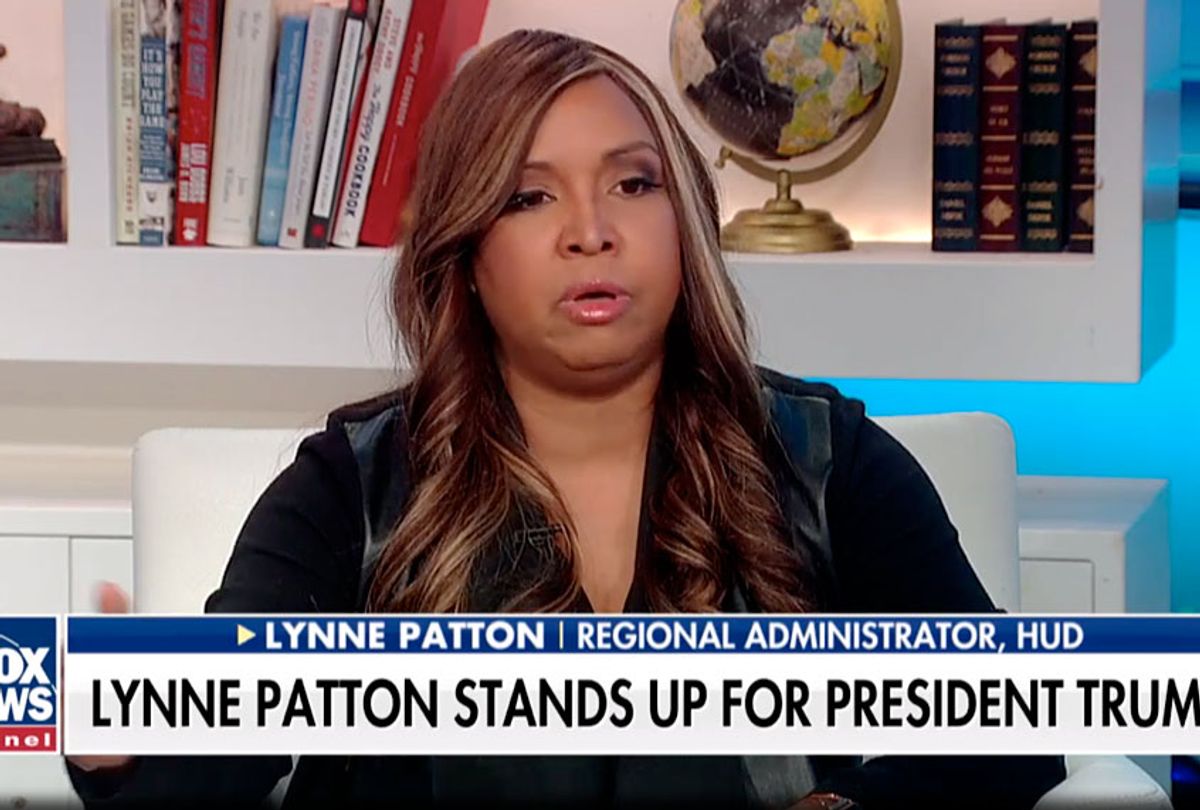 Fox News gave Trump associate Lynne Patton a chance to do something she could not — talk — during an appearance at a House Oversight Committee hearing.

Patton, a Housing and Urban Development (HUD) official and former Trump Organization employee, attended the hearing as part of a Republican attempt to rebut claims by Michael Cohen, who described President Donald Trump as a racist conman.

“The president does not see color, race, creed, religion,” said Patton, who is black. “What he sees is success and failure, and whether that manifests itself as a person, a place, a property, a restaurant, a TV show, a policy, you know, a country, a community, he makes no differentiation. So, to me, that is what makes people uncomfortable — he doesn’t care what people think, and he will tell it like it is.”

Rep. Mark Meadows (R-NC) brought Patton before the committee to challenge Cohen’s claims of racism by the president, but several Democratic lawmakers — including Rep. Rashida Tlaib (D-MI) — later criticized his actions as an insulting stunt.

“What I would like to ask the congresswoman of Michigan,” Patton told “Fox & Friends,” “why she takes the word of a self-confessed perjurer, criminally-convicted white man over a black female who is highly-educated, rose up through the ranks of one of the most-competitive companies in real estate, spoke before 25 million people at the Republican National Convention and now works in one of the most historic administrations in history.”

“So to me,” she added, “that would be my question. That is more racist than being put up there as quote-unquote prop. Trump has time and time again done so much for the black community. I’m proud to be a part of it.”