Matt Gaetz allegedly overheard speaking to Donald Trump about Cohen tweet: "Happy to do it for you" 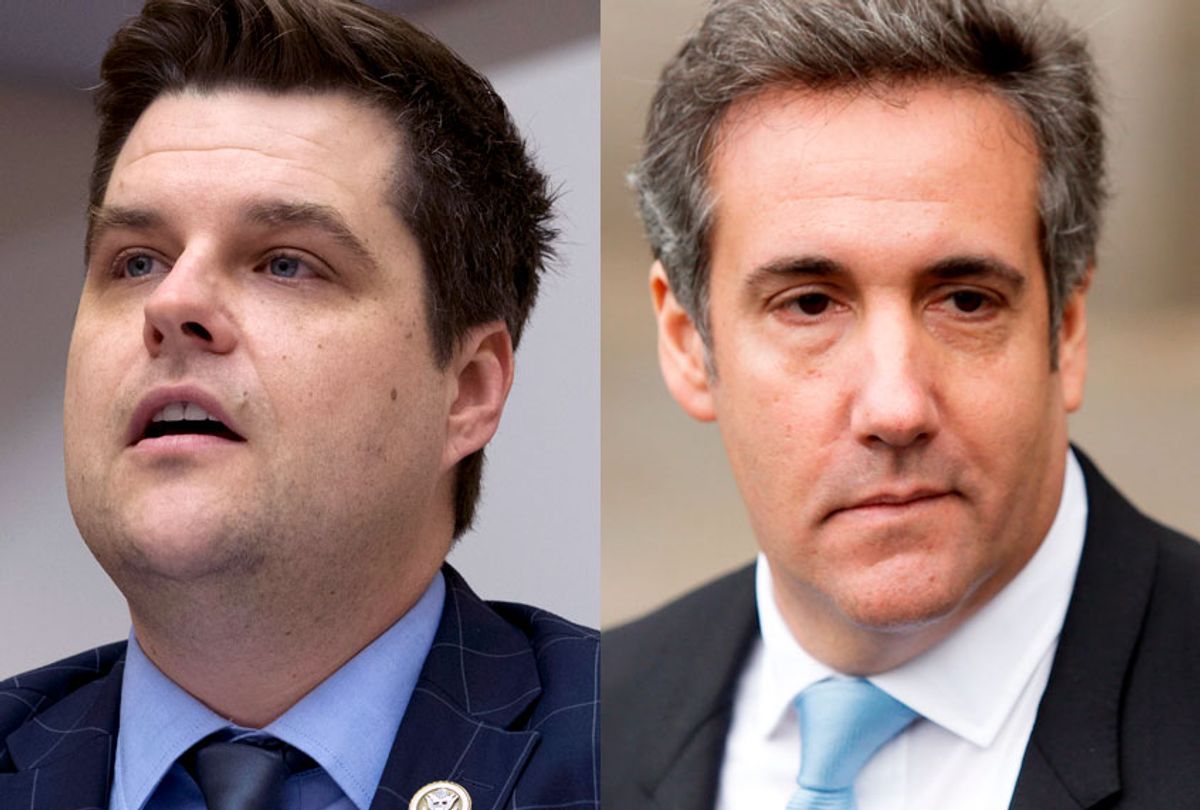 Rep. Matt Gaetz (R-FL) has fallen under investigation for an apparent threat against Michael Cohen — which he may have made at President Donald Trump’s request.

The Florida Bar Association is investigating a tweet Gaetz made, and later deleted, apparently threatening to reveal Cohen’s alleged infidelities to his wife, a day before the former Trump Organization lawyer testified before the House Oversight Committee.

Rep. Stacey Plaskett (D-Virgin Islands) suggested during Wednesday’s hearing that he should be referred for possible criminal prosecution for witness intimidation or tampering.

Edward-Isaac Dovere, a staff reporter for The Atlantic, tweeted Thursday that he overheard a phone conversation between Gaetz and Trump, whom he said called the Florida Republican from Hanoi to discuss the Cohen testimony and apparent threat.

“I was happy to do it for you,” Gaetz said, according to Dovere. “You just keep killing it.”

Gaetz later refused to discuss the call, but Walter Shaub, the former director of the United States Office of Government Ethics, said the lawmaker’s comments should be investigated by both the Florida Bar and the Office of Congressional Ethics.