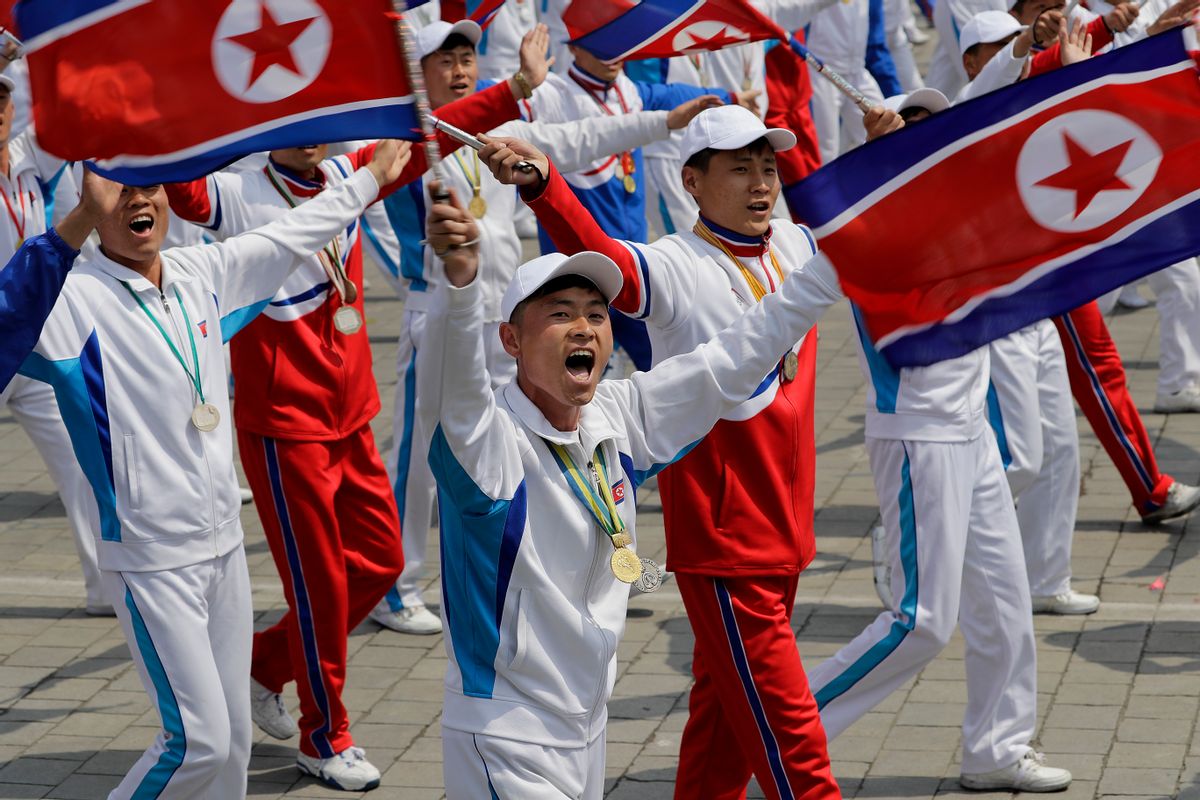 Securing foreign currency is critical to the political management of North Korean society. It is the key element in buttressing loyalty for Kim Jong Un.

That aside, both carrots and sticks are used to run the system of managing North Korea’s society politically. They can be categorized as follows.

1. “Gifting”/Patronage system
In a society where there is very limited access to personal or career growth, the main form of recognition is non-monetary — being recognized by the Great Leader or the party directly.

This usually comes in a package consisting of public recognition and the showering of “gifts.” Gifts are usually luxury goods from the West — cars, clothes, perfumes, cosmetics, alcohol, electronics goods.

Receiving them usually is a strong emotional moment, turning the gift into the proudest possession for the recipients. It also creates a very intense and personal loyalty to the Great Leader.

2. Co-opting the talented
Talented, influential and capable members from all segments of North Korean society who have shown loyalty to the regime are given the privilege to live in Pyongyang. The quality of life in Pyongyang is equivalent to a second-tier city in Europe.

Pyongyang has a population of about 3.2 million people, who account for about 13% of the national population of 25.5 million. These people represent the indispensable elite that is most loyal to the party.

This permanent co-optation system also ensures a constant flow of elite outreach and intake from the outer regions that are in touch with the grassroots in their regions and are able to manage them.

Since there is no free travel within the country, there is no other way to migrate into “heaven-like” Pyongyang except by selection by the party. This is a privilege no one would take for granted.

3. Core “revolutionary” families
Families descended from the inner circle of Kim, the founder of North Korea, are especially trusted and given elite status with all the plum jobs. Within this circle, obviously those directed to supporting Kim himself have special advantages.

This inner core is given the most trusted positions in all sectors of government and the army. They ensure loyalty within the system and watch over each other. They form a tight band — but are in intense competition between themselves for favours from the Great Leader and at the same time united in managing North Korea’s polity.

4. The army
With 5.5 million army reserves (the largest such pool in the world) and an estimated 25% of the economy, the military’s might is critical to enforcing the fear element within North Korean society.

5. Propaganda
It comes in several forms:

a. Perpetual war scenario
North Korea has been cut off from free media access since 1953 (or 66 years). Thus, three generations have grown up without direct contact with the outside world.

North Koreans also have not experienced any system other than communism. From kindergarten age on, children are socialized to sing songs in praise of the three Kims and to be grateful to the Great Leader on a daily basis.

All events in the country start with a pledge of gratitude to the party and to Kim. And every day on TV, North Koreans get to see the animated image of a “glorious light” emerging from the North engulfs the South to create a united Korea.

North Korean TV also still gives the impression of the country being at war with the Americans and spreads a feeling that a new attack is imminent. In that narrative, the leadership of Kim and the party is the only thing that has been keeping the country at peace and in relative prosperity against the alternative of war and chaos.

For us outsiders, it is difficult to appreciate how real and palpable this reality is to a people which has been so isolated for so long. This has cultivated an extreme sense of patriotism in the North Korean people, maybe virulently so.

Consequently, the degree of hardship and the readiness to make sacrifices which the people would be willing to undergo to defend their country is something that should not be underestimated.

b. Image
In news coverage, the Great Leader is shown regularly as having a very personal touch with the North Korean people. This touch takes two forms. The first one is to make house visits and taking care of the needs of those who are struggling.

The second is for him to shower words of praise, and very tangible items (such as apartments, household electronics and the like) onto those who have contributed to Kim’s North Korea in a big way — like scientists and workers showing extraordinary loyalty to the state.

6. Nuclear weapons
Nuclear weapons are portrayed as the linchpin to the country’s survival and its way of standing up to the American Goliath.

Kim’s successful program has sealed his unchallenged position within the country. It demonstrates his ability for the country to stand up against the enemies and makes him a worthy successor to his forefathers.

Scientists related to those programs have almost a “rock star” status in the country. They are given the best apartments and are lavished with recognition.

For those who are critical or disobedient, there are “sticks” in place to enforce their compliance.

1. Imprisonment
North Korea operates a “gulag” system of concentration camps. They exist in order to contain the most dissident political and criminal elements.

3. “Hostages”
This system is primarily used to keep those who must have contact with the external world in service of the country, as well as loyal to the country. Embassy staff, delegations, air crew and other state servants fall into this category.

Their family members are likely to live in Pyongyang and be under surveillance there. If they show themselves to be untrustworthy or disloyal, their families will receive punitive treatment. This “hostage” system provides a powerful grip to keep those going abroad to remain loyal and to return back to the country.

North Korea is a very small country. It is about the size of Pennsylvania and the core population areas are no more than 200 kilometers away from Pyongyang.

The smallness of the country’s territory serves the Kim clan’s purposes. It is a de facto natural lid to prevent major regional differences from developing. The closeness from Pyongyang also enables the leadership to keep a close eye on the hinterland.

The essential political task of the regime is to actively co-opt 10-15% of the population. Having them in the regime’s hold by offering them limited, but much sought after mobility is a strong carrot for the talented. They, in turn, provide a sufficiently large base to control the other 90%.

The hinterland relates to Pyongyang as in a hub-and-spoke relationship. There are very limited opportunities for peer-to-peer communications within the hinterland. This lack of communication is a major hurdle to any form of alternative political or social movement within the country.

Also, the privileged elite — being well taken care of and living in limited isolation in Pyongyang — does not strongly identify with the rest of the country. More importantly, these people do not have any incentives to organize against the party.

It is this robust political management system — delivering basic needs, co-option, spreading fear and offering some opportunities within the country — that has enabled the regime to survive the many ups and downs over 66 years.

All told, there have been three intra-family power successions, each time from father to son, the collapse of the Soviet Union, natural disasters, shortages of food and fuel, immense prosperity in neighboring Japan and South Korea, the rise of China and economic boycotts.

The North Korean people’s capacity to withstand hardship, their virulent patriotism and the difficulties to build alternative organizations within the country are factors not to be underestimated when gauging the strength and longevity of the Kim regime.

The system’s greatest weak point is being seen to be weak and to have the aura of invincibility dented. It is in this domestic context that the nuclear program becomes non-negotiable under any and all circumstances.