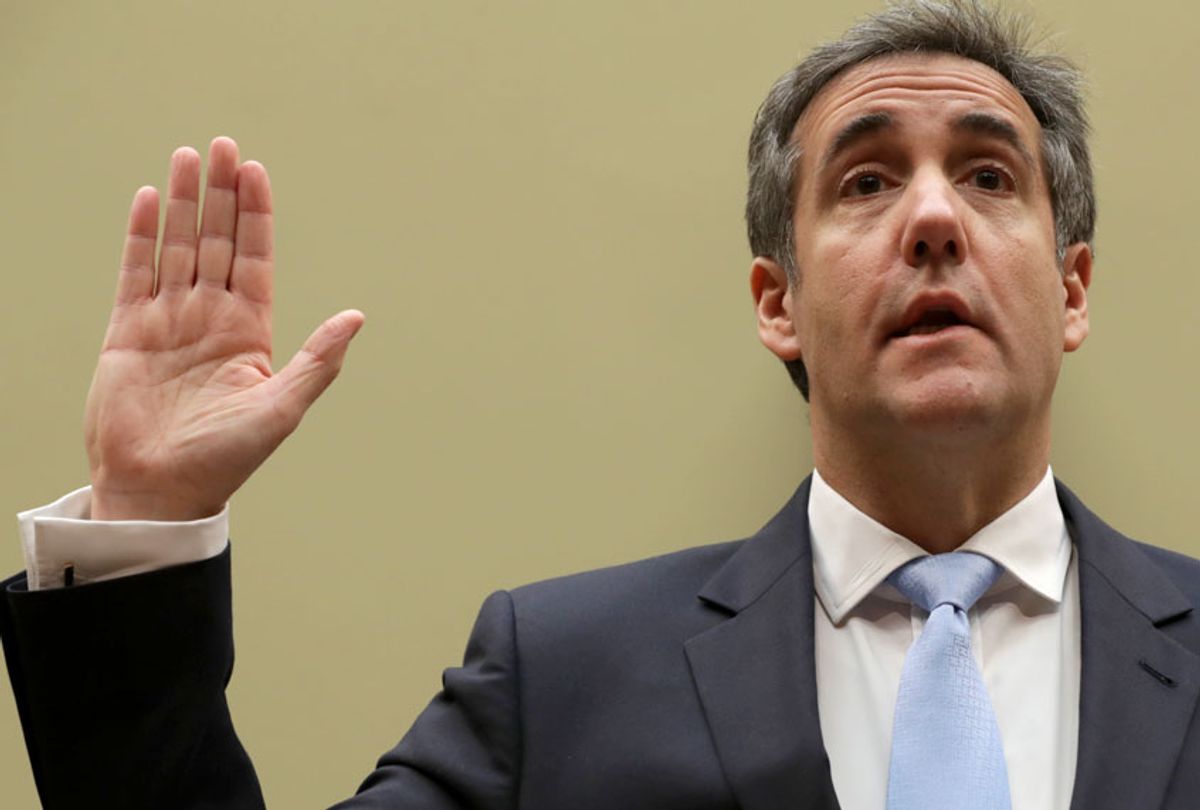 When President Donald Trump’s former personal attorney, Michael Cohen, testified before the House Oversight Committee on Wednesday, two of the Republicans who questioned him the most aggressively were Rep. Jim Jordan of Ohio and North Carolina Rep. Mark Meadows (who heads the far-right House Freedom Caucus). And the Trump allies are now asking the U.S. Justice Department to investigate Cohen for possible perjury.

Jordan, during the February 27 hearing, tried to paint Cohen’s anti-Trump testimony as a case of sour grapes: Cohen, Jordan claimed, was bitter because Trump didn’t give him a job in the White House—a claim that Cohen denied.

Cohen testified, “I was extremely proud to be the personal attorney for the president of the United States of America. I did not want to go to the White House.” And Jordan and Meadows are alleging that Cohen was lying when he said that because filings by federal attorneys for the Southern District of New York—as well as personal communications—show that Cohen expected a job in the Trump administration.

In their letter to the Justice Department, Jordan and Meadows wrote, “Mr. Cohen’s testimony is material to the Committee’s assessment of Mr. Cohen’s motive to monetize his former association with President Trump. It is essential that the Department of Justice investigate these remarkable contradictions between Mr. Cohen, the SDNY prosecutors, and the public accounts of witnesses with firsthand information.”

Rep. Elijah Cummings, who now heads the House Oversight Committee, has a hard time believing that Cohen was disappointed that he didn’t land a position in the Trump administration. Cohen, Cummings has noted, stood to make “a hell of a lot more money outside the White House than in the White House.”