"Kim and his evil regime are responsible for . . . inhumanity. No excuses or lavish praise can change that" 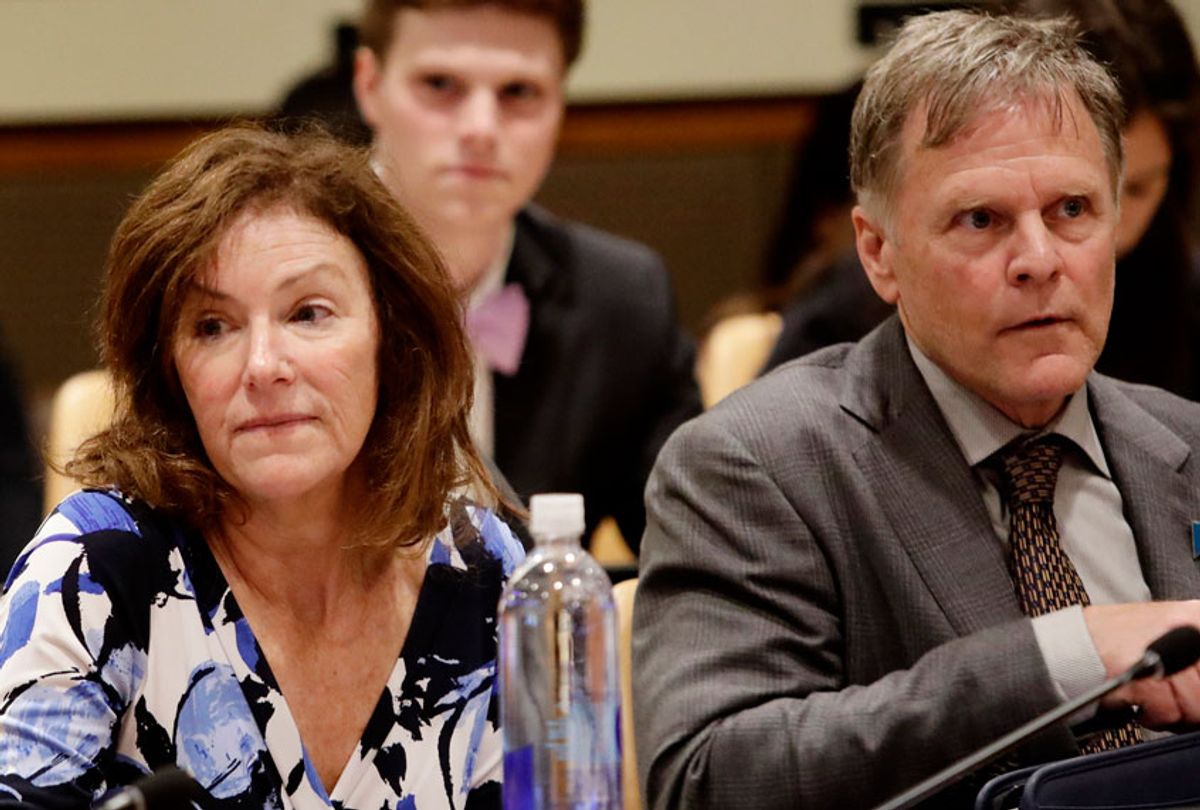 Cindy and Fred Warmbier, parents of Otto Warmbier, an American who died last year, days after his release from captivity in North Korea, wait for a meeting Thursday, May 3, 2018, at the United Nations headquarters. (AP/Frank Franklin II)
--

The family of Otto Warmbier, an American college student who died after being released from a North Korean prison, has issued an official statement on President Donald Trump’s meeting in Hanoi, Vietnam with North Korean dictator Kim Jong-un this week.

In Hanoi, Trump stated that Jong Un denied knowing anything about Otto Warmbier, who was 22 when the student died—and that he saw no reason not to take him at this word.