I'm on the spectrum and can't drive — and there are plenty more like me. Now, scientists home in on our struggle 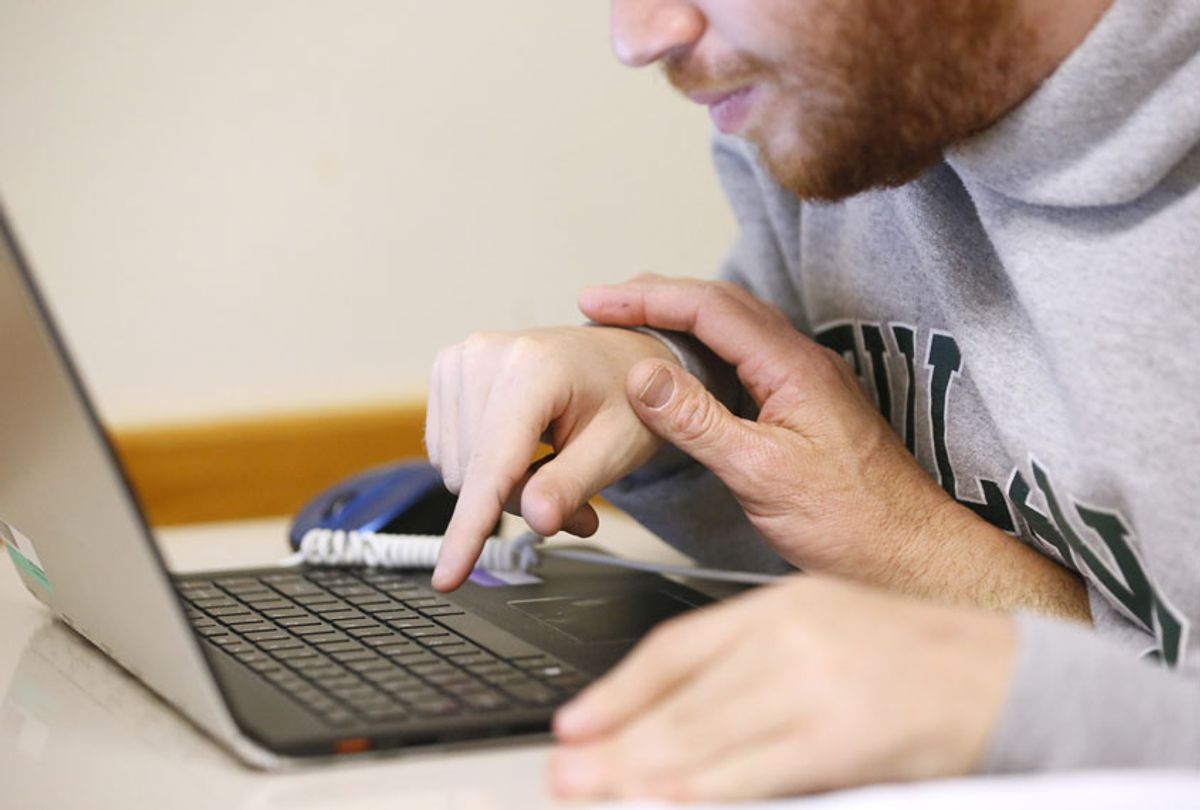 I've found myself explaining this quite a bit since 2012, when my piece for Mic responding to Sandy Hook shooter Adam Lanza's reported Asperger's diagnosis introduced me to the world of personal writing about being on the autism spectrum. It is common for people to assume that if they're familiar with one or two people on the spectrum — or if they've encountered caricatures of autistic people in popular culture — that they know everything they need to understand.

Yet the truth is that autism manifests itself quite differently from person to person — and one example of this are the physical disabilities that often accompany being on the spectrum.

Personally, I have always struggled with fine motor skills and hand-eye coordination. Growing up, I needed occupational and physical therapy, and even today I can't drive a car or successfully play most video games, both of which have impaired my social life and, in the case of not being able to drive, led to some considerable economic hardship. It is one of those disabilities which, though invisible to the naked eye, becomes readily apparent whenever other people expect that I'll be able to "just do" certain things, because most other people can also do so.

I am far from alone among autistic people struggling with these kinds of physical hardships.

"I'm not formally diagnosed with any other physical conditions, but there have been certain things I've dealt with a lot of my life, my entire life," Morénike Giwa-Onaiwu, co-executive director of the Autistic Women & Nonbinary Network, told Salon. She continued:

"I've had migraines since I was a very small child. Very, very debilitating migraines, the type where you miss a number of days of school, or you might miss work. Where there's medication is not really giving you much relief. I've had a lot of issues with that throughout my life and its been very challenging. So I've had also issues with fine motor and gross motor. There's kind of a stereotype of the autistic person who has issues with coordination, or clumsiness, and it's interesting because it is a spectrum it varies so we have people who are phenomenal athletes that can hyper-focus on an activity, and then we have those of us who trip over own feet every second of every day like myself."

Salon also spoke with Alex Plank, founder of autism forum WrongPlanet.net, who, though not experiencing physical disabilities himself, recalled experiences of others he had spoken to.

"I've met quite a few people on the spectrum with physical disabilities," Plank explained. "While it's certainly hard to say what the cause is, or if these disabilities are connected to autism, the way we experience them are inexorably linked to our autism."

"Often times, our communication and sensory difficulties can make it hard for us to go to the doctor's office so getting treatment for disabilities can be a challenge for those on the spectrum," he added. "Unfortunately, many of us don't get the treatment we need because the medical system is designed for neurotypicals."

What causes there to be a physical disability component to autism? To learn more, I spoke with Dr. Stéphane Baudouin of Cardiff University's School of Biosciences. Baudouin has been involved in scientific research that has established a link between a genetic mutation and developmental movement impairments in autism, in the hope that unlocking the genetic mechanisms that cause motor issues in autism can eventually help provide treatment.

"People are very surprised by the fact that autism is associated with motor symptoms," Baudouin told Salon. "It's largely known in the literature ... in our papers, I think it's 70% of people with autism have motor symptoms. And so the thing that I've learned by doing it is, or the thing we decided to do, is to focus on those symptoms that are equally important for people with autism. To try to provide some biological rationale for them, and also possibilities for treatment. So that's pretty much the idea."

Baudouin also discussed what he had learned by studying autism in mice.

"We looked at a mouse model for autism, which is basically a model where we deleted a gene, a known risk factor for autism, which is called CYFIP1," he explained. "And what we discovered in this animal is that they have defect in social behavior, but also in motor behavior. And so we were interested to know if this defect in motor behavior was accompanied by defect in formation of synapses in an area of the brain which is involved in a control of motor behavior, which is called the motor cortex. And we looked in there, and we indeed found that there was a decreased number of synapses or connections between neurons. What we were surprised to see is that in this brain region, there is ... the mutant mice remained able to form new synapses following training, despite their inability to learn."

He added, "So what we're wondering is, if we train them earlier during the developments at the time point where the formation and elimination of synapses is a much faster due to growth and development, we would be able to restore this motor deficit. And so that's what we did, and what we showed is that if you provide the correct behavioral training to the animal, you can restore or actually partially restore the motor phenotype in this individual. And what I think is important in this study is that it's one of the first to show, to demonstrate or to illustrate or to provide a biological rationale for behavior treatment of some symptoms of autism."

Does this mean that someday I'll be able to drive? While Baudouin did not seem to think we were near that point yet, it is reassuring to know that there are scientists out there who are studying how that could be possible. Until then, I'll take comfort in the camaraderie of others with autism who have struggles similar to mine. . . . although, of course, never exactly the same.