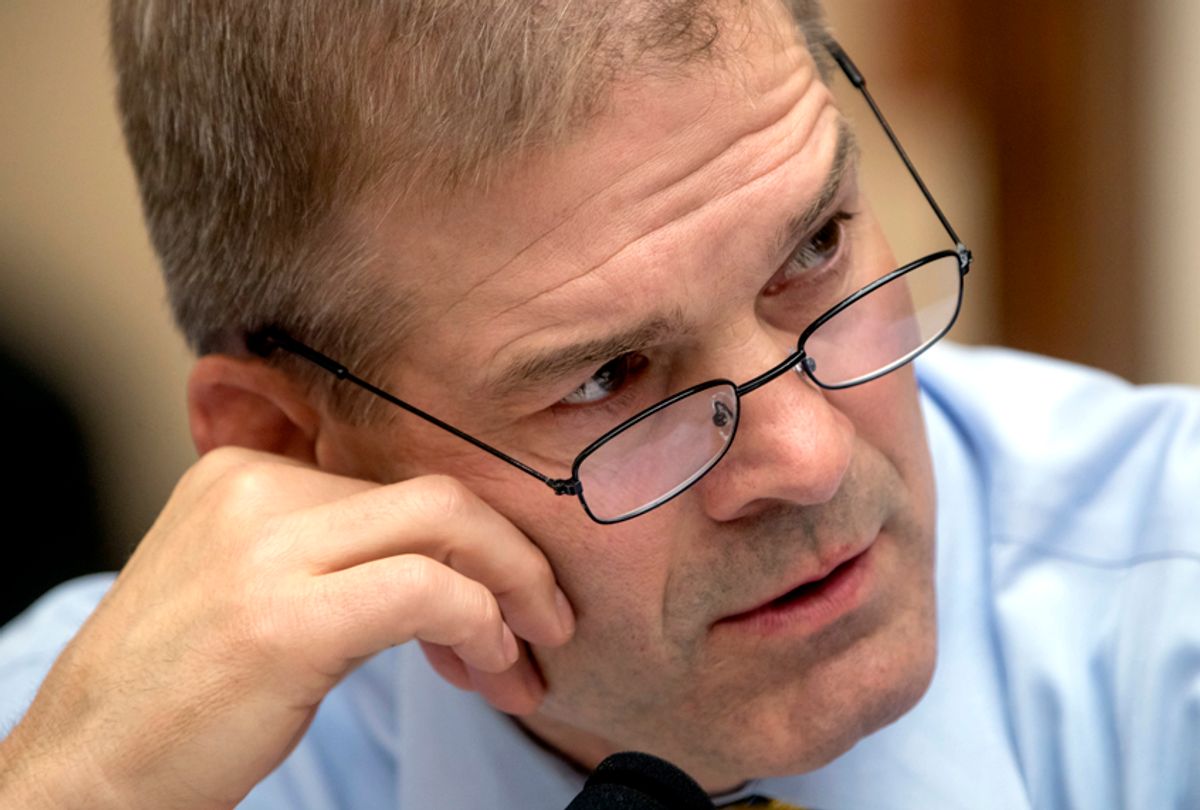 Chuck Todd, the host of NBC's journalism program "Meet the Press," had tough words for Rep. Jim Jordan of Ohio as the Republican congressional leader tried to defend his efforts to discredit the investigation into President Donald Trump.

During one testy moment, Todd asked Jordan whether he believed former Trump lawyer Michael Cohen when he said that he had never been to Prague, even though the controversial Steele dossier claimed that he had.

"He said that and that's something you can verify, and you can look at passports," Jordan told Todd. "You can look at travel. So that undermines this whole dossier, which remember was the basis for this whole crazy investigation to begin with."

Todd interjected, telling Jordan "that isn't the facts" and later adding, "I understand that it is something you believe, but it has not been proven."

"It's the lead thing they took to the FISA court to get the warrant to go spy on the Trump campaign and, oh by the way, it was paid for by the Clinton campaign," Jordan insisted.

Jordan was similarly slippery when Todd asked whether he agreed with the intelligence community's conclusion that Russia had meddled in the 2016 presidential election to elect Trump over Democratic nominee Hillary Clinton.

"Who knows why they did it? But there is zero evidence," Jordan began. After Todd pressed him further, he added "I don’t know. I mean, they can do whatever they’re trying to do, who knows what their motives were? What I know is there is not one bit of evidence to show any type of coordination, collusion, conspiracy whatsoever between the Trump campaign and Russia to impact the election," Jordan explained.

He then pivoted to attacking Clinton, saying that "there is all kinds of evidence to show that the Clinton campaign worked with Russians to impact the election."

Todd also interrogated Jordan about his behavior during the Michael Cohen hearing last week, when Jordan made numerous attempts to attack the Trump-Russia investigation.

"Do you believe Michael Cohen when he said there was no collusion with Russia?" Todd asked, according to a transcript by Raw Story.

"I believe a few things that Michael Cohen said. 'My name is Michael Dean Cohen.’ I believe that," Jordan jokingly replied.

"I’m not questioning and interfering with it. It can be public. At some point there will be some investigation and the Attorney General Bill Barr will decide, will follow the law and release what he wants to release or maybe release the whole thing That’s going to happen. We all know that," Jordan replied.

Last month it was revealed that Jordan had worked closely with other pro-Trump Republican congressmen, including Reps. Matt Gaetz of Florida and Devin Nunes of California, to try to undermine the Democratic investigations into the Trump-Russia scandal. Jordan also has had his political reputation tarnished by an unrelated controversy, one in which he was accused of turning a blind eye toward alleged sexual abuse from a doctor while he was an assistant wrestling coach.