And it’s the same one that makes your beer bitter. 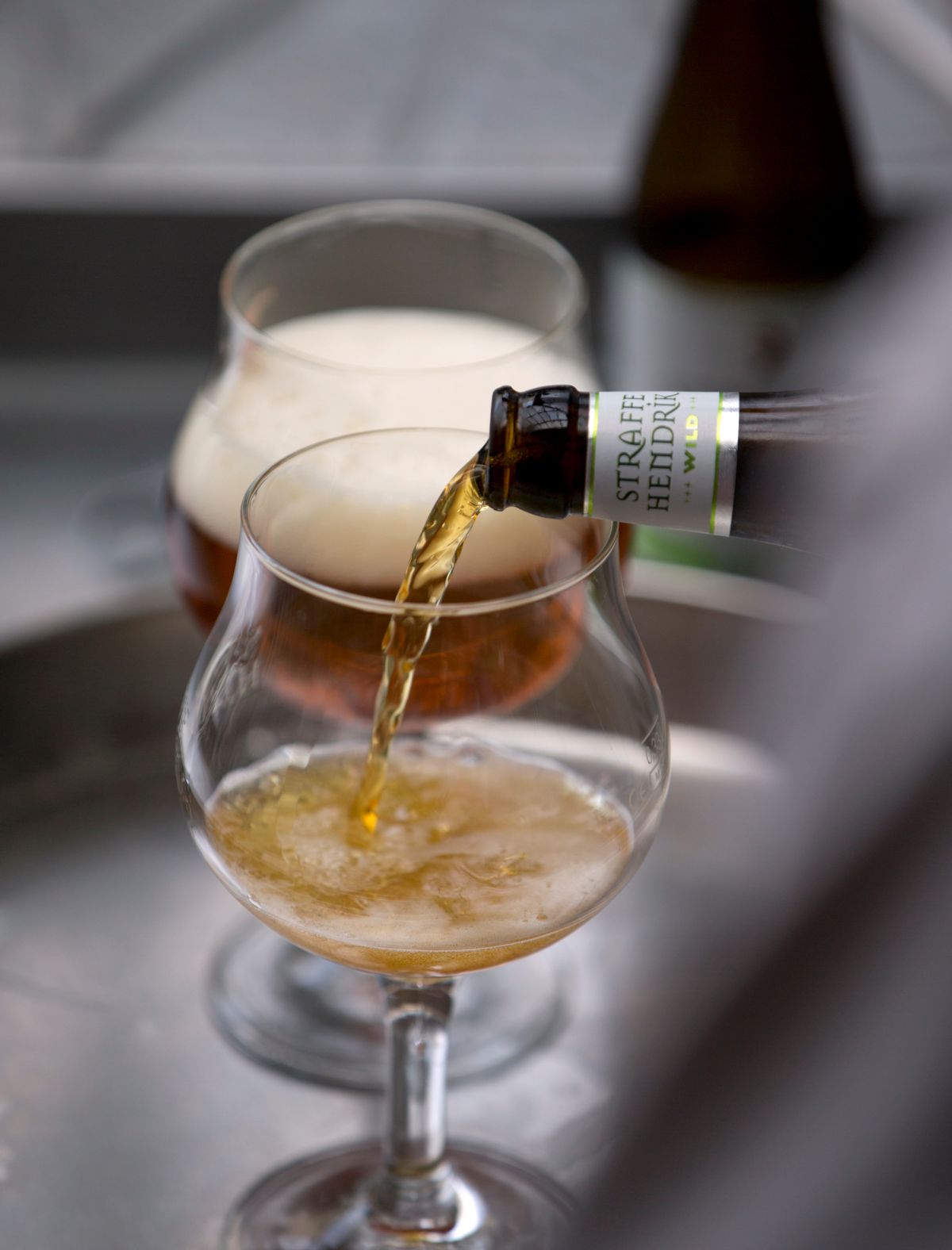 When it comes to beverages and their purported long-term health benefits, we’re used to seeing praise for coffee and wine. Until now, beer has a shoddier reputation — but new research suggests it could belong in the same pantheon. It turns out that hops, the main flavoring agents in beer, may have beneficial effects on health too.

Hops are the green, cone-shaped flowers of the female hop plant Humulus lupulus—which sounds like the answer to a trivia question about the letter ‘u.’ During brewing, dried hop cones are typically added to boiling malt to impart their flavor to the nascent liquid. Their floral, often citrusy-tasting extracts provide a bitter counterbalance to the sweetness of malted barley in many types of beer, most notably IPAs and barleywines. While many different compounds occur naturally in hops, they owe their bitter flavor to one class of compounds called isohumulones, which make up 80 percent of hop extracts.

Multiple studies over the past decade show that isohumulones have beneficial metabolic effects in both laboratory animals and humans. In a series of papers since 2009, one hop extract formulation was shown to suppress inflammation in human cells, reduce weight gain in mice on a high-fat diet, and increase glucose tolerance in a mouse model of type 2 diabetes. Perhaps most impressively, in a placebo-controlled study of prediabetic Japanese patients, those taking an isohumulone supplement both reduced their hyperglycemia and decreased their body fat.

But it’s proven difficult to determine exactly why these compounds have such beneficial health effects. There are many different types of isohumulones, and hop cones produce a complex mixture. Their molecular similarity has kept researchers from isolating individual molecules, and without a single, pure compound to study, it’s difficult to conclusively demonstrate what isohumulones are doing in vivo.

Fortunately, in 2014 a pharmaceutical research firm created a pure synthetic isohumulone they called KDT501. They showed that KDT501 had anti-inflammatory and anti-diabetic properties like those naturally in hops: in two different mouse models of obesity, the molecule reduced fat mass, cholesterol, and weight gain. These researchers did not figure out how KDT501 works, but observed that its effects were notsimilar to either of two known diabetes drugs, metformin and pioglitazone, which reduce insulin in obese mice but not cholesterol or weight gain. So the question still remained—how do the isohumulones in hops improve metabolism?

A research team from The Scripps Research Institute found that answer by taking a big step back and focusing on one thing we certainly know about isohumulones—they are bitter. To elicit that taste, all bitter compounds bind to taste receptors on the taste buds of our tongues. There are dozens of subtypes of bitter taste receptors, and some are found in other tissues in the body. When the team analyzed extra-oral bitter taste receptors in the intestinal tract, they found a single subtype that binds to the synthetic isohumulone KDT501.

What this receptor does next is surprising. Unlike the cells in taste buds, intestinal cells aren’t wired to cranial nerves that transmit sensory information. Instead, binding KDT501 causes it to trigger the release of hormones called incretins. These chemical signals are associated with feeling full: They tell the pancreas to increase insulin secretion, decreasing blood glucose levels after eating. This is especially important in diabetics and the obese, who each have chronically elevated blood sugar.

Researchers found that in mice who got fat from overeating, treatment with KDT501 before a meal caused them to clear glucose from their blood significantly faster than untreated control mice. The effect was even more potent when these diet-induced obese mice (DIO) were treated daily for four days: Their incretin levels increased 10-fold, while their fasting blood sugar plummeted and insulin sensitivity improved.

Incretin regulation is a known therapeutic target for metabolic disorders. In fact, there are already FDA-approved hyperglycemia treatments that inhibit an enzyme called DPP-IV that breaks down incretins. The researchers wondered if a DPP-IV inhibitor could work together with KDT501 to further augment incretin levels. When they treated DIO mice with both molecules, the mice produced even higher levels of incretins than with either the DPP-IV inhibitor or KDT501 alone.

Finally, the researchers treated DIO mice with KDT501 every day for a month. At the end of this experiment, these mice weighed less and had lower fat mass than control animals, but curiously, there was no difference in food intake between the two cohorts. If KDT501 boosts satiety-inducing incretins, why did they eat the same amount of food, and how did the treatment cohort achieve their metabolic gains? The researchers found the KDT501-treated mice displayed increased energy expenditure and had elevated levels of cholesterol and free fatty acids in their feces. So even though the treated mice did not change their food intake or exercise more, they lost weight because they were better at burning fat, and absorbed less of it from their diet.

This research suggests that taste receptors in the mouse gut are the conduit through which KDT501 produces its metabolic benefits. This is likely to be true in humans as well, given previous trials with isohumulone supplements, but before you start buying 30-racks, there’s still a whole lot we don’t know: Do isohumulones work as robustly in humans as in mice, and how much does the effect vary from person to person? Will the bitterest isohumulones—and therefore bitterest hop variants—produce the strongest incretin boosts? Are the anti-inflammatory effects observed in clinical trials a consequence of the improved metabolic state, or is there also another mechanism at work? And how great would it be if the isohumulones in beer can counterbalance the calories to help nudge our metabolism in the right direction?

I don’t know about you, but I’ll have an IPA while I await the answers to these questions. Seems like the researchers will, too.