Rep. Nadler vows to obtain documents about Trump's scandals while Sen. Warner says there is already proof of crimes 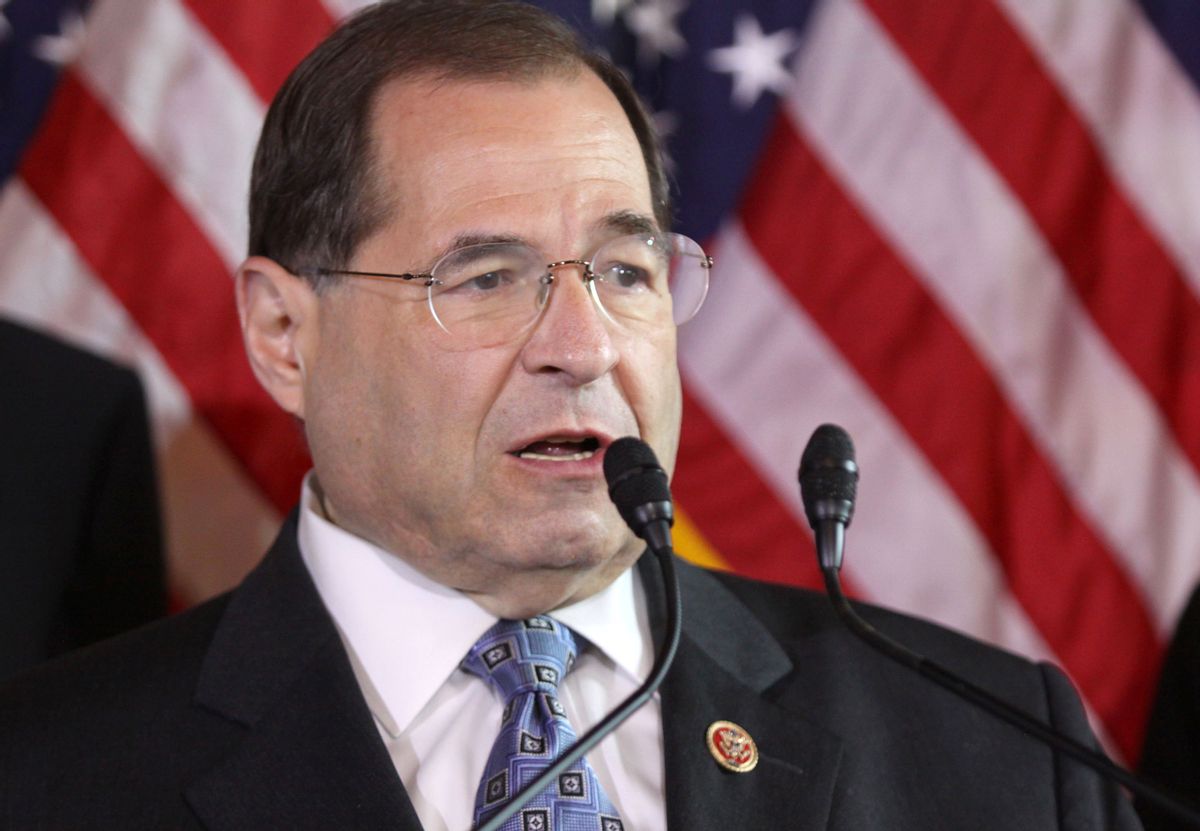 A pair of powerful Democratic legislators appeared on the Sunday talk shows to discuss their plans for holding President Donald Trump accountable for his alleged crimes.

During his appearance on the ABC show "This Week," New York Rep. Jerrold Nadler told host George Stephanopoulos that he intended to issue document requests to more than 60 people as the House Judiciary Committee (which Nadler chairs) begins to investigate Trump's numerous scandals, according to Politico. As Nadler explained, "Tomorrow we will be issuing document requests from over 60 different people from the White House, to the Department of Justice, Donald Trump Jr., Allen Weisselberg to begin the investigations to present the case to the American people about obstruction of justice, corruption and abuse of power."

He added, "What we learned from the Cohen testimony is that he directly implicated the president in various crimes, both while seeking the office of president and while in the White House."

Weisselberg, the chief financial officer of the Trump Organization, was mentioned by former Trump attorney Michael Cohen as possibly committing a number of campaign finance crimes during his hearing last week. The Wall Street Journal reports that Trump's son Eric, his daughter Ivanka, his son-in-law Jared Kushner and his former White House chief of staff John Kelly are also going to be the targets of document requests.

When asked if he believed Trump was guilty of obstruction of justice, Nadler responded that "Yes I do. It's very clear that the president obstructed justice."

Sen. Mark Warner of Virginia, the vice chairman of the Senate Intelligence Committee, told Chuck Todd of NBC's "Meet the Press" that he also had serious concerns about whether Trump had committed crimes.

"We now know that Mr. Trump or his operation was still trying to do business with Moscow up until his election," Warner told Todd. "We now know that his campaign chairman, Paul Manafort, gave confidential information to a Russian agent and we don't know what that Russian agent did with that. We now know as well, in one of the questions I still am trying to get answered, is that frankly embarrassing meeting between Trump and Putin where on the world stage, the President of the United States kowtowed to the Russian president. I still don't know, they don't have to tell me, but I still don't know whether anyone in the Trump administration at the most senior levels ever got a read out."

Warner also made it clear to Todd that he believed plenty of evidence already exists of Trump's alleged crimes.

"Mr. Trump knew about the dump of the WikiLeaks material, the fact that clearly the meeting at Trump Tower, meeting which was not described appropriately in terms of offering dirt, the president's campaign manager sharing information, polling information with the Russians. The earlier instance where Russians were offering through one of the campaigns’ Papadopoulos information. To me, that's all evidence," Warner explained.

He later added, "I have never in my lifetime seen a presidential campaign from a person of either party have this much outreach to a foreign country, and a foreign country that the intelligence community and our committee has validated, intervened massively in our election and intervened with an attempt to help one candidate, Donald Trump, and to hurt another candidate, Hillary Clinton."