New York governor and his allies apologize to Amazon CEO, beg him to reconsider. Activists remain ready to fight 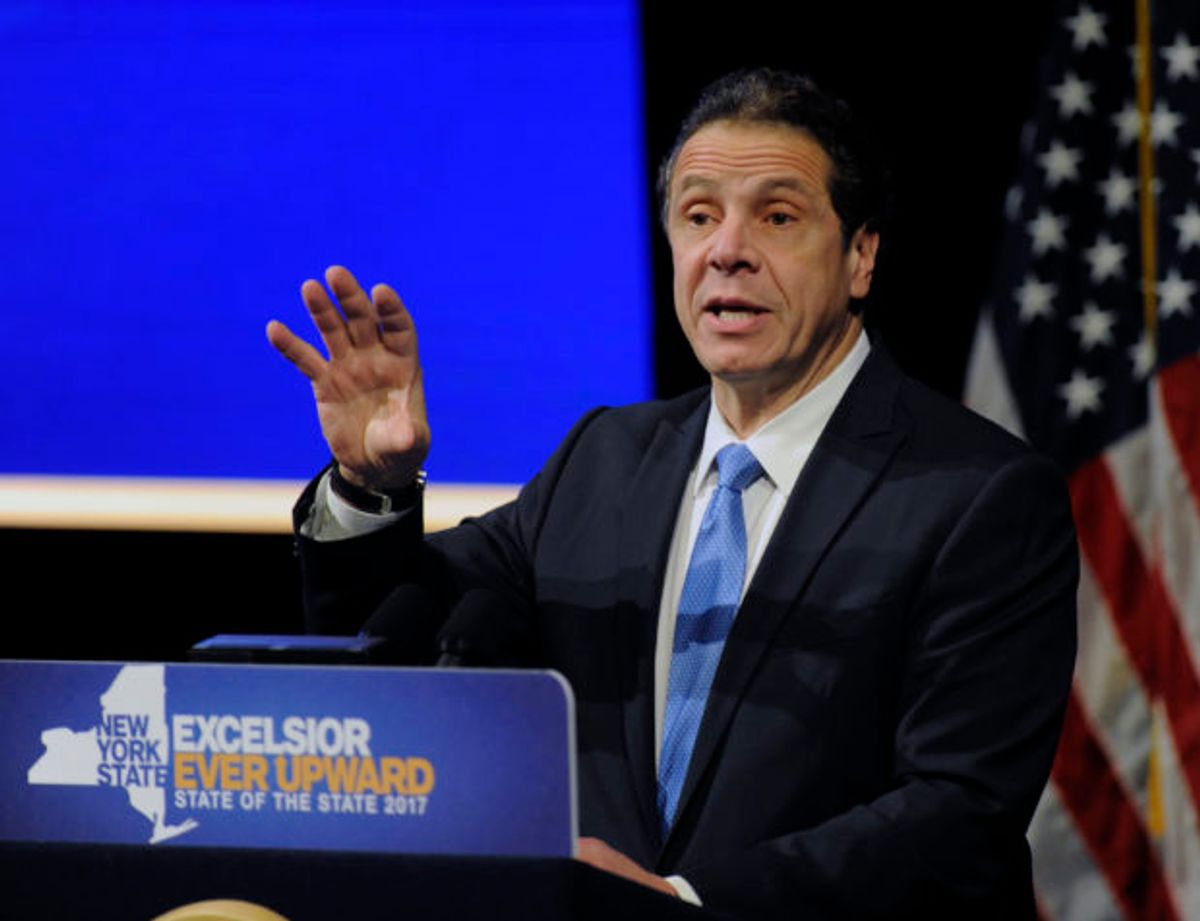 New York Gov. Andrew Cuomo was accused of "groveling at the feet" of Amazon CEO Jeff Bezos last week, following reports that Cuomo has been pleading directly with the billionaire to revive its recently-abandoned plans to build the company's HQ2 site in Long Island City, Queens.

"The governor has had multiple phone conversations with Amazon executives, including Mr. Bezos, over the past two weeks," the New York Times reported, citing two people with knowledge of the discussions. "In those calls, Mr. Cuomo said he would navigate the company through the byzantine governmental process."

News of Cuomo's behind-the-scenes talks with Amazon comes just over two weeks after the company decided to cancel plans to build a second headquarters in New York — a project for which it would have received more than $3 billion in taxpayer subsidies.

The Amazon deal was strongly opposed by local progressive advocacy groups, major unions and a number of New York politicians, who argued that the proposed HQ2 would contribute to already soaring housing prices and staggering income inequality in the state.

Despite widespread grassroots opposition to the deal, Cuomo plans to "take over the process and can comfortably assure Amazon the approval will get done," Dani Lever, the governor's communications director, told the Times.

In a statement responding to Cuomo's efforts to lure Amazon back to Long Island City, Deborah Axt — co-executive director of the community advocacy group Make the Road New York — said the governor needs to stop trying to flatter the world's richest man and "start listening to our communities, who overwhelmingly reject this deal."

Cuomo is hardly alone in his attempt to bring Amazon back to New York over the protests of state politicians, members of Congress like Rep. Alexandria Ocasio-Cortez, D-N.Y., and progressive advocacy groups.

In an open letter published as a full-page ad in the New York Times on Friday, a coalition of Wall Street CEOs, more than 70 labor unions and prominent New York Democrats including Rep. Hakeem Jeffries, D-N.Y., apologized to Amazon for being "rough and not very welcoming" and begged the online retail behemoth to "reconsider" its decision to cancel the Queens headquarters project.

"Opinions are strong in New York — sometimes strident. We consider it part of the New York charm!" the letter reads. "But when we commit to a project as important as this, we figure out how to get it done in a way that works for everyone."