"She has no place in the Congress," Republican strategist Jeff Ballabon said on the Fox Business Channel 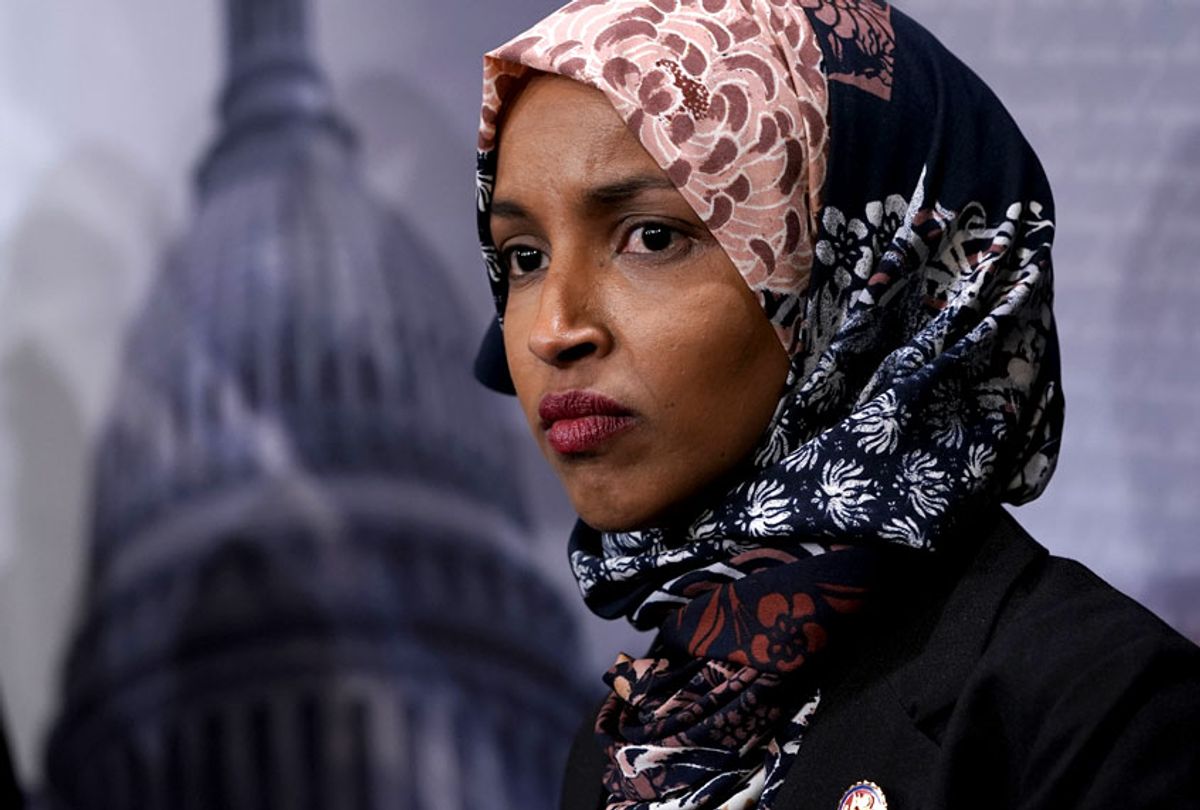 Rep. Ilhan Omar of Minnesota recently sparked a major controversy when she criticized U.S. support for Israel and used some rhetoric that House Speaker Nancy Pelosi was quick to denounce as anti-Semitic. Pelosi demanded an immediate apology, and Omar asserted that she apologized “unequivocally.” Regardless, far-right Republicans have maintained that her apology wasn’t enough, including GOP strategist Jeff Ballabon—who described Omar as a “filthy, disgusting hater” during a March 4 appearance on the Fox Business Channel.

Ballabon, an advisor for President Donald Trump’s 2020 campaign, told host Stuart Varney, “The problem is that her beliefs are deeply rooted in hatred and anti-Semitism. She is a hater. I’m going to say it: she is filth. She has no place in the Congress. She has no place on the Foreign Affairs Committee.”

Although Pelosi was one of the first people to demand an apology from Omar, Ballabon insisted that the House speaker wasn’t being hard enough on her. Ballabon asserted, “It’s outrageous that Nancy Pelosi, the speaker of the House—the most powerful Democrat in America—appears on Rolling Stone, hand in hand with her smiling this week. It’s outrageous.”

When Varney asked Ballabon if he was comfortable using such “strong language” to attack Omar, the Republican responded, “She is a filthy, disgusting hater. So what if she’s in Congress? That’s the problem. The problem is they have now taken anti-Semitism in its worst, most base, disgusting force, and they’ve mainstreamed it.”

Omar drew widespread criticism recently when she posted, on Twitter, that the U.S. government’s support of Israel was “all about the benjamins.” In hip-hop slang, “benjamins” are hundred dollar bills.

When The Hill reported on Ballabon’s Fox Business appearance and verbal attack on Omar, some readers found it hypocritical for a Trump campaign advisor to be lecturing about bigotry. Twitter user David Sheridan posted, “Fun fact: When Nazis marched down the streets of Charlottesville, Virginia carrying torches and chanting ‘Jews will not replace us,’ and then murdered someone, Trump called them ‘very fine people.’” And a Seattle-based Twitter user, who went by WNBA-Dyke, posted, “GOP: Anti-Semitism is only okay when Trump does it.”