Dr. Lance Dodes makes the case that the president suffers from a dangerous sociopathic disorder 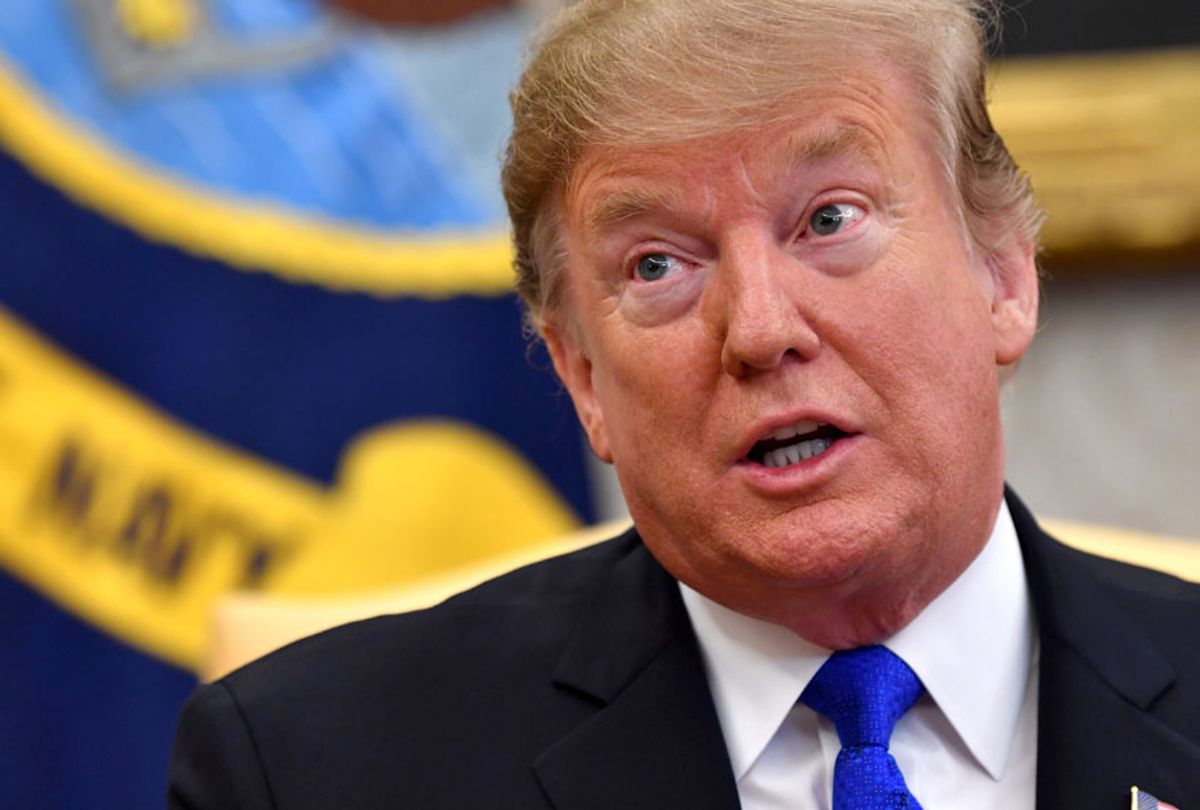 At the same time, Trump met with North Korean dictator Kim Jong Un. The summit failed to secure a de-nuclearization deal and Trump drew criticism when he said that he believed Jong Un’s claim that he hadn’t been aware of Otto Warmbier, the American student imprisoned in North Korea, who died soon after his release to the US.

Raw Story spoke with Dr. Lance Dodes, a Training and Supervising Analyst Emeritus with the Boston Psychoanalytic Society and Institute. He recently retired as an assistant clinical professor of psychiatry at Harvard Medical School.

Dodes is a contributor to The Dangerous Case of Donald Trump: 27 Psychiatrists and Mental Health Experts Assess a President. His chapter makes the case that Trump suffers from a dangerous sociopathic disorder.

Tana Ganeva: Following what was largely seen as a failed summit with Kim Jong Un, Donald Trump said he believed the dictator when he said he hadn’t known about Otto Warmbier. Do you see strains of Trump’s sociopathy in this?

Lance Dodes: Mr. Trump is a sociopath, in that he meets every diagnostic criterion for the official diagnostic term “Antisocial Personality Disorder.” The fact that this is a personality disorder, rather than simply a single symptom such as anxiety or depression, means that all his actions are signs of this severe, continuous, mental disturbance.

To understand his actions, it is essential to keep in mind that sociopaths have only one goal: to enhance themselves, and that in pursuing their self-interest, they lack both normal human empathy for others and a normal human conscience. Cheating, conning, lying, stealing, threatening are all done with no remorse.

When stressed with facts that would require them to admit failure, or even that others know more or are more capable than them, sociopaths lose track of reality, becoming delusional with insistence on the truth of what they psychologically need to maintain their superior view of themselves. Indeed, nobody matters except to the degree they can serve the sociopath’s personal needs.

That’s why loyalty is demanded, but as soon as an associate disagrees, the sociopath turns on them with a fury; there was never a real relationship to begin with.

Mr. Trump’s denial of the facts about Mr. Warmbier is consistent with his sociopathy. He ignores reality, is unremorseful about lying and does not hesitate to sacrifice the feelings of others such as Mr. Warmbier’s family. We don’t know exactly why he lied in this case, but one possibility is that Mr. Trump has heavily promoted his relationship with Kim as evidence of his superior ability to manage world tensions and thinks that confronting Kim would interfere with that, hence personally diminishing Mr. Trump. In any case, Mr. Trump’s absence of feelings for Mr. Warmbier or his family is the same as his absence of feelings for the disabled reporter he mocked, for religious and racial minorities, for children separated from their parents at the border and on and on.

Tana Ganeva: What made you first consider that Donald Trump is a sociopath?

Lance Dodes: Mr. Trump has a long history that proves his diagnosis. If you consider the 7 traits that define Antisocial Personality Disorder in the DSM-5, he meets every one of them:

1. Failure to conform to social norms with respect to lawful behaviors.
2. Deceitfulness, as indicated by repeated lying … or conning others for personal profit or pleasure
3. Impulsivity or failure to plan ahead
4. Irritability and aggressiveness
5. Reckless disregard for safety of self or others.
6. Consistent irresponsibility, as indicated by repeated failure to sustain consistent work behavior or honor financial obligations
7. Lack of remorse, as indicated by being indifferent to or rationalizing having hurt, mistreated, or stolen from another.

Tana Ganeva: What’s the danger of having a sociopath in charge of the US?

Lance Dodes: Sociopathy is the most serious mental disability possible for the President. Other conditions do not lead to continual disregard for the welfare of others, lying, cheating, and repeated loss of reality under stress.

The bogus argument made by some that Abraham Lincoln is known to have suffered with depression, so Mr. Trump is not different, fails on this point. Lincoln’s depression did not make him cruel or indifferent to the feelings of others, cheat, lie, lose track of reality when stressed, or have a need to be an absolute ruler over everyone.

There are two major risks from Mr. Trump.

First, there is a serious risk that he will start a war to distract the country from his multiple failures and his attempts to become a one-man ruler. This is most likely to occur as he is stressed by challenges to his position as President. Other tyrants have plunged their nations into war, sometimes by creating an international incident as an excuse, to avoid internal disputes and solidify power.

Second, there is a serious risk of his destroying democracy in this country. He has already eroded it by attacking the principle of balance of powers, attacking the judicial system and the Congress, attempting to gather all power to himself. He has tried to destroy our free press by claiming that its criticisms of him are “fake news” and that a free press is the enemy of the people. These are well-known tactics of would-be tyrants, and are signs of sociopathy with his single-minded concern for himself and absence of conscience or concern for the feelings or lives of anyone else.

Editor’s note: While Dr. Dodes takes the position that equating sociopathy with an official DSM diagnosis is important for warning against the dangers, the book does not, itself, make a single DSM diagnosis.