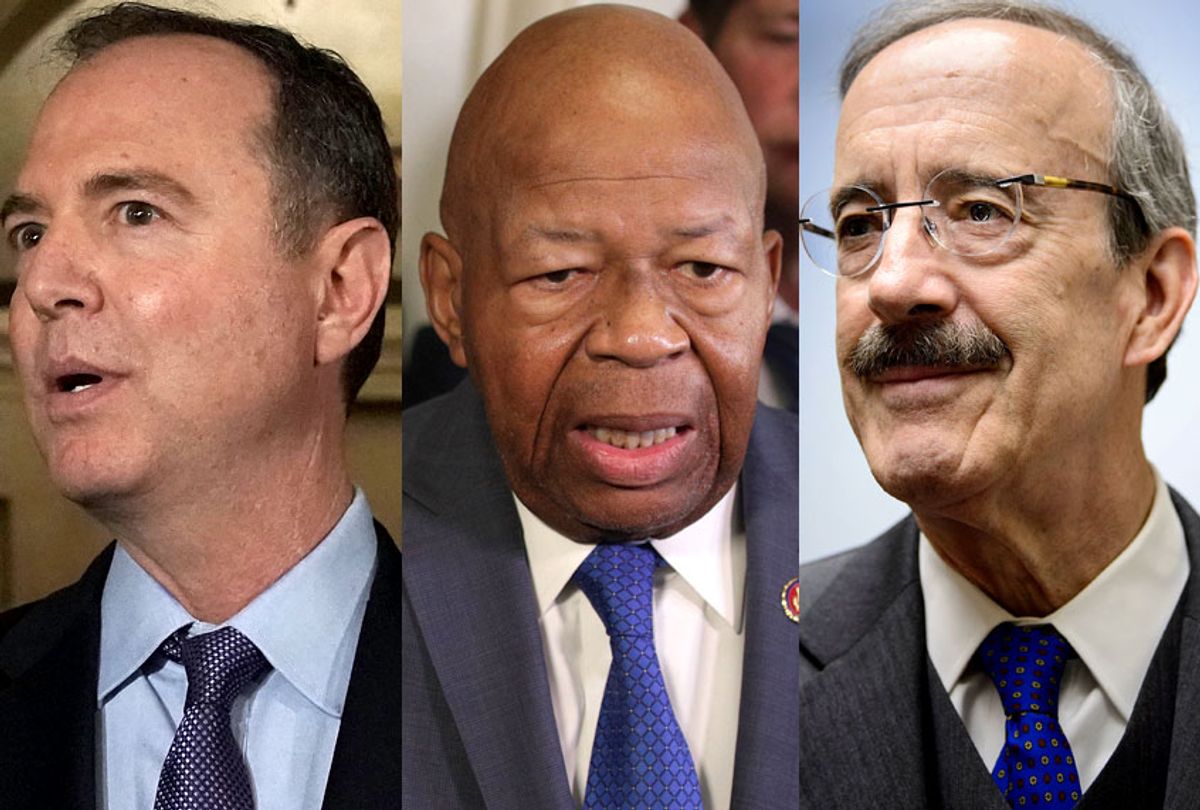 Three House Democratic chairmen — Reps. Adam Schiff of the Intelligence Committee, Eliot Engel of the Foreign Affairs Committee and Elijah Cummings of the Oversight and Government Reform Committee — wrote to the White House and the State Department on Monday to demand documents and interviews related to President Donald Trump's communications with Russian President Vladimir Putin.

In their letter, the Democratic leaders allege that Trump, on multiple occasions, "appears to have taken steps to conceal the details of his communications with President Putin from other administration officials, Congress and the American people," noting that Trump reportedly "seized notes" related to at least one meeting held with Putin and "directed" an American interpret "not to discuss the substance of communications" with Putin with other federal officials.

The top Democrats noted that Trump may have violated the Presidential Records Act if he destroyed any records relating to his communications with Putin. As of this writing, there is no record of the president's face-to-face interactions with the Russian leader at five locations over the past two years, even in classified files, U.S. officials said according to the Washington Post. Additionally, the Post reported in January that Trump had taken the notes from his interpreter after a meeting with Putin and instructed the linguist not to discuss the meeting with administration officials.

Cummings, Schiff and Engel's requests follow up on a joint letter the chairmen sent to the White House last month, in which they requested information about records maintained during Trump's discussions with Putin. The White House did not provide a response to their inquiry.

Their demands also come on the same day that Democrats on the House Judiciary Committee launched a sweeping new investigation into Trump, demanding documents from more than 80 agencies, people and entities related to Trump amid an investigation into potential obstruction of justice, public corruption and abuses of power. House Judiciary Committee Chairman Jerrold Nadler, D-N.Y., requested letters similar to Schiff, Engel and Cummings earlier Monday. Nadler has asked the White House for "contents of meetings between President Trump and Vladimir Putin on July 7, 2017, November 11, 2017, July 16, 2018 and November 30, 2018."

"Congress has a constitutional duty to conduct oversight over the [State] Department and the White House to determine, among other things, the impact of those communications on U.S. foreign policy, whether federal officials, including President Trump, have acted in the national interest, and whether the applicable laws, regulations and agency procedures with respect to diplomatic communications with President Putin and other foreign leaders have been complied with and remain sufficient," Schiff, Engel and Cummings wrote in their joint letter.